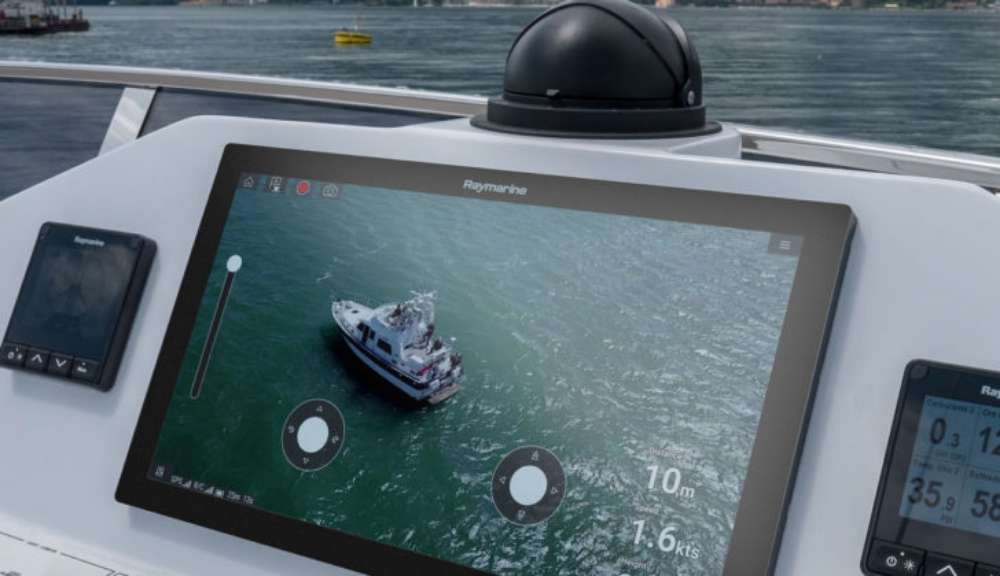 According to legend, the term “crow’s nest” derives from the practice of Viking sailors, who carried crows or ravens in a cage secured to the top of the mast. In cases of poor visibility, a crow was released, and the navigator plotted a course corresponding to the bird’s flight path, which invariably headed toward the nearest land.

If the bird didn’t return, it was a sign that land was near. The Bible also tells us that while on the ark, Noah released a raven first, and then doves, to find dry land.

Sailing vessels used a crow’s nest as a vantage point to spot other ships, hazards, land or, in the case of fishing ships, fish schools near the surface, long before radar was invented.

Fishermen have always relied on the understanding of the elements to guide them: the water current, its temperature, the direction of the wind and its humidity are important information used to locate fish. Now, drones are bringing some fish-finding technology back above the water.

Modern times have given fishermen new tools to search for fish schools, from the radar or sonar to GPS. Fish shoal and school together because large numbers gives them some kind of protection against some of their natural predators. The same critical mass that provides the safety of numbers also makes them easier to spot.

Drones make it more accessible to search for large quantities of fish or in some cases, large fish. While owners of bigger offshore fishing boats may have the economic means to use technologies like multibeam echosounders, small-boat operators may find that drones are an affordable solution to spot fish schools.

Raymarine’s Axiom UAV application is a good example of such a solution, as it brings together the power of advanced marine electronics and advanced unmanned aerial vehicles. 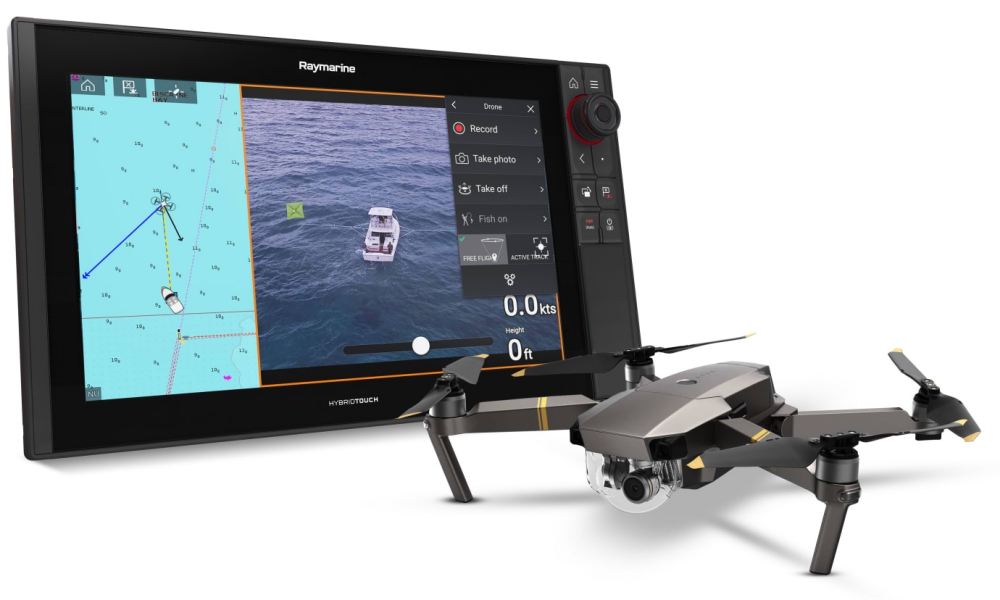 “The Axiom UAV app automates many common tasks, including launch, airborne imaging, in-flight navigation, and return to boat,” according to the company. “Fishing and cruising boats alike can greatly benefit from having this added aerial imaging platform integrated onboard their Axiom navigation display.”

Compatible with a series of DJI Mavic drones, the system is like having a virtual tuna tower to scout for fish in the water ahead of the boat. Even a small boat.

The idea of using aerial means in fishing operations is not new, and for a long time the industry has understood the significant benefits from the usage of airborne image data. According to numbers from 2017, large-scale tuna fishing vessels employ manned helicopters to find fish quickly and reduce fuel use. Ninety percent of the world’s tuna catch is taken in by the 2 percent of the world’s fishing fleet, using helicopters, concludes a study published in 2017, after the Ocean 2017 conference, in Aberdeen, United Kingdom.

The study, “Using vessel-based drones to aid commercial fishing operations,” notes that, “helicopters are expensive, dangerous, and are only accessible to the largest fishing vessels on the sea” and presents a technical and financial analysis of the use of unmanned air systems (UAS, or drones) in fishing. The authors, Gaemus Collins, David Twining and Joshua Wells, from Planck Aerosystems, examine the effect drones could have on typical fishing operations, from the perspective of efficiency, fuel use, revenue and cost. They also consider the technical and financial barriers, to conclude that “drones can provide significant fuel and time savings to commercial fishing operations, at a fraction of the cost of manned aircraft.

Solutions for vessels of any size

Planck Aerosystems is a San Diego-based company offering a range of products and technology to enable drone operations from moving vessels. While current drone technology does not facilitate landing on moving platforms, Planck’s technology solves these problems and allows the drone safe and reliable operation from moving boats. The company adds that “since it requires minimal installed hardware and very little deck space to operate, Planck’s navigation solutions enables drones for vessels of any size.”

One good example of the use of drones by operators of small boats comes from Australia. Roger Fourter’s great grandfather arrived in Eden in the mid 1800s, and for more than 150 years, the family has been fishing the waters of the New South Wales far south coast.

When drones came out, he says, “and I saw what they could do, with a live feed back to a screen, I thought they’d be great for spotting fish. And they are. Fantastic.”

It’s important to understand that if you want to use a drone for commercial fishing, you need to get the necessary licenses from the Federal Aviation Administration, and abide by the rules, but also get in touch with NOAA. A drone flying in any of the National Marine Sanctuary System areas must adhere to sanctuary-regulated overflight zones. In addition to all the federal laws, several states have enacted drone regulations of their own, which should also be checked.

NOAA, on the other hand, is using drones for scientific research, but also to monitor several species of seals and penguins that are indicators of the health of the regional fishery for Antarctic krill. NMFS’ Antarctic Ecosystem Research Division, which has used unmanned aerial systems as tools for scientific monitoring since 2010 and is responsible for the project, worked in conjunction with the UAS Program Office to develop new, less-invasive, cost-effective survey tools that provide crucial information to inform fisheries management — using drones.