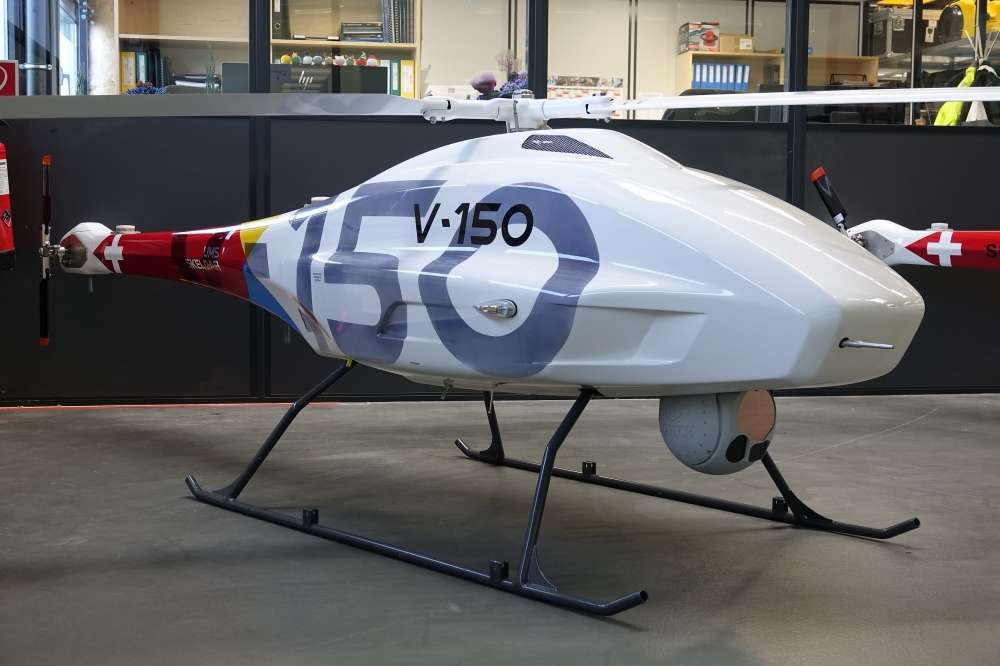 This ITAR-free high-performance UAV is unique in its class and includes an ability to carry multiple payloads across two payload bays (up to 30 kg in the main bay and up to 12 kg in the nose). The new platform has a current endurance of up to 2.5 hours with a 12 kg payload, raising to 4 hours in the near future thanks to modifications already being worked on. It operates on a turbine engine propulsion system that uses heavy fuels, making it perfect for maritime missions. The V-150’s modular design enables a high degree of maintainability alongside a minimum turn-around time during operations, and it has a small logistical footprint ideal for storing in small hangars.

“The new V-150 is the perfect partner for our flagship SKELDAR V-200,” explains David Willems, VP Business Development and Strategy for the joint venture between Saab and UMS AERO GROUP, UMS SKELDAR. “With target sectors including defence forces, coastguards, border patrol agencies, blue light forces, fire departments and drug interdiction and trafficking agencies to name a few, the V-150 has been developed as an easy to use, simple to maintain, UAV that can assist organisations with a wide range of smaller critical activities that ordinarily would entail manned crews taking on at an increased cost.” 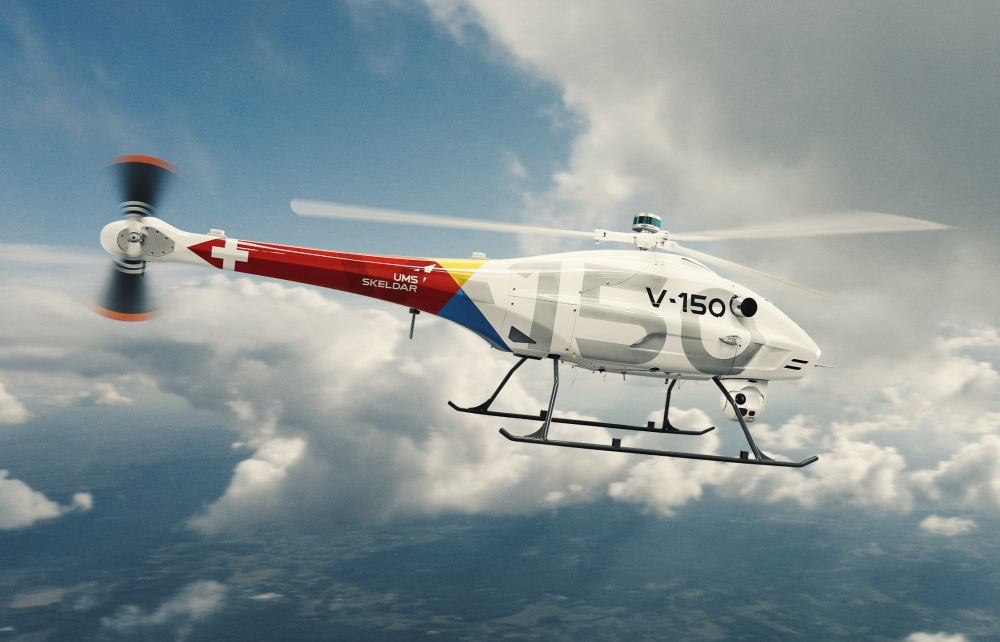 For land-based missions including search and rescue for blue light forces, firefighting missions, emergency response and drug interdiction trafficking, the V-150 can be installed with a combination of EO/IR and Signals Intelligence (SIGINT) sensors to enable the provision of critical mission intelligence in the fields of emergency and security. The SIGINT payload locates targets and forwards their location into the integrated mission management system while the high-quality EO/IR systems provides the imagery. Additionally, the V-150 can be equipped with a range of wide area motion imagery sensors to provide a detailed intelligence, surveillance and reconnaissance (ISR) picture of a large footprint in real-time supporting multiple agencies in their daily operations.