US Navy Invents sUAS Radar with Mini-Mic on Propeller 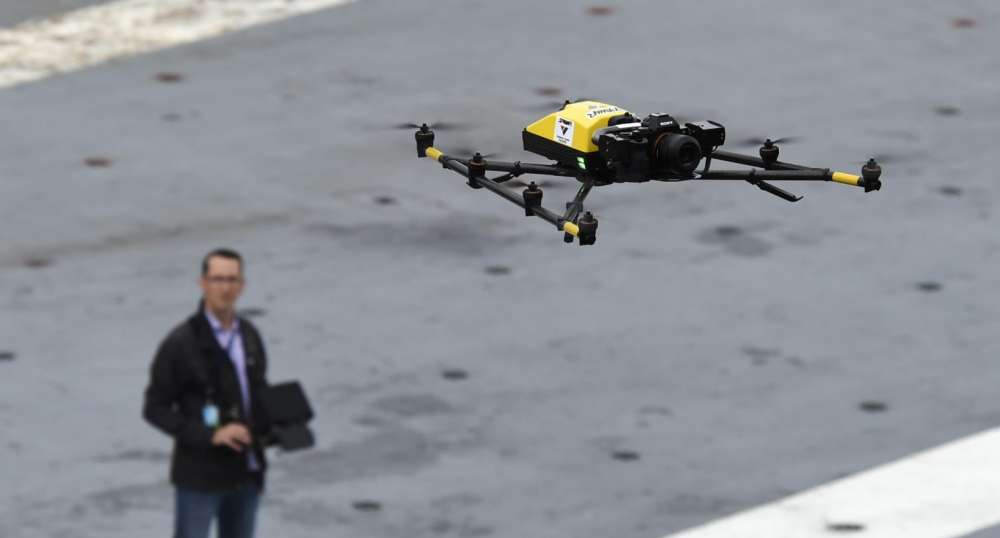 Two U.S. Navy scientists have invented a passive, onboard collision avoidance system for small drones by attaching miniature microphones to the tips of propellers.

In an official U.S. patent application, the Naval Information Warfare Center-Pacific explains why engineer Paul Swanson and mathematician Stephen Hobbs devised the device, which can be used for UAV navigation, UAV collision avoidance, and counter-UAV systems.

“Small unmanned aerial vehicles (UAVs) do not have the weight capacity to employ radar-based collision avoidance systems while still performing their original function,” the document states. “Ground-based UAV tracking systems have difficulty tracking the location of all UAVs in a dense swarm. A fixed array of microphones similarly requires a significant footprint. Passive radar tracking is only feasible in scenarios where the tracked UAV emits a radio-frequency (RF) signal. Active radar employed on-board a large number of UAVs would result in interference where the UAVs would jam one another. The inventive method utilizes pre-existing propellers on UAVs as well as Doppler-based acoustic tracking.”

The invention works with a single microphone on one blade tip that collects acoustic versus rotational angle data over its complete rotation. The larger the diameter of the propeller, the greater the accuracy. A second microphone mounted on the drone chassis records background noise for filtering out.

“A fixed acoustic sinusoidal source could provide a beacon for exact global positioning in the absence of a GPS satellite signal. Additionally, recording the angle of the propeller may not be necessary if a fixed acoustic source on the unmanned aerial vehicle itself is used as a reference for the direction of the unknown sources,” according to the patent application.

The Navy’s patent application, which contains MATLAB experiment data, also describes the invention as a “low-cost and lightweight tracking system,” that with sufficient data processing, would enable one drone to track multiple drones with the same acoustic signature, as well as “drones positioned behind other drones.”

Joan Wu-Singel, senior technology manager at TechLink, called it a clever utilization of new technologies and mathematics. She said now that the tech has been made public, private companies can potentially leverage the Navy’s R&D and license the intellectual property rights.

“The number of potential commercial and military applications for this is large,” Wu-Singel said. “And through technology transfer, which allows government inventions to get transferred to companies, it’s a good business opportunity.”