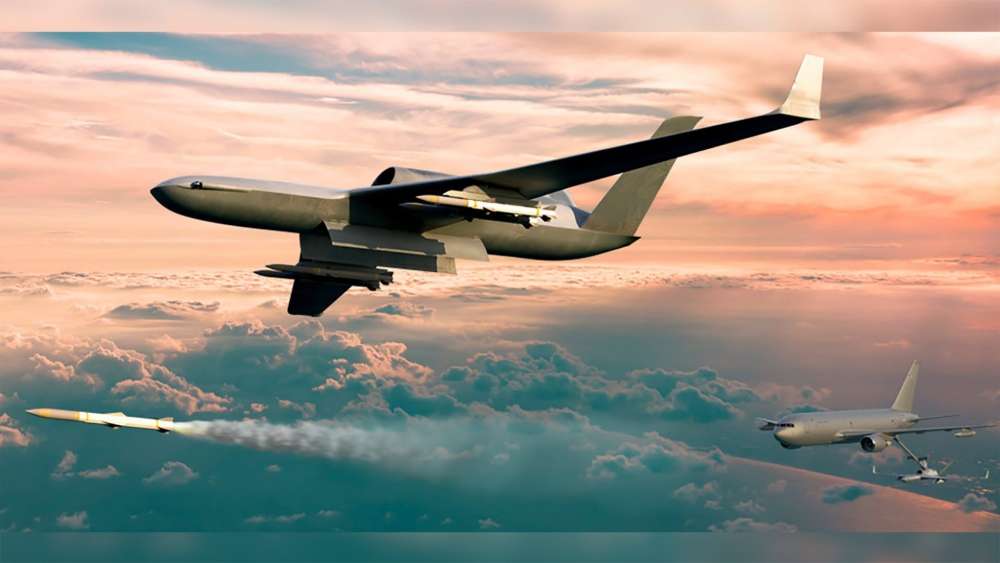 General Atomics has revealed what appears to be a previously unknown unmanned aircraft concept, called Defender, that is capable of air-to-air combat and mid-air refueling. The company says that its primary mission would be to protect “high-value airborne assets,” such as airborne early warning and control aircraft, standoff reconnaissance planes, and aerial refuelling tankers.

Concept art of the drone appeared online a day after news broke that the U.S. Air Force is seeking to abruptly halt purchases of MQ-9 Reapers, one of the firm’s flagship products, something we at The War Zone noted would very likely lead to the disclosure of new potential business opportunities.

“Capable of protecting the USAF’s high value airborne assets (HVAA) in a contested environment makes the Defender a critical piece of the Future Force,” is all the social media post says.

At least visually, the Defender appears to be derived from General Atomics’ submission for the Navy’s MQ-25 Stingray tanker drone program, which lost out to Boeing’s design in 2018. The company did not build a flying prototype for its proposed design, but did do associated work on developing its powerplant and control systems. Some of that research and development was done using one of its existing stealthy Avenger/Predator C drones. 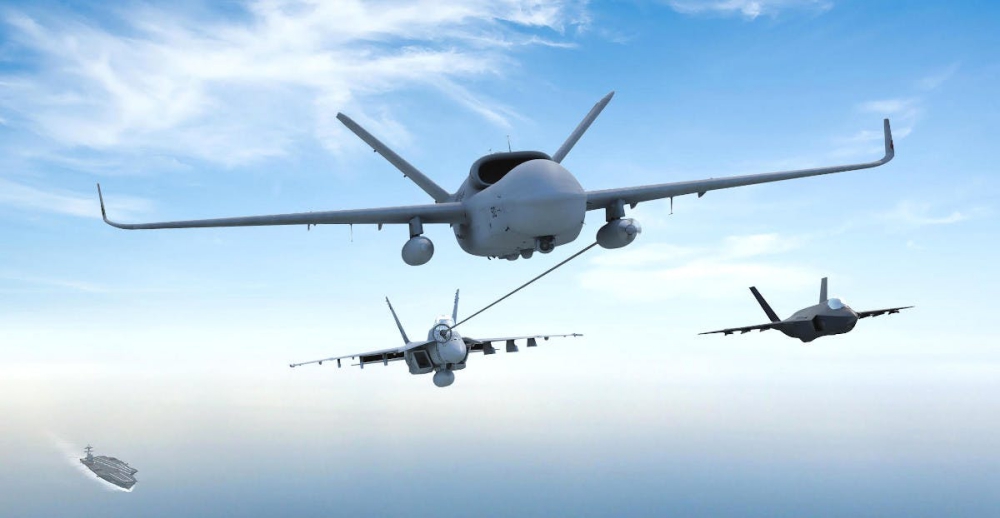 The Defender design in the artwork has a similar overall planform to the proposed Navy tanker design, but with the notable addition of an internal centerline weapons bay with large outward opening doors reminiscent of the ones of the Avenger/Predator-C. It also has a single pylon under each wing, a more streamlined forward-fuselage, and what appears to be an altered wing design with less camber than its carrier-based progenitor.

The concept art depicts one of the Defenders firing a compact missile, reminiscent of Lockheed Martin’s Cuda. That defense contracting giant first revealed Cuda in the early 2010s, but it since has all but disappeared from its marketing literature. It’s also carrying four AIM-120 Advanced Medium-Range Air-to-Air Missiles (AMRAAM) externally, two on each underwing pylon.

A Defender-like drone would likely be equipped with an AESA radar, radar homing and warning receiver/electronic support measures, missile and approach warning system, and an infrared search and track system (IRST). This would give the aircraft four layers of organic target and situational awareness gathering data—both of an active and passive nature—that could be used not just to engage potential threats, but to have a formation of support assets avoid them as needed.

The IRST would be essential as it is the best early warning tool for detecting stealthy aircraft and long-range missile launches. Additionally, and maybe more importantly, a Defender could also provide electronic warfare self-escort support for the aircraft under its protection. Their operator would also benefit from all the information being piped into the network from combat aircraft operating forward over the battlespace and other surveillance assets.

These same aircraft could also eventually be equipped with a laser system capable of shooting down incoming missiles and even working to deny enemy aircraft the ability to advance on these high-value assets. This concept is already in development, as are hard-kill systems that are capable of shooting down missiles with smaller missiles. This could actually be what we are seeing by the portrayal of the Cuda-like missile in General Atomics’ concept art.

By pushing sensors and weapons onto a combat drone airframe, it would mean that each tanker or other support plane wouldn’t need its own defensive suite, which would not be useful for nearly all missions outside of combat ones against a peer-state. In other words, those systems would be costly dead weight flown on those aircraft daily in peacetime and on operational missions that don’t venture near contested airspace. So, by fielding a Defender drone force to protect strategic aerial assets, the many aircraft that make up that large fleet of those assets would not have to all be equipped with these expensive subsystems, or some combination of them. These savings could help offset a portion of the costs of fielding a Defender fleet.