The new members are Christian Ramsey, President of uAvionix Corp., headquartered in Bigfork, MT, and Lee Moak, founder and Chief Executive Officer of The Moak Group in Washington, D.C. They were appointed on February 5, 2020.

The FAA’s DAC is a broad-based, long-term Federal advisory committee that provides FAA with advice on key UAS integration issues by helping to identify challenges and prioritize improvements.  The committee helps to create broad support for an overall integration strategy and vision.  Membership is comprised of CEO/COO-level executives from a cross section of stakeholders representing the wide variety of UAS interests, including industry, research and academia, retail, and technology. 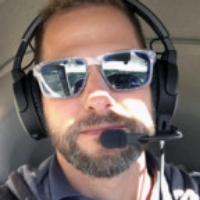 “I’m excited to be a part of the team,” said Christian. “As a pioneer of low-SWaP avionics for UAS, I think uAvionix can bring a perspective to the DAC that has been missing to-date.  We want to help get the unmanned industry off the ground – literally – by providing avionics that regulators have confidence in that allow routine Beyond Visual Line of Sight operations and type certification of unmanned aircraft.  Currently, there isn’t a mechanism that communicates the needs of regulators to industry to guide investment in critical technologies. I hope to be a conduit to improve the understanding of those regulatory needs and drive industry-developed solutions allowing UAS to achieve its promise. ”

Christian is a private pilot and licensed UAS pilot under FAA Part 107. He will serve a two-year term on the DAC representing the UAS Hardware Component Manufacturers Stakeholder Group.

The DAC is a broad-based, long-term federal advisory committee that provides the FAA advice on key unmanned aircraft systems (UAS) integration issues by helping to identify challenges and prioritize improvements. The committee helps to create broad support for an overall integration strategy and vision.

Members of the DAC are executives who represent a variety of UAS interests, including industry, research, academia, retail, technology and state and local government.

The DAC is chartered to have up to 35 members. Twelve members were previously added to the DAC on May 20, 2019, to fill open vacancies.