The first such team that DDS director Brett Goldstein has created – pulling together both existing DDS personnel and a Defense Innovation Unit project called Rogue Squadron – is aimed at countering small drones. Easy to build and hard to detect, these pint-sized planes have become an outsize threat, both as flying IEDs for terrorists and target-spotters for Russian rocket artillery.

Just how Goldstein plans to detect and down these drones is classified, but his personnel picks strongly suggest a focus on hacking and jamming their control systems, instead of physically stopping them.

“One of the things that I’ve been doing over the past few months is bringing in some new skill sets,” he told me. “It’s an interdisciplinary, multi-modal group ranging from electrical engineers to radio frequency experts to software engineers — and that is real today.

“We have this team, they’re working on these types of problems as we speak,” he added. “That is actually what I literally just walked out of” before the interview. 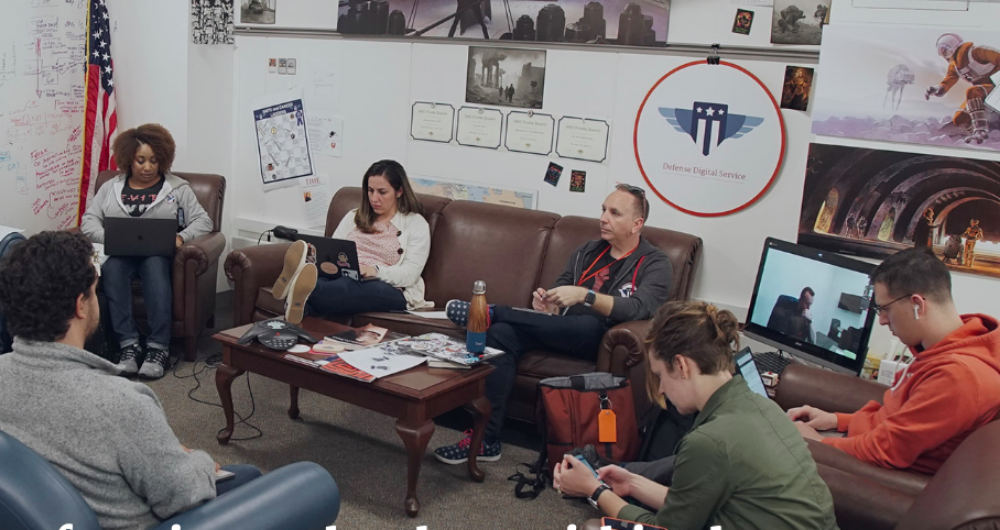 Then-director of the Defense Digital Service, Chris Lynch (at center, in grey hoodie) surrounded by his casually clad tech geniuses

The Need for Speed

Why is it so urgent that DDS develop these technologies in-house, instead of rapidly contracting with the tech world?

“A fear of mine is there will be a new small-UAS [Unmanned Aerial System] threat which we don’t have a modality to detect and defeat, and that can put our troops and our partners at risk,” Goldstein told me. “We’re going to use commercial [technology] where we can, but instead of letting folks be exposed to a threat… we’ll maintain a SWAT team of folks who can immediately respond.”

That way, he said, “when there is a gap and commercial isn’t there — [if] a new threat appears this appear afternoon in the small-UAS space — we will work the problem right now, [and] we don’t have to wait for something to come up in the commercial space.” 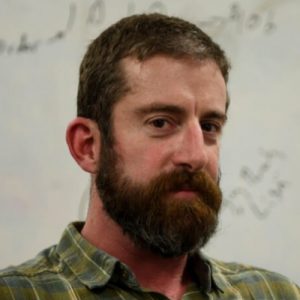 That’s a departure from the original concept for the Defense Digital Service, which was to recruit Silicon Valley tech gurus with no prior defense-sector experience, bring them into the Pentagon for a few months to a year to work on a project, and then release them back into the wild. That remains the core model for DDS, but Goldstein, who succeeded founding director Chris Lynch last April, strongly believes some problems require a longer-term commitment.

“Historically, we had projects that had a life cycle and then we exited out,” Goldstein said. “I’m putting a longer commitment into this space.”

Now, “big” for DDS is still pretty tiny by Pentagon standards. The Defense Digital Service had only about 70 people when Goldfein started this project. It adds another 14 by absorbing Rogue Squadron, formerly part of the Defense Innovation Unit. (The Rogue Squadron staff will remain co-located with DIU HQ in Palo Alto).

Like DDS, DIU was originally created as a conduit to commercial experts in the Valley, but with Rogue Squadron it assembled a formidable set of in-house experts on the small-drone threat.

“The Rogue team is great,” Goldstein said. “We have military folks in there. We have civilians in there, and they have deep expertise in the [small-drone] space, and that’s why this transition makes a ton of sense.”

Goldstein is combining the 14 experts from Rogue Squadron with about a half-dozen from his own DDS staff, but that number could grow as they evaluate the problem over the next 90 days. Yes, 20-odd people is a rounding error compared to, say, the million soldiers in the US Army, but they’re the right people for this kind of highly technical problem, Goldfein said.

The basic technical problem here is data. An effective counter-drone defense needs to network different and incompatible sensors, each with its own fragmentary view of the battlefield, and then fuse their disparate data into a single, accurate and intelligible picture so human operators can make the correct decisions in real time. 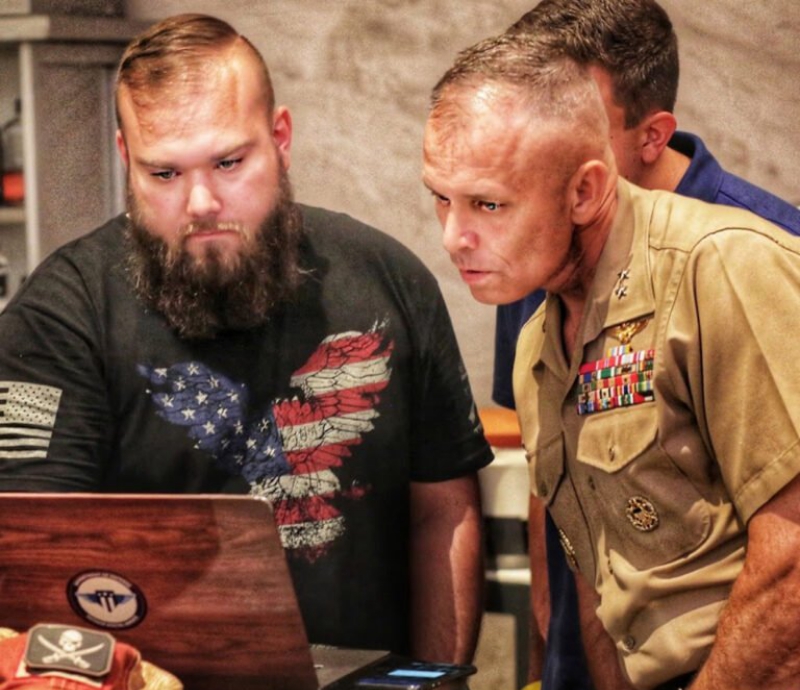 But that’s not just a counter-drone question, I noted. It’s fundamental to the whole problem of coordinating far-flung Army, Navy, Air Force, and Marine Corps forces over land, sea, air, space, and cyberspace – a high-priority project that the Pentagon has dubbed Joint All Domain Command & Control.

“You’re dead on,” Goldstein replied. “This isn’t just about S-UAS; this is about broader DoD systems.

“It is exceptionally important that, as we have more things collecting data, that it’s easy to access and to integrate them,” he said. “That’s where the nuances of design, APIs, data schema, things like that, become really relevant.”

And the Defense Digital Service’s in-house experts, he said, become really relevant to that wider problem as well: “At the end of the day, it’s the 1s and 0s that allow things to talk to each other, and that is our bread and butter.”