The Grand Sky Development Company is looking forward to continued growth as it celebrates five years of operations at Grand Forks Air Force Base. It’s growth that had has a significant economic impact on the region.

The 217-acre unmanned aerial systems business park is built to support large drone operations, and provide a testing and training center to UAS industry leaders and tenants Northrop Grumman and General Atomics. It does so through an Enhanced Use Lease and Joint Use Agreement with Grand Forks County and Grand Forks Air Force Base. The agreements have brought positive attention to the base and brought business travelers to the region.

In March, the facility is set to host a Northrop Grumman-manufactured Firebird drone, which could play a role in monitoring flood conditions in the spring.

“We’re going to be able to inspect all the levees from Fargo to Grand Forks, out to the west towards Devils Lake,” said Grand Sky President Thomas Swoyer Jr. “We can inspect all of them in a single flight.”

Swoyer said the Firebird has the capability to monitor flooding streets and relay that information to first-responders and assist them in finding the fastest way to a problem area. 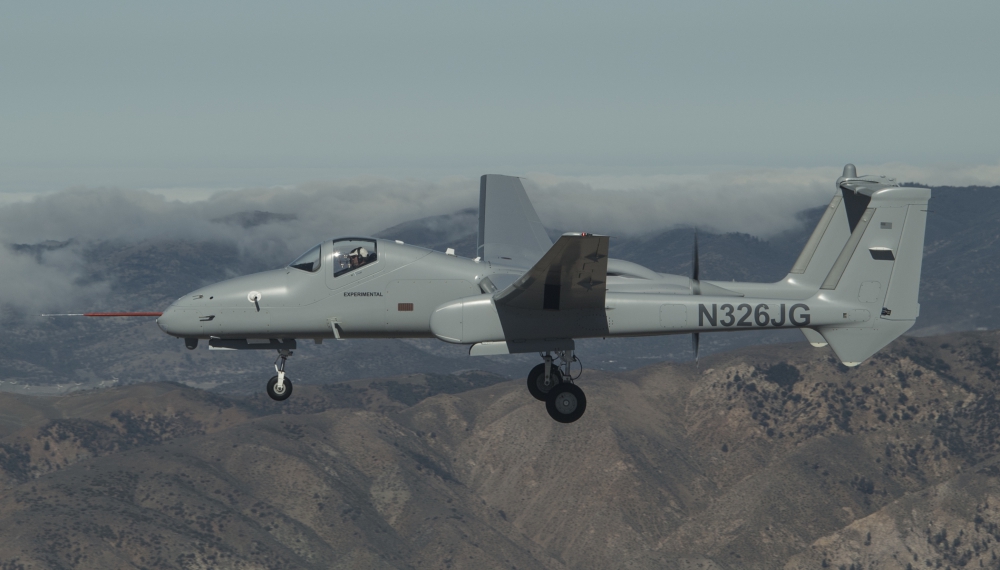 Swoyer said he is looking to demonstrate the capabilities of the Firebird in order to begin building up a client base for its services. Such services could include energy asset inspection and wildlife counts in addition to monitoring a potential spring flood.

“We see the incredible efficiencies to be gained in the market with technology like Firebird, filling a void in the industry and enabling affordable data gathering on a massive scale not previously available to the commercial market space,” Swoyer said.

Tom Ford, government relations administrator for Grand Forks County, oversees the lease with Grand Sky. He is quick to point out the merit of the facility in portraying the air base in a positive light.

That impact has resulted in increased business travelers to the area. More than 600 trainees and meeting attendants have visited the region, which has led to $19 million in economic activity, according to a press release from Grand Sky.

“That’s great, because you have those folks who come into town and they’re spending time in hotel rooms and they’re shopping in our community,” said Ford.

Swoyer said there are tenants lined up waiting to make use of a new building at Grand Sky. The facility is called the Multi-Tenant Building 1, and construction, he said, is scheduled to be completed in May or early June. Swoyer declined to say who the new tenants are.

“I can’t divulge who those are yet,” he said. “When the hard walls go on the outside and you start seeing their signs go on the walls, you’ll start to know who it is.”