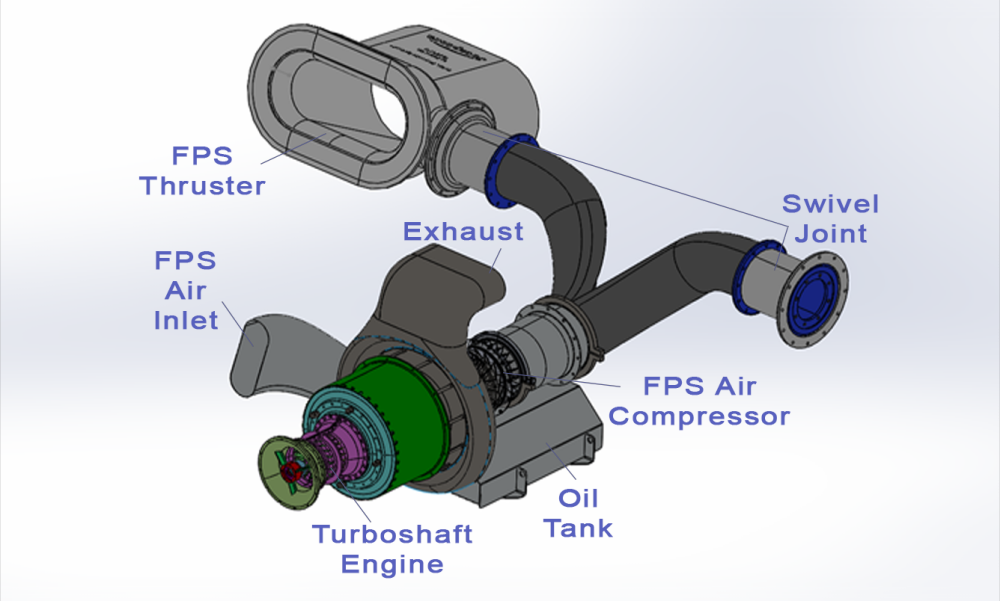 The Fluidic Propulsive System is scalable. A source of compressed air is amplified by thrust augmentation. The resulting system is now capable of VTOL

The company’s unique approach to producing thrust for powerful, vertical takeoff and landing (VTOL)-capable aircraft is ideal for platforms with a Maximum Takeoff Weight ranging from as little as 200 lbs. to beyond 4000 lbs. Current designs enable FPS equipped aircraft to fly speeds from 60-400 knots indicated air speed. Fluidic propulsion will be ideally suited for emerging requirements from the Department of Defense projects and programs for Cargo, Intelligence, Surveillance, Reconnaissance and Targeting Aircraft. 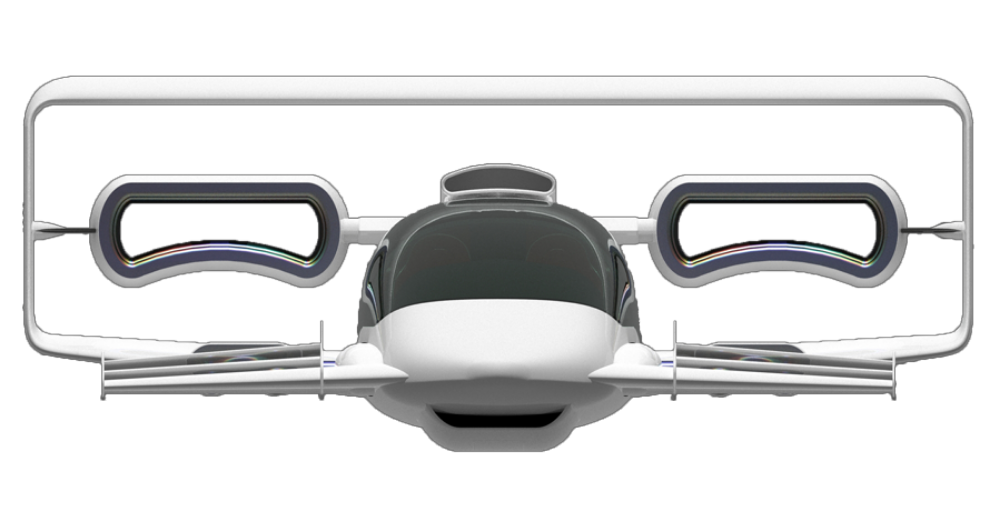 Leveraging Honeywell’s APU engine technologies as an air source for the fluidic propulsion system gives a clear development path to rapidly meet the emerging needs of the Department of Defense.

“Our low-risk solution is fuel efficient, can utilize a variety of fuels such as JP-5, JP-8 or become fully electric, and is significantly quieter in forward flight operations,” said Todd Newton, Vice President of Business Development for Jetoptera. “The system is ideal for cargo UAS and unmanned aircraft in Group 3 and 4 in support of military requirements. Due to the ingenious design, the FPS also maintains a lower infrared signature because the thrusters output much cooler air than any other propulsion system, and because of the low emissivity of the materials used in the fabrication of the FPS thrusters.”

About Jetoptera
Jetoptera’s vision is to reimagine aircraft propulsion and enable aerial mobility for both cargo and people. The company has developed a unique propulsion system integrated with an airframe designed to maximize the FPS efficiency. The Fluidic Propulsive System is ideal for vertical and short takeoff and landing applications (VTOL/STOL). The technology is scalable from smaller unmanned to larger manned aircraft, from defense to commercial markets, and enables an unmatched combination of speed, range, payload, efficiency, quietness, and maneuverability.

The defense mission of Jetoptera is to enable faster, safer and less detectable aircraft to support the Warfighter, in collaboration with the DoD and aircraft manufacturers. These aircraft will navigate a new vector for aircraft missions because the company’s patented Fluidic Propulsive System is a key technology capability for emerging requirements in Cargo Unmanned Aircraft Systems, ISR&T Unmanned Aircraft Systems, and eventually for the family of aircraft systems in the Future Vertical Lift Programs.