The Czech army has launched its new 533 Unmanned Systems Battalion. Currently the country’s armed forces operate a number of small drones, but according to Chief of the General Staff Aleš Opata, the army will soon buy at least one larger, heavier unmanned aerial vehicle (UAV), capable of both reconnaissance and combat.

It may be primarily known for its historic centre and local fashion brand, but the Moravian town of Prostějov is also closely tied with the Czech Army, housing its crack 601 Special Forces Group.

Since January 1, 2020, there is a new addition the local military base. The 533 Unmanned Systems Battalion is a freshly formed unit tasked with operating drones. 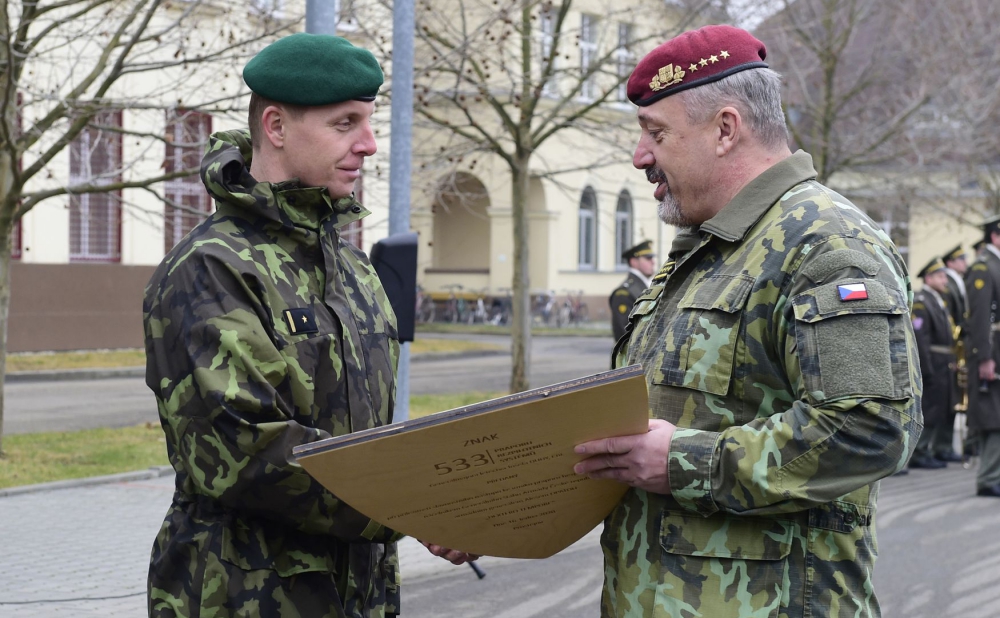 All of the army’s pilotless systems will be integrated into this newly formed battalion, says Chief of the General Staff Aleš Opata.

“It is the future. He who has information wins wars. It is about battlefield information in all of the domains that the army is engaged in nowadays. This segment is expanding dynamically and we are moving into a new dimension of technologies which the Czech Army should possess.”

Currently the army has publicly disclosed it has several small unmanned aerial vehicles under the weight of 22 kilograms at its disposal. They include the American made RQ-11B Raven and the ScanEagle, both are used for reconnaissance. General Opata says that within a space of two years the army will begin the purchasing process for a heavier drone weighing up to 1,200 kilograms.

“We will begin the acquisition of an operational unmanned aerial vehicle which, apart from being equipped with sensors, will also carry weapons systems. This will be the second and final phase in the process of forming the battalion.”

According to Czech Television, the new drone will also carry systems capable of electronic warfare.

With the project still in the preparation phase, the chief of the general staff is unwilling to disclose whether only one such UAV will be bought, or whether there will be more.

“The battalion will primarily be concerned with centralising the training for all unmanned systems in the Czech Army. Furthermore, we will be dealing with legislation and process management as well as some aspects connected with intelligence.”

The unit will analyse data secured through the unmanned systems. Colonel Petr Šnajdárek, an expert on the subject within the Czech Army’s general staff, explains.

“This concerns analysing image data and providing timely warning against dangers that may arise during combat, and other measures. If we are talking specifically about tasks concerned with the territory of the Czech Republic, there is also a role within the country’s integrated rescue system.”

While the unit is expected to reach basic operational capability by October, it will only become fully operational by January 2025.