Some of the team who were directly involved the MQ-9 Reaper ferrying mission posed with the aircraft, Jan. 9, 2020, on Holloman Air Force Base

The 49th Wing received its first MQ-9 Reaper through flight, Jan. 8, 2020. Typically when new MQ-9s are sent to Holloman, they are taken apart to ship and then reassembled when they arrive.

Having the aircraft ferried came with an array of benefits. Notably, maintainers did not have to spend around five full days putting it together, in turn that also meant the aircraft could be used almost immediately for training. Another important fact was that an MQ-9 flew through the National Airspace System, something many pilots would like to see normalized.

“This is the first time that team Holloman has taken delivery of a new MQ-9 by ferry flight,” said Col. Casey Tidgewell, 49th Operations Group commander. “It’s critically important because flying outside of our training area helps normalize remotely piloted flight inside the national airspace and provides broader aviation experience for our instructors. I could not be more proud of our operations and maintenance professionals that made this happen.”

Receiving an MQ-9 from shipment, rather than ferry, comes as a disadvantage because the condition is unknown until it is out of the box, the operational checks are done and it has to be rebuilt; and then some components may even need to be replaced.

“From the maintenance point of view, we will be saving approximately 142 man-hours by not having to reassemble an aircraft after delivery,” said Master Sgt. Animesh, 29th Aircraft Maintenance Unit Lead Production Superintendent. “Ferrying the aircraft allows us to decrease the amount of man-hours it takes from 192 to a mere 50 hours to return that aircraft back to service and increase overall aircraft availability.” 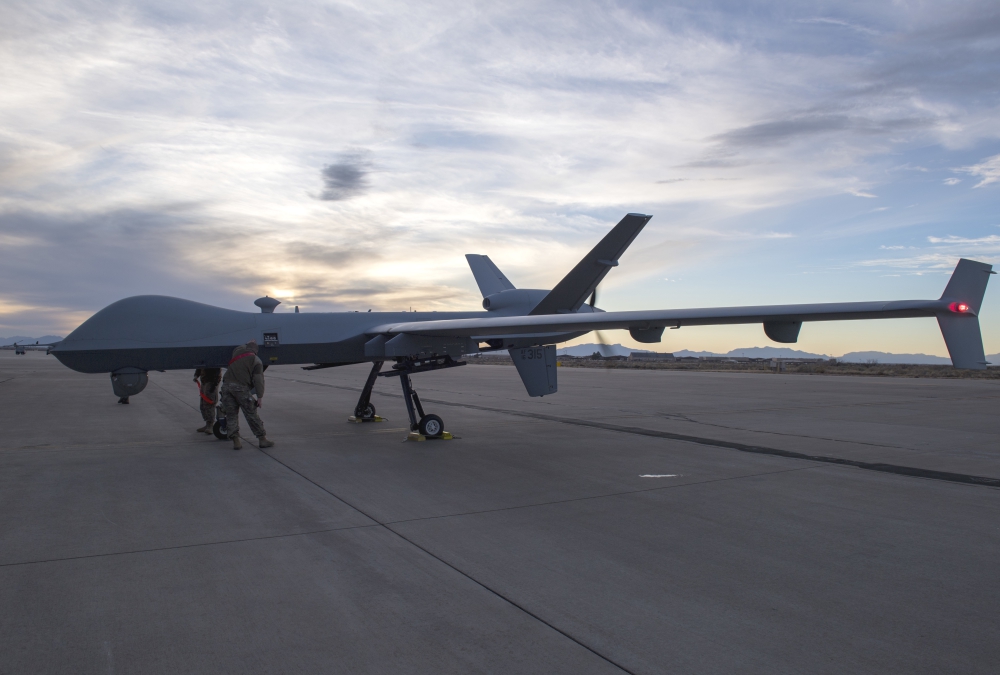 Having the MQ-9 in a flyable condition when it arrives means that it can be used a lot faster to fulfil the 49th Wing’s mission of training MQ-9 aircrew.

“By increasing our aircraft assigned and making it available for the flying schedule sooner, we have more flexibility to absorb any maintenance issues that could arise to eliminate sortie attrition (or at least minimize it) and continue pressing forward with the important task of training MQ-9 aircrew for our Combat Air Forces,” said Maj. Marcus, 29th ATKS project officer.

While the 49th Wing received many benefits from having the MQ-9 ferried, they extended to the national level. When Remotely Piloted Aircraft travel through the NAS, there is extra documentation that must be obtained, such as a certificate of authorization. This is not done with other aircraft types.

The integration of unmanned aircraft systems into the National Airspace System is mandated by congress and is something that the Federal Aviation Association must comply with. By allowing the 49th Wing MQ-9 to ferry, they are able to complete that mission and gather data for future rules, regulations and policies as the FAA begins normalizing the use of RPAs.

“Big-picture, this lets us to further develop our relationship with the FAA,” said Master Sgt. Kevin, 29th ATKS sensor operator. “The more agreements we have with them, the more we can execute certain flight plans. It allows us to continue normalizing RPA ops within the NAS” 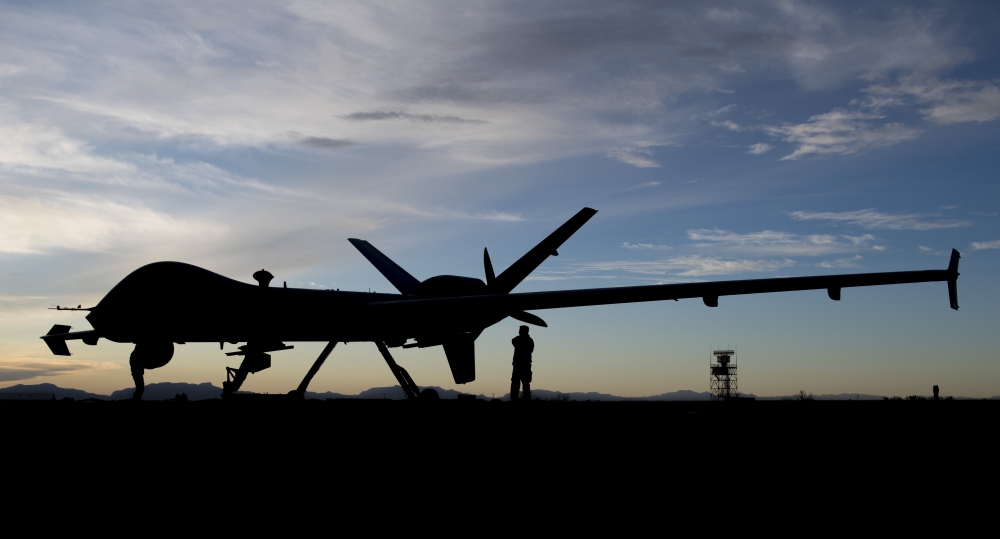 The process was swift but not smooth and could not have been accomplished without the help of everyone involved. Months went into planning the ferry flight but it took three days from activing that plan to getting the MQ-9 here at Holloman AFB. There were many different sections that were integral to the success of this mission.

“I just want to emphasize that it was an entire 49th Wing effort in coordination with other units and agencies,” said Maj. Marcus, 29th ATKS project officer. “Locally, we had great support from the communications squadron, aircraft maintenance group, weather flight, base operations, and our fellow launch and recovery team. Additionally, we relied heavily upon the MQ-9 development flight test, detachment 3 in California to prepare the aircraft for flight, as well as us coordinating the route ahead of time with air traffic control personnel in Los Angeles, Albuquerque, and White Sands Missile Range. This process was not without its challenges and roadblocks but together as team, we adapted and overcame them! Everyone involved in this process was vital to getting the MQ-9 here at Holloman AFB safely and they should be just as proud of this accomplishment as we are here at the 29th Attack Squadron”