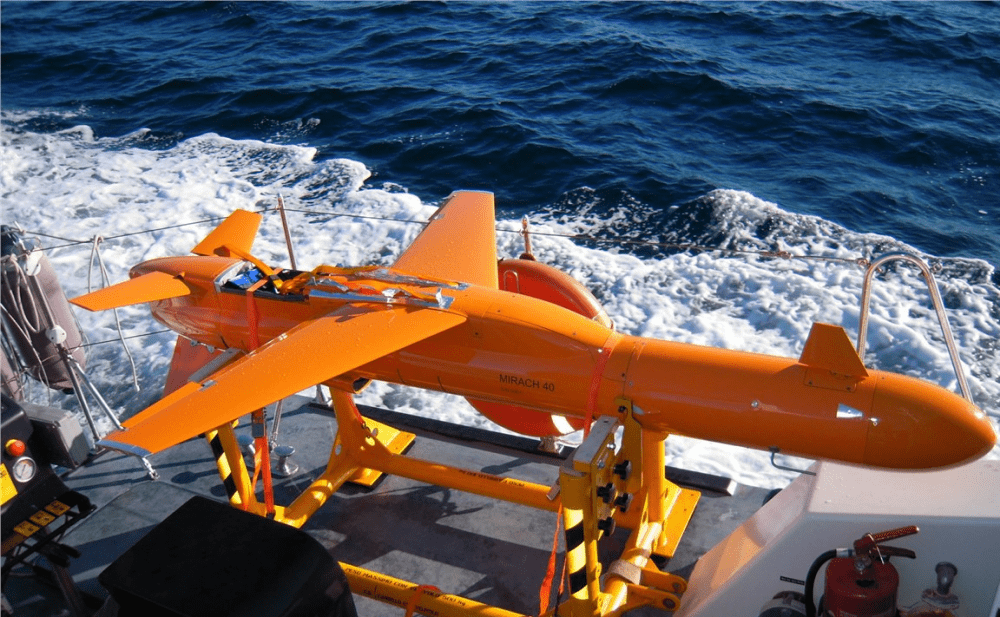 Leonardo has concluded a series of flights with its M-40 target drone as part of a trials campaign in Italy. This saw the drones simulating modern airborne threats, allowing for the realistic demonstration of MBDA’s latest surface-to-air Mistral missile.

The M-40 is Leonardo’s latest entry in its Mirach target drone family and is able to mimic a variety of aircraft and missiles, including radar, infrared (IR) and visual threats. During the Mistral demonstration, the M-40 simulated enemy airborne platforms for the missile to target.

15 international delegations witnessed the trials, the centrepiece of which was the live firing of a Mistral missile at an M-40 drone. The missile intercepted the target, proving its capabilities and allowing MBDA to collect valuable data on the missile’s performance. In total, the M-40 drones carried out 6 flights between October the 28th and November the 6th.

A fleet of M-40 drones is in-service with the Italian Armed Forces, with Leonardo operating the targets on behalf of the Armed Forces on a managed service basis, providing trained crew and all necessary support. Other nations, including some of those attending the trial, have registered interest in a similar service model and the M-40 is also available for purchase as a standalone product.

Leonardo offers the M-40 alongside its Mirach 100/5 target drone, which has been used for over 20 years by a range of Armed Forces: Belgium, Denmark, France, Germany, Greece, Italy, Spain, UK, Algeria, Argentina and Israel have all used Mirach family drones to train. Today, that experience, coupled with modern technology, has allowed Leonardo to develop the M-40, which delivers medium-to-high performance at a price comparable with competitors’ entry-level drones. It is inexpensive to fly and offers 60 minutes of endurance, making it a cost-effective option for a wide range of training and proving requirements. Meanwhile, the Company continues to offer the twin-engine Mirach 100/5 for occasions when customers need to simulate the highest-performance threat systems.