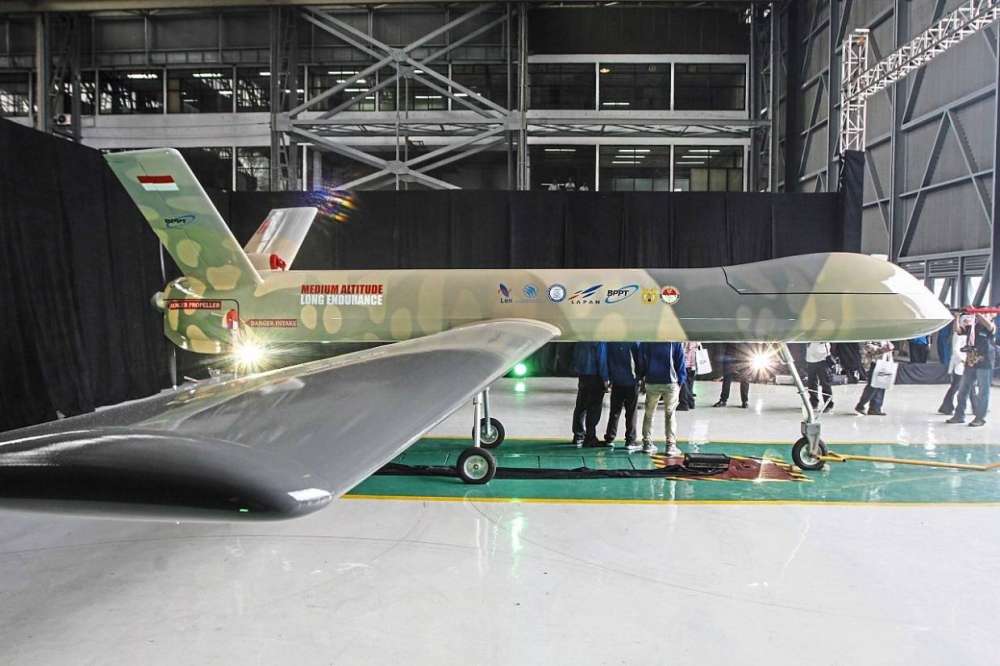 State-owned Indonesian aerospace company PT Dirgantara Indonesia (PT DI) unveiled a domestically developed unmanned aerial vehicle (UAV) on December 30. Designed to meet the requirements of the Indonesian Air Force (TNI-AU), the UAV bears a strong resemblance to the Chinese CASC CH-4, which is in operation with the TNI-AU in small numbers. The vehicle has yet to be named but is referred to as the Pesawat Udara Nir Awak jenis Medium Altitude Long Endurance (PUNA MALE, unmanned MALE aircraft).

Indonesia’s Agency for the Assessment and Application of Technology (BPPT), the Defense Ministry, TNI-AU, the Bandung Institute of Technology, PTDI, and PT Len Industri began development of the first prototype in 2016, and four more prototypes will be built for certification purposes, with production planned to start in 2024. A second airframe is due to begin structural tests with BPPT in 2020. The PUNA MALE team plans to acquire commercial off-the-shelf products such as landing gear and flight control systems. However, local companies such as PT Len are developing indigenous systems, including a flight control system.

An illustration shown by PT DI of the final prototype (PM5) depicts two unspecified missiles mounted under the single-spar wings, while the program timeline suggests that local industry is also developing armament to be ready by 2024.

During the unveiling ceremony, the head of BPPT, Hammam Riza, commented that the type would also be used to support government agencies in roles such as survey and forest fire management. “With land and forest fires occurring every year, simultaneous monitoring is required for observing the condition of clouds, weather, hotspots, and water surface in peatland areas,” he said. The PUNA MALE drone, equipped with synthetic-aperture radar technology, can detect water content in peatland 30 centimeters (1 foot) below the surface. “If we can detect the water content before the land gets too dry, we can wet [the peatland] to prevent forest fires and the emergence of hotspots,” he said. 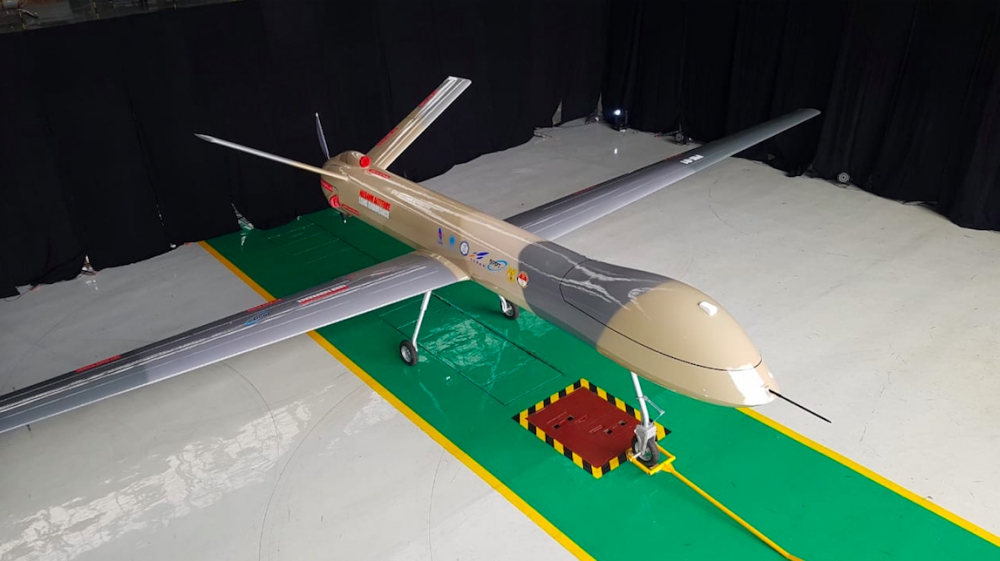 The consortium has also been supported by the National Institute of Aeronautics and Space (Lapan), which is experienced in producing smaller UAVs such as the LSU-02.

Aside from the airframe, the consortium will also produce the necessary systems for the MALE drone, BPPT head Hammam Riza said.

“We should master some key technologies, not only the production of the UAV’s airframe.

“If we purchase (UAVs) from other countries, they won’t give (key technologies) to us for free.

“Therefore, we need to master and make use of our own technology, ” Hammam told journalists on Monday.

He added that the project would support the state in developing its own weapons and defense systems.

The UAV, Hammam said, could be used not only in military combat missions, but also in aerial surveillance pertaining to illegal fishing and logging, border and outer island patrols and to detect terrorism activities.

The UAV project involves the development of a flight control system produced in Spain.

Other necessary systems for the vehicle, such as a synthetic aperture radar and a guidance system, would also be developed by Indonesian engineers.

The systems are expected to support the drone in intelligence, target acquisition and reconnaissance missions.

Lapan’s deputy for aviation and space technology, Rika Andiarti, said the institute was assigned to develop the vehicle’s mission control, which would include its flight control system, long range communications and recording.

“We’re also assigned to develop the synthetic aperture radar so we can look beyond the clouds and produce better images, ” Rika said.