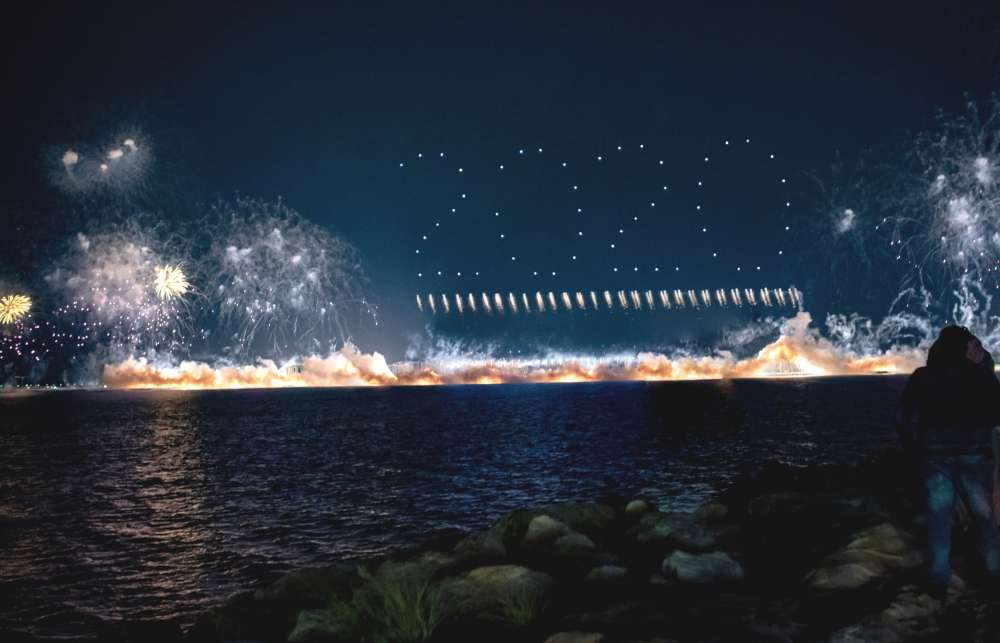 SKYMAGIC, a performance drone company, helped to deliver a ground-breaking pyrotechnic drone show designed by Phil Grucci and realised by Fireworks by Grucci and SKYMAGIC. The Ras Al Khaimah NYE show marked the debut of a new generation of performance drones and a brand-new offering to the world of live events.

Marjan Island, more officially known as ‘Ras Al Khaimah‘ in the United Arab Emirates, is renowned for hosting large-scale celebratory events for the nation and world to see. This was the second time Fireworks by Grucci had invited SKYMAGIC to collaborate to deliver a stunning series of light shows combining both pyrotechnics and the newly innovated PyroDrone performance technology.

This year saw the return of the light show leaders – SKYMAGIC and Fireworks by Grucci, with a synchronised swarm of 196 PyroDrones launched high into the night sky for all of Marjan Island to see. The visual extravaganza broke a world record for the ‘Most Unmanned Aerial Vehicle (UAV) Launching Fireworks Simultaneously’. PyroDrones are a new generation of drones conceived by Fireworks by Grucci and developed through a collaborative effort between Grucci and SKYMAGIC. 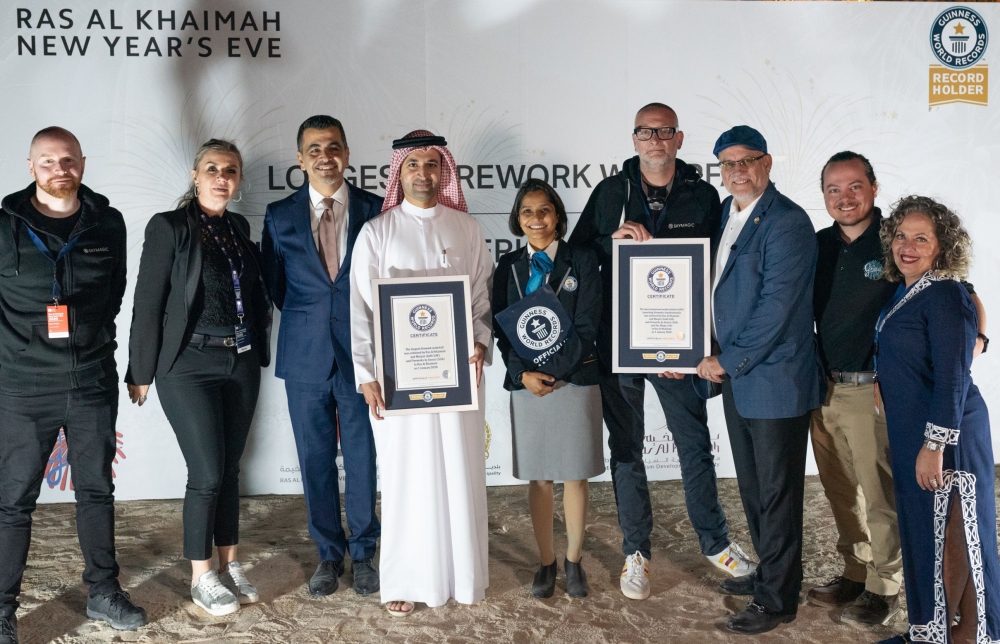 The New Year’s Eve spectacular was visible from over 1km away, allowing the entire Island to view the mesmerising, world-record show. Creative Director of SKYMAGIC Patrick O’Mahony commented,

” It has been quite a journey and we are delighted with the end result. And a Guinness World Record! It is important to keep innovating and what better people to do that with than Phil and all at Fireworks by Grucci. It has been a huge team effort and we look forward to many more collaborations together.”

” This has been a challenging but ultimately rewarding project. From a live perspective, the introduction of pyrotechnics on the drones throws up a unique set of fresh challenges, all of which the SKYMAGIC and Grucci team overcame.”

“It has been a great pleasure to combine the unique talents of both the SKYMAGIC and Grucci teams to bring this Guinness World Record to reality. I look forward to many other opportunities to do with this team.”