The Air Force Academy brought a cutting-edge, multi-drone light show to its campus last month to celebrate its storied rivalry with West Point.

As hundreds of drones moved in synchronization to delight the audience with messages like ‘Beat Army,’ the six-minute display showed how far unmanned aerial systems have come since Civil War-era balloons and what’s possible.

“We are really in the Wright Brothers era of unmanned aerial systems,” said Col. Eduardo Defendini, director of the Air Force Academy UAS Center. “New and exciting aircraft shapes, sensor technology and even artificial technology capabilities are emerging from industry that will play a big role in how we execute future multi-domain operations.”

Defendini has flown manned and unmanned aircraft in his decades-long career. He said the role of UASs in providing a threat sight picture and putting effects into the battlespace is unparalleled. The new test will be how we employ UAS in contested environments as opposed to the anti-terrorism operations of the past 20 years, he said.

“I try not to shape the argument too much with my own opinion on where we should go [with UAS] because I know it’s the upcoming generation, like the cadets we have here, who will innovate and drive our response to the challenges different adversaries will pose to our defense,” he said.

Like other airmanship programs at the Academy, cadets in the remotely piloted aircraft squadron gain an understanding of what a career as a rated Air Force officer would entail from hands-on experience flying aircraft to mission planning and training junior cadets on complex tasks. 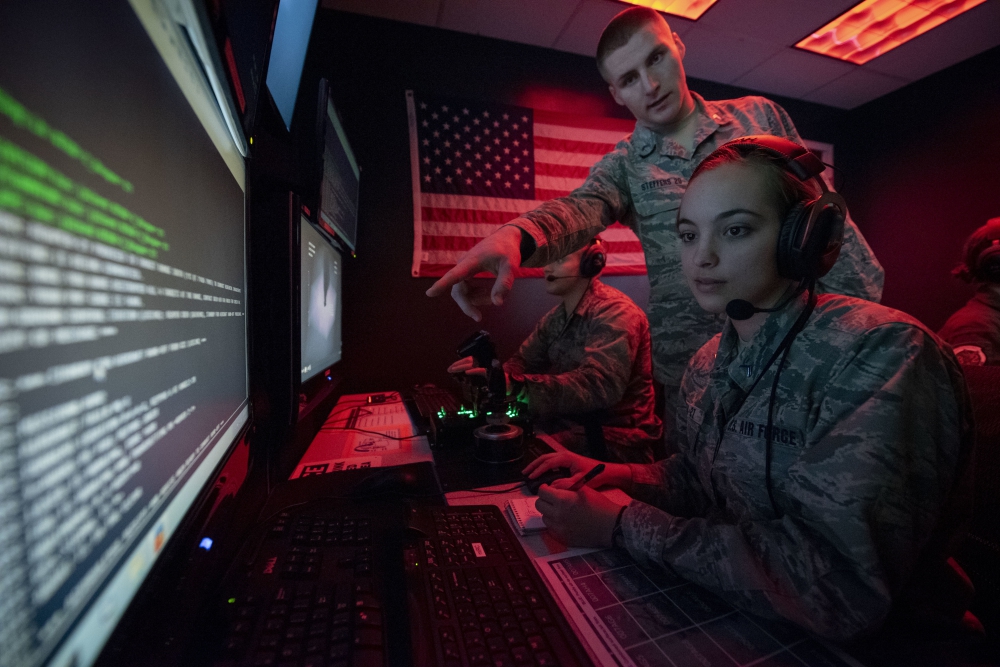 The UAS program is unique in part because of its air operations center immersion capstone and the horizontal integration of research programs underway in academic departments like computer engineering.

“We are exposing the cadets to these emerging technologies and challenging them to consider how they would be fielded in a dynamic setting,” he said.

Daniel Smith, a senior and the RPA squadron commander, is interested in flying C-17 Globemaster IIIs for the Air Force mobility mission but said exposure to the unmanned aerial mission has been invaluable to understanding what the ‘future fight’ might entail.

“I think as an Academy, and as cadets, really have to prepare ourselves for what’s coming next and follow along with those larger conversations about where the Air Force is headed,” he said. “The more we dive into these concepts – like artificial intelligence or unmanned systems – the better prepared we will to meet those challenges going forward.”