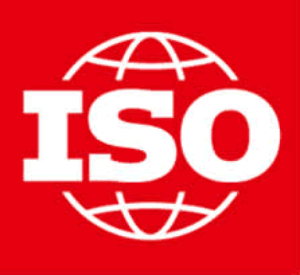 The world’s first ISO approved drone standards have been announced by the International Organisation for Standardisation following a 12-month period of consultation with drone professionals, academics, businesses and the general public.

Estimated to grow from USD 4 billion to USD 40 billion in the next five years , the global commercial drone market has skyrocketed in recent years and shows no signs of abating. Yet, where the pace of technology outruns regulations, International Standards are essential to ensure a minimum level of safety and quality.

A new ISO standard has just been published to keep everyone in the industry on the same plane.

From delivering parcels to surveying cows in faraway pastures, the application of drones, also known as unmanned aircraft systems (UAS), has expanded into a wide number of uses. These include solutions to many of the world’s problems. Surveying or detecting forest fires, monitoring the status of water bodies and traffic jams, these are just some examples where they are proving their unique worth.

Ensuring everyone in this fast-growing industry is on the same page, however, is essential to ensure minimum safety and quality, not to mention coordination and organization in the airspace.

ISO 21384-3, Unmanned aircraft systems – Part 3: Operational procedures, has just been published to meet that need. It is the first International Standard for UAS and specifies internationally agreed and accepted requirements for safe commercial operations.

John Walker, Chair of the ISO subcommittee that developed the standard, said there are hundreds of applications for small UAS alone that will benefit from this standard, including construction, safety, security, mining, maritime operations and more.

“The range of applications is growing fast, but at the same time, the industry is very much in its infancy, and there are a number of key obstacles to overcome before large-scale commercialization is achieved,” he said.

“ISO 21384-3 will help resolve those challenges through providing an airworthiness framework for the global UAS industry, allowing for safer and more widespread use.”

“Together, these standards will enable the development of new applications for UAS far beyond that which we see now,” said Walker.

ISO 21384-3 was developed by ISO technical committee ISO/TC 20, Aircraft and space vehicles, subcommittee SC 16, Unmanned aircraft systems, whose secretariat is held by ANSI, ISO’s member for the USA. It can be purchased from your national ISO member or through the ISO Store.

“I am delighted that the operating Standards for air drones have now been approved and published.  This success follows four years of collaboration involving ISO, BSI and other national standards bodies from all over the world, reinforced through expert input from a wide range of industry and public sector stakeholders. The Standards will deliver a new confidence among investors in the safety, security and compliance of commercial drone operations, which together with the Product Manufacture and Maintenance Standards, is expected in turn to facilitate a massive expansion in the availability and use of drone technology in the years to come.”

“Drones are a transformative global phenomenon, offering an unprecedented economic opportunity for those businesses and countries with the foresight to embrace this technology. My own conversations with Government, businesses and other stakeholders have shown that the new Standards will be enthusiastically welcomed and will empower organisations to discover how they can use drone technology to enhance their competitive position, adding value and creating growth and jobs.”