After falling behind several new competitors, pioneering loitering-munition manufacturer AeroVironment is working on a bigger Switchblade variant, as well as several new uses for its legacy weapon.

Additionally, the company believes it is close to receiving US State Department approval for a license to export its loitering munition, says AeroVironment chief executive officer Wahid Nawabi during a 3 December earnings call.

AeroVironment has not developed new applications for its Switchblade, despite being one of the first manufacturers to develop a loitering munition. It has been unable to sell its exploding drone outside the USA due to a lack of an export license from the US government. That has allowed competitors, notably Israeli companies like Elbit Systems, Israel Aerospace Industries, Rafael Advanced Defense­Systems and UVision, to fill the void. 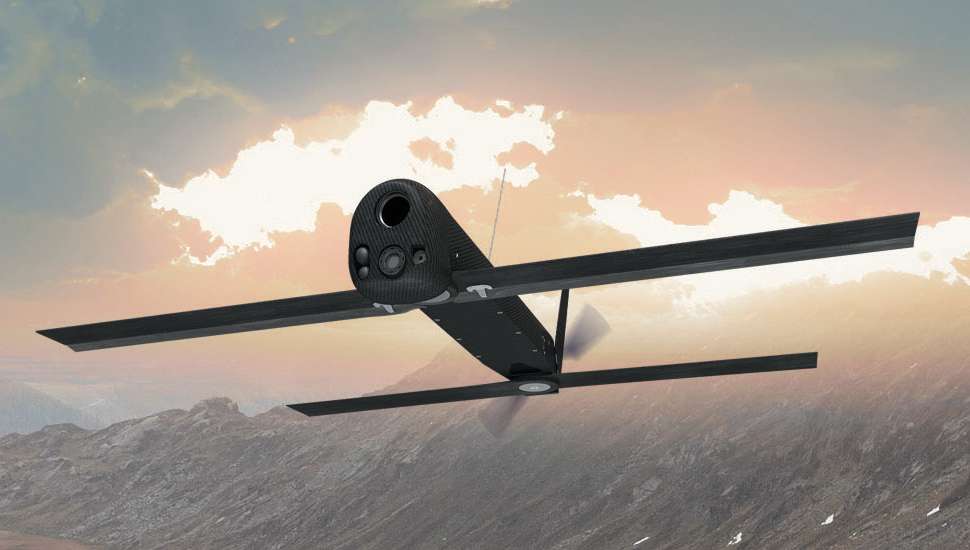 Switchblade is a canister-launched, electric-motor-powered unmanned air vehicle (UAV) that carries a grenade-size explosive intended to kill individual soldiers. The suicide drone, as some call it, has been used extensively by US special operations troops against insurgents and suspected terrorists in the Middle East.

However, since the Switchblade was unveiled in 2012, other companies have unveiled their own loitering munitions with longer ranges and larger explosives. Some of those larger variants are capable of taking out tanks by dive bombing the soft armour on the vehicles’ turrets.

AeroVironment is now working on several new applications for its Switchblade.

“We’ve been working actively with a funded customer for some time now to develop a much larger variant of our existing Switchblade,” Nawabi says. “This larger variant goes a lot further in terms of flight endurance, and it also carries a much larger mission effect and payload.”

The ability to carry a larger explosive could make the Switchblade effective against armoured targets, such as tanks or personnel carriers. AeroVironment sees larger variants as driving revenue growth.

“What it does is essentially opens up a much larger market opportunity for us,” Nawabi says. “We are not in a position to be able to disclose the specific timing of when we’re going to be launching that and releasing it to the market, but we’re making great progress.”

“I am of the belief, and so is our team, that our small [UAV] is fairly well-positioned for those types of applications, and mission effects, and mission capabilities,” he says. Switchblade and AeroVironment’s other UAVs, both fixed wing and rotor wing, “can play quite a compelling role in the swarming initiative and concepts that US [Department of Defense] has for future warfare systems and concepts of operation”, adds Nawabi.

AeroVironment has shown an undisclosed potential US military customer a swarming concept, though Nawabi declines to elaborate.

Though Switchblade is usually carried by an individual soldier and launched from a portable canister, AeroVironment is working on launching the loitering munition from an armoured vehicle and from larger UAV.

The company aims to integrate Switchblade into General Dynamics Land Systems’ Griffin III vehicle, a competitor in the US Army’s Next Generation Combat Vehicle programme.

What’s more, AeroVironment is working to install Switchblade on the wing of Kratos Defense & Security Solutions’ MQM-178 Firejet target drone. Piggybacking on the larger UAV would add some 200nm (370km) to the flying munition’s 5.4nm range. Kratos Defense said last month that it plans to test-launch Switchblade from the Firejet in early 2020.

During the 3 December earnings call, Nawabi also announced AeroVironment won the US Army’s sole-source Lethal Miniature Aerial Missile System contract. The three-year contract is worth $160 million and is the largest award the company has ever received for the Switchblade.