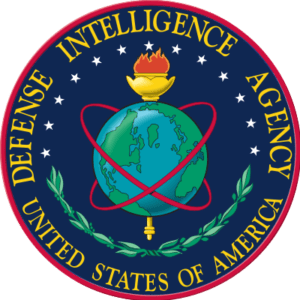 A US Defence Intelligence Agency (DIA) report has highlighted the importance of UAVs in Iran’s defence strategy, and the possibility of new fighter buys when United Nations sanctions end in 2020.

“UAVs are Iran’s most rapidly advancing air capability,” says the report. “Iran uses these versatile platforms for a variety of missions, including ISR (intelligence, surveillance, and reconnaissance) and air-to-ground strikes.”

The UAVs are mainly operated by the the Islamic Revolutionary Guard Corps Aerospace Force, and not the Islamic Republic of Iran Air Force, which operates most of the country’s fixed wing assets..

The DIA Report is in line with annual reports the agency produces about the USA’s other major competitors, China and Russia.

Tehran’s UAVs are used for ISR missions along the country’s borders as well as in the Persian Gulf and the Straits of Hormuz. Armed and unarmed UAVs have also been dispatched to Syria and Iraq in support of operations against Islamic State. This included a long-range strike in 2018 that saw armed UAVs used in concert with ballistic missiles to attack the Islamic State in Eastern Syria.

The DIA report lists 14 ingenuously produced UAVs that are in military service. These are mainly for ISR missions, but there are three main armed systems: the Shahed-129, Mohajer-6, and Fotros. Several of Iran’s UAVs are based on the re-engineering of captured western UAVs.

“However, despite advances in its UAV manufacturing capabilities, Iran remains reliant on Western manufactured engines and components to support its UAV production,” the report says. “Iran is developing a domestic UAV engine but is struggling with quality issues.”

Tehran’s conventional airpower, meanwhile, still relies on legacy western types obtained before the Iranian Revolution of 1979. These include the McDonnell Douglas F-4 Phantom, Grumman F-14A Tomcat, and Northrop F-5E, which are supplemented by Mikoyan MiG-29s and Sukhoi Su-24s obtained in the 1990s.

“Iran is unable to produce complete combat aircraft, but it has established a robust capability to maintain, upgrade, and modify its aging U.S. and Russian military aircraft.”

While Tehran seeks to produce modern fighter aircraft, it would need substantial foreign help to so.

The report adds that the arms embargo imposed on Iran is will be lifted by October 2020, allowing it to obtain new weapons systems such as fighters and main battle tanks. It contends that Tehran is already in discussions with Moscow about Su-30 fighters and Yakovlev Yak-130 trainers, as well as the Almaz-Antey S-400 Triumf surface-to-air missile system.