The Naval Group carried out the necessary modification of the ship in spring 2019, after a successful operational 2-year testing phase ensuring the interoperability between the vessel and the UAS. The video output from the S-100 was integrated in the onboard combat system. With the Schiebel CAMCOPTER S-100, the helicopter carrier is increasing its Intelligence, Surveillance and Reconnaissance (ISR) capabilities. 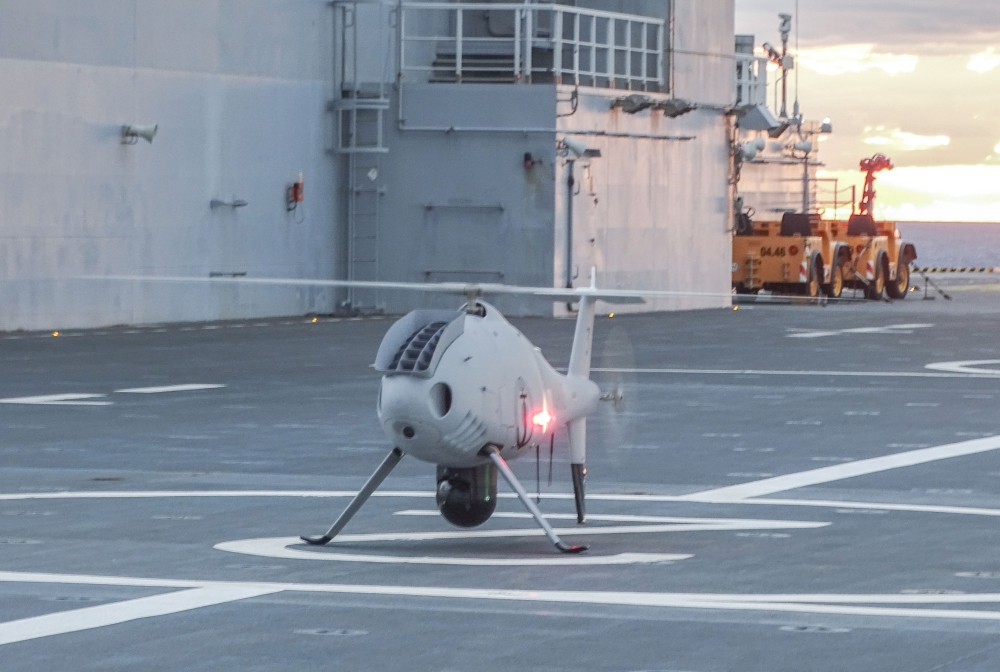 The CAMCOPTER S-100 operates day and night and can carry multiple payloads with a combined weight of up to 50 kg. Due to its minimal logistical footprint and size, it is ideally suited for maritime operations.

“We’re extremely proud of the fact, that we are the first rotary wing UAS being operational and connected to an amphibious helicopter carrier in Europe. It is an honour to be working with the DGA, Naval Group and French Navy,” said Hans Georg Schiebel, Chairman of the Schiebel Group.

Acting as a contracting authority, the DGA managed all technical stages, in close collaboration with the French Naval Group and Austrian Schiebel Group.