A military-grade drone crash-landed a few dozen meters away from homes in a tiny town in central Russia. Footage and images of the grounded drone shows it planted in an apartment’s block’s shared garden on Saturday afternoon.

Around a dozen people are seen surrounding the drone, inspecting it.

Pictures show the military-grade machine’s nose seemingly broken off, thought to have been caused by the impact of the landing.

The Orion Unmanned Aerial Vehicle (UAV) went down in the town of Listvyanka near the central Russian city of Ryazan.

Video filmed by Oleg Kondratov, a baffled local resident, from his window shoes the giant grey drone, around the size of a small airplane, splayed out a stone’s throw away from apartment blocks.

In the clip, he says: “A drone fell right into the garden. I went on a walk with my daughter there yesterday,” 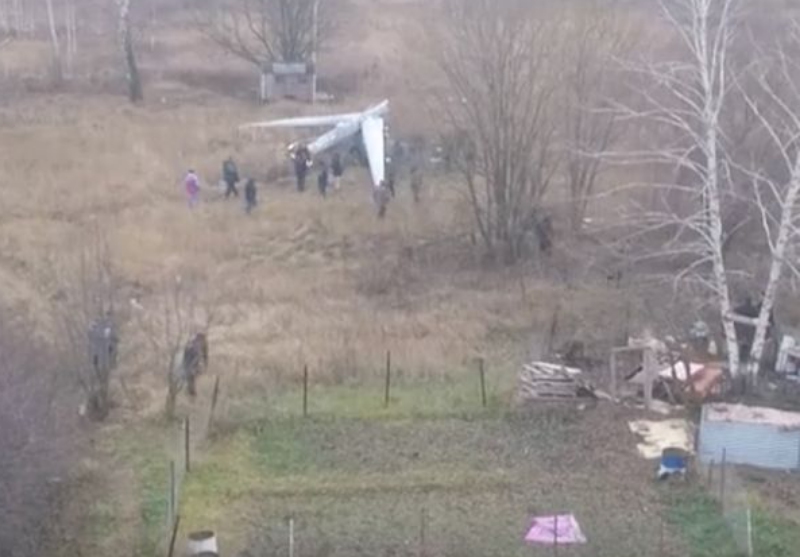 During the time of the crash, the vehicle was performing a test flight, according to the regional transport investigative committee.

The drone was supposed to land at the nearby airport, where “special service members” were expecting its arrival, the local governor’s spokesman told TASS.

A “systems failure” was the likely reason behind the crash, according to the investigators’ earliest assessment.

The Orion is classified as a medium-long-duration UAV, capable of flying autonomously for 24 hours at a time.

It weighs about a ton with a 200kg payload capacity.