Members of Europe’s leading aviation associations have published a joint paper setting out the principles to support the safe integration into European airspace of unmanned aircraft, or ‘drones’.

This is one of the most critical issues facing the aviation industry today. Drones will revolutionise many aspects of everyday life, from the way people travel, to agriculture, policing, mapping, deliveries, maintenance, asset management and construction. However, their proliferation also raises questions about how to handle their integration without compromising safety or security or disrupting current airspace operations.

The We are ALL ONE in the Sky initiative, which brings together representatives from the airline, airport, air navigation service, manufacturing, staff associations and beyond, has set out five key principles that  ‘U-Space Regulation’, currently under development by the European Union Aviation Safety Agency (EASA) and the European Commission, should meet. They cover aspects such as the importance of information exchange between all airspace users, the need to ensure the safe integration of drones in the airspace – as opposed to purely segregating them from other users of the airspace – and the fundamental importance of ensuring that today’s exceptionally high safety standards are maintained.

The We are ALL ONE in the Sky initiative supports the creation of a proportionate, risk- and performance-based regulatory framework to enable the drone services industry to flourish, and – crucially – to provide for a safe, secure and efficient operation of manned and unmanned aviation.

“This ambitious joint initiative shows that the aviation community is forward-looking regarding the integration of drones into European airspace. Drones promise many benefits, but their growth also presents many challenges to existing aviation infrastructure. On behalf of Europe’s air navigation service providers (ANSPs), CANSO joins the other We are ALL ONE in the Sky members to call for the right regulatory principles to ensure a safe future for this new aviation technology.”

Members of the We are ALL ONE in the Sky initiative: 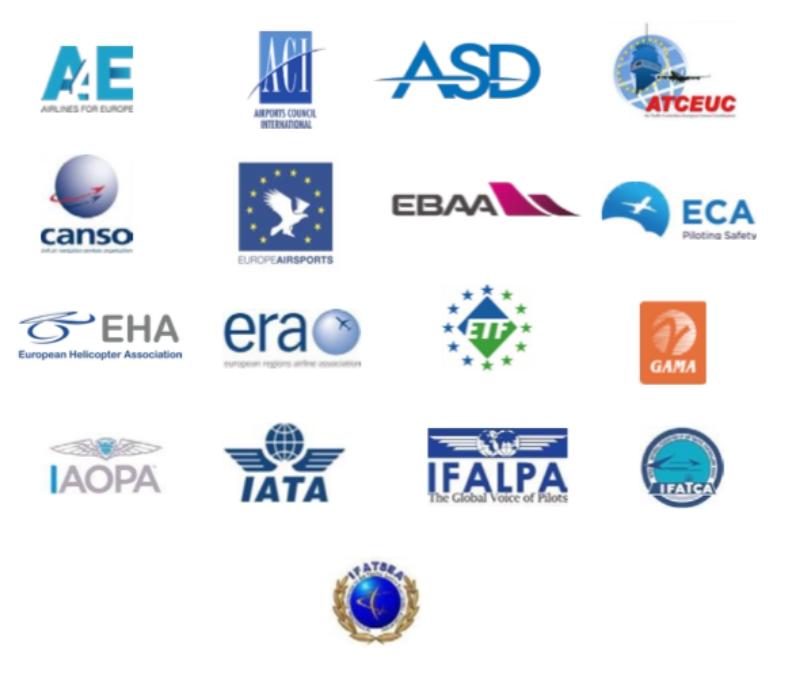