On Monday, Eric Allison, head of Uber Elevate, revealed a new Uber Eats delivery drone design onstage at Forbes Under 30 Summit in Detroit. The company plans to use this design when it starts testing meal delivery in San Diego next summer.

The new drone design can carry dinner for up two people and features six rotors, the company says. Its ideal trip time is eight minutes, including loading and unloading, and it can only do relatively short hauls. The drone can do up to an 18 mile trip made up of three six-mile legs: up to 6 miles to the restaurant, up to 6 miles from the restaurant to the customer and up to 6 miles back to its launch area. 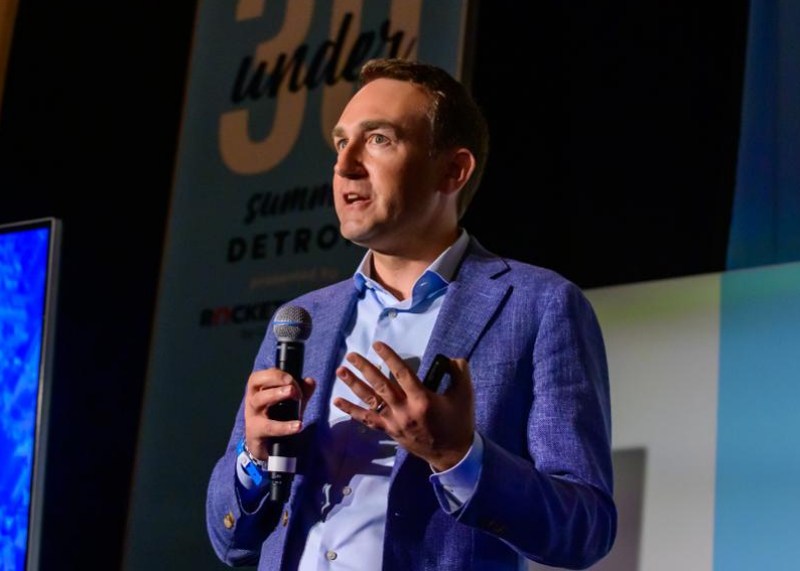 Eric Allison, head of Uber Elevate, speaks at the Forbes Under 30 Summit

Uber’s plan is to fly meals from restaurants to a staging location where an Uber driver would then travel the last mile for the hand-off to the customer. It has also considered landing drones on the roofs of delivery cars, the company said in June when it unveiled its drone testing plans. At the time, Uber Eats had made a few test deliveries from a McDonald’s near San Diego State University.