Just how dependent unmanned flying is on high-quality and functioning printed circuit boards, components and solder joints is shown by flying in enclosed spaces.

In these cases, standard solutions cannot always be used and individual developments have to be made, as the example of the German drone manufacturer U-ROB shows.

The controlling of the drone as well as the communication in enclosed spaces can be severely restricted by the environment. U-ROB has developed the drone ROBi for industrial applications and launched it on the market in 2019. 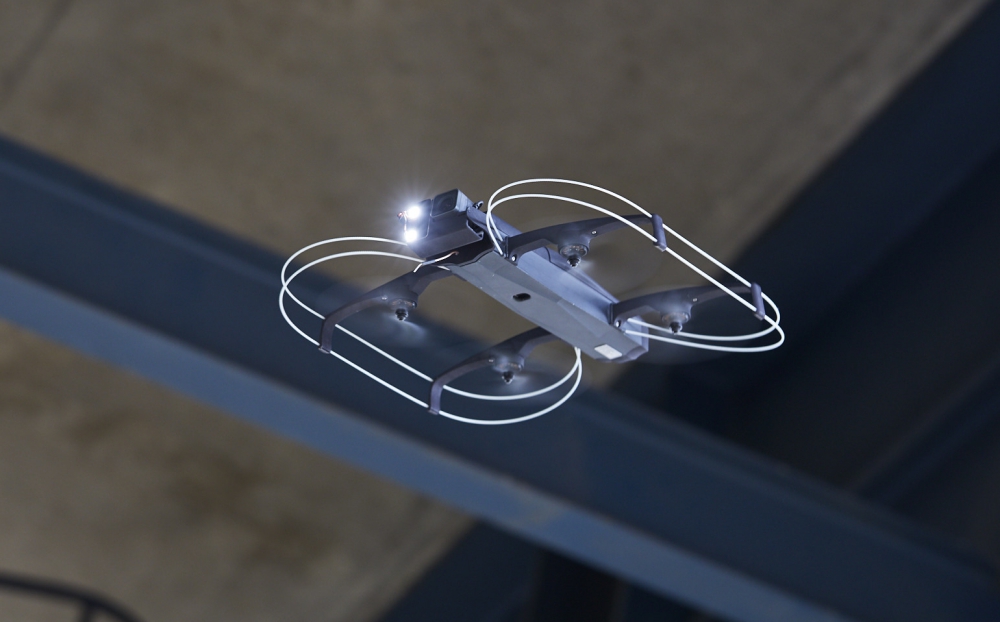 ROBi is equipped with an exchange mechanism for different sensors and camera systems. This allows the system to be used very flexibly.

“For example: during the interior inspection of a large tank we discover a possibly defective area on a weld seam on the transmission images of the camera. We can now replace the camera system with a system that measures the thickness of the coating or takes a sample, which allows us to tell the customer how serious the damage is,” continues Metz.

A complete inspection of a large tank can be carried out within a few hours. In contrast, conventional inspections lead to a downtime of several days.

For these applications, ROBi is equipped with a very bright RGB camera with a resolution of 12Mpx. Since ROBi usually operates in dark surroundings, the camera was fitted with dimmable high-power LEDs. The camera and LEDs are mounted decoupled from vibrations and can be turned by remote control 180 degrees up and down.

“For the majority of the electronic components, we try to work with existing assemblies. But it was with our camera lighting system that we had to develop our own solutions. In the course of the development, these solutions were constantly adapted and optimized. This was done with our development department,” reports Metz. 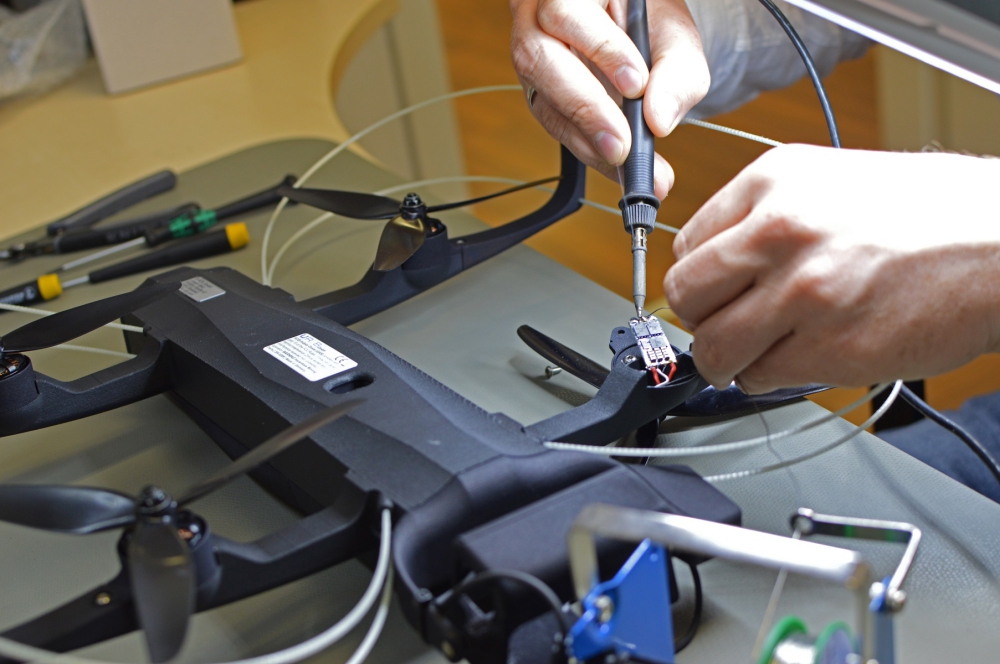 In the process, new LEDs were soldered by hand on the PCB due to packaging density and miniaturization. The connection of the individual payloads and the drone itself also had to be developed internally, adapted and brought to production. The development of a reliable connection was essential, since the possibility of changing payloads is a unique selling point of the ROBi. U-ROB used the soldering tools of the German manufacturer Ersa for electronic development and production.

“We have been observing the drone market for quite some time and we have noticed that in particular European manufacturers are continuing to specialize. As a result, the demands on quality and the technologies used are increasing, which is caused by the applications themselves and the miniaturization of the components. We seem to have the right manual soldering solutions for the demanding drone manufacturing tasks, because the requests from the drone industry are increasing,” explains Nolte. 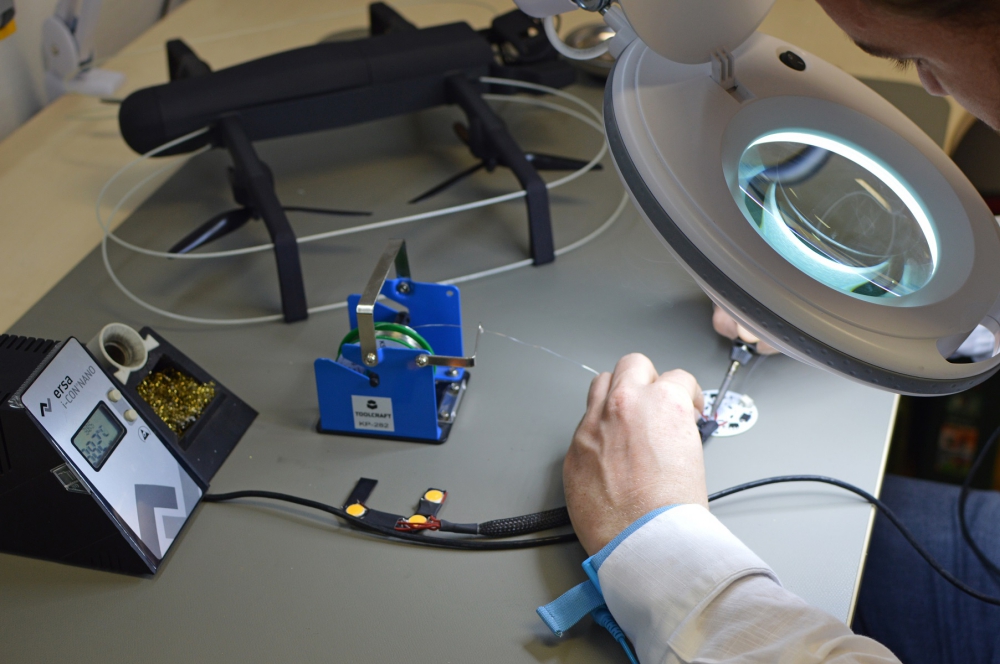 Metz shares Ersas’ statement regarding the specialization of the drone industry. U-ROB focused on inspection applications in the industrial sector right from the onset and the current business development of ROBi proves the entrepreneur from Bielefeld right.