A drone air taxi designed by Airbus has successfully completed 114 test flights in Pacific Northwest skies. The enthusiasm around the test flight hangar in Pendleton, Oregon, has to be leavened, though. Industry insiders said the technology is running years ahead of regulators and public acceptance.

“It’s cool and it’s real,” said the head of flight testing, Matt Deal, as curious attendees from a regional drone industry conference admired the futuristic prototype in a hangar at the Pendleton airport.

“No crashes, no nothing. It’s been great so far,” Deal told public radio. “Over 100 takeoffs and landings, all self-piloted. So there is no pilot either on the ground or in the vehicle. From the very beginning, we were all autonomous.”

Airbus named the eight-rotor prototype “Vahana,” an allusion to Hindu mythology and flying carpets. The goal is to offer a faster option for short hops across highly congested big cities — or from suburbs to city centers — at a cost that is competitive with ground taxi fare over the same distance. 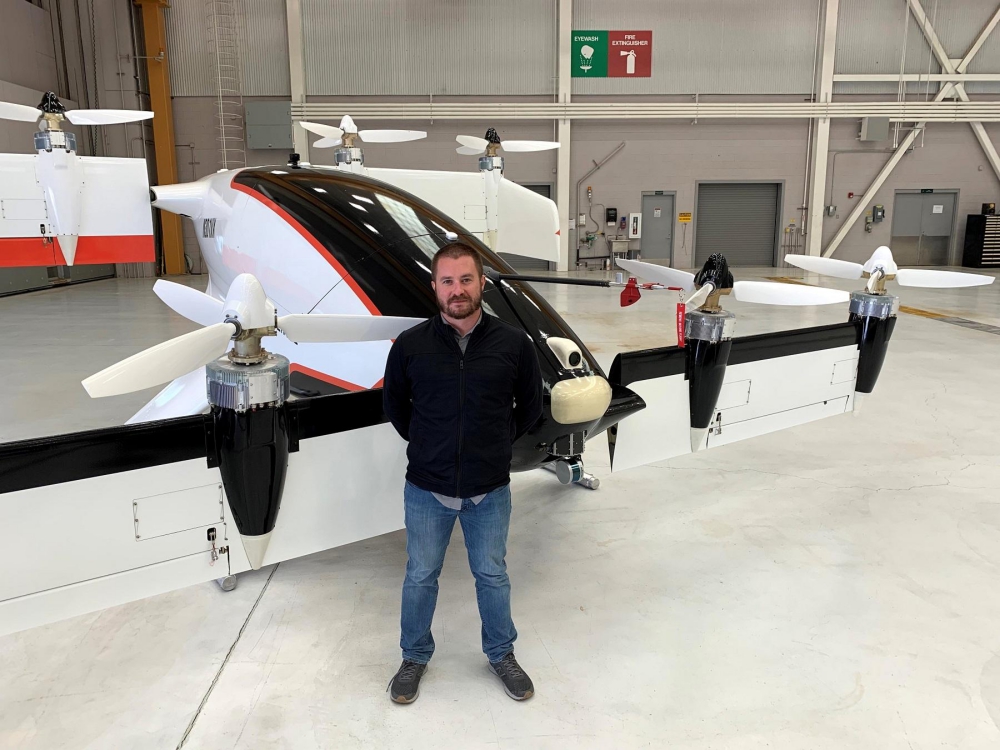 Deal said the prototype has a range of around 50 kilometers (31 miles) or about 20 minutes of flight time with fully charged batteries. He said the battery pack makes up almost 40 percent of the weight of the vehicle.

“Vahana was intended to be a technology demonstrator,” Deal said in an interview. “So from the very beginning we just wanted to prove the viability of technology and we’ve done that. From vertical takeoff, through transition, to a cruise speed of over 100 miles per hour, we’ve demonstrated electrification in aviation is not only feasible, it’s feasible now.”

There was no human on board for any of Vahana’s flights. In Europe, the company is flight testing a larger robo-air taxi dubbed CityAirbus. The learnings from both aircraft development programs will be combined into a next iteration. Deal said Airbus is proceeding methodically amid lots of competition worldwide.

Last week, Pendleton High School students looked over the Airbus drone taxi and pronounced themselves ready to try it out.

“I’d be fine flying in a drone,” said sophomore Dylan McKenzie. “I think it would be an amazing experience.”

“I have enough confidence in the technology that they have put into this and the amount of development they have going into this machine that I trust them,” added fellow student Tripp Sorenson.

“I love technology,” Fellman told public radio. “I use technology, but there are too many glitches. Until I am sure, whether it is autonomous cars or autonomous air vehicles, I’m not personally getting in.” 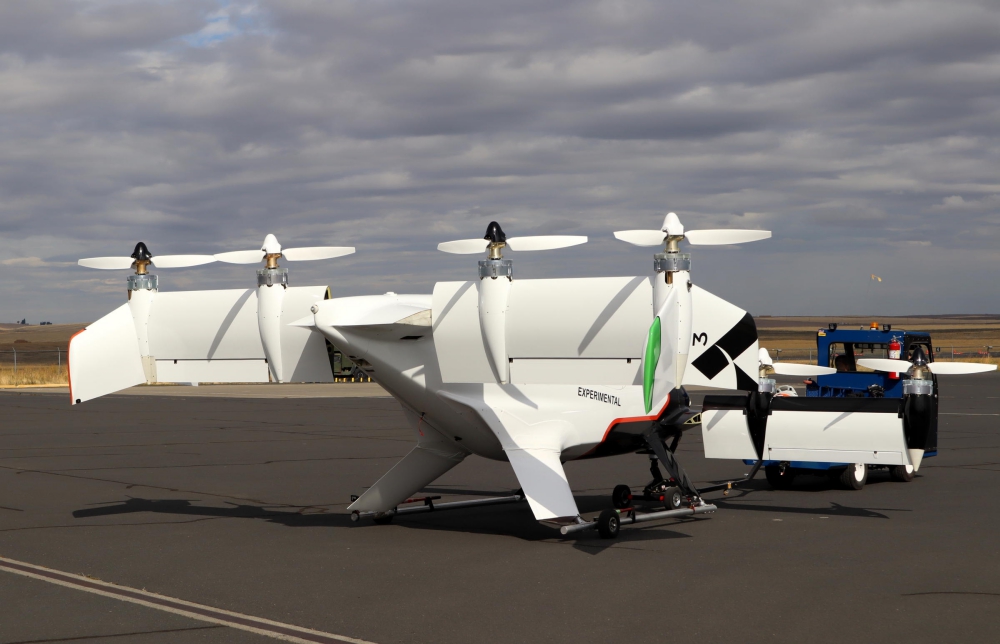 Public acceptance and perceptions of safety are among many remaining hurdles, said University of Washington researcher Don MacKenzie. The engineering professor is currently studying why most people remain wary of autonomous vehicles.

The Federal Aviation Administration still needs to define how it will certify this new class of passenger-carrying aircraft. Separately, governments and aircraft makers are pouring millions of dollars into air traffic control studies. One of those trials will unfold over the inland Northwest soon, in partnership with defense contractor PAE ISR.

The Airbus Vahana team is beginning to research noise from robo-air taxis — yet another issue with more questions than answers.

Civic leaders in Pendleton have embraced the drone test range at the city-owned airport. Airbus and PAE ISR are probably the highest profile tenants among a variety of global aerospace companies that have leased all of the available hangar space around the airfield.