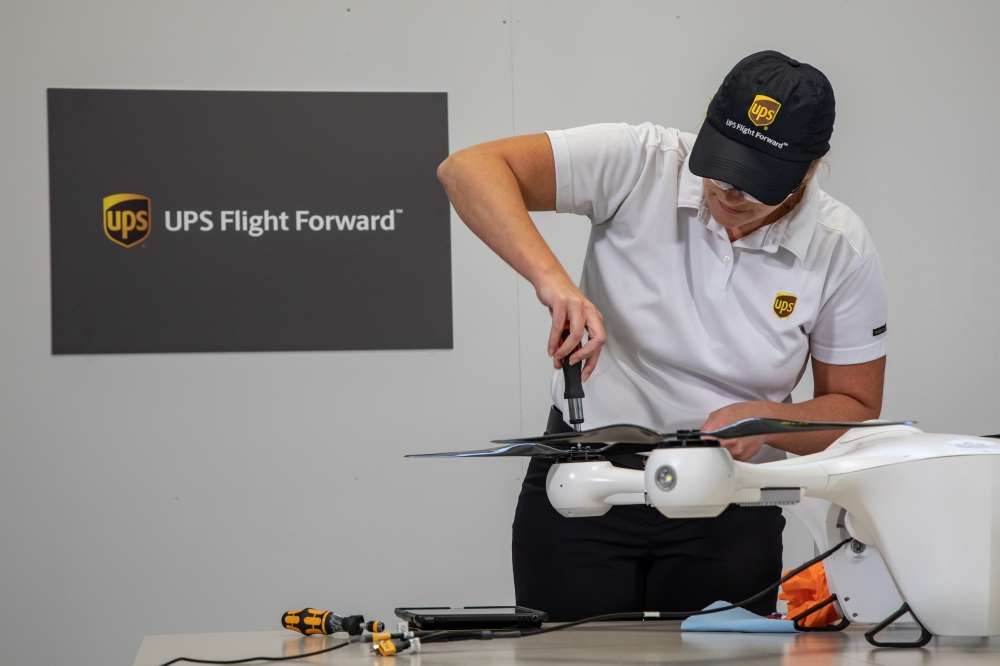 “This is a big step forward in safely integrating unmanned aircraft systems into our airspace, expanding access to healthcare in North Carolina and building on the success of the national UAS Integration Pilot Program to maintain American leadership in unmanned aviation,” said U.S. Secretary of Transportation Elaine L. Chao.

Through the Department’s Unmanned Aircraft Systems (UAS) Integration Pilot Program (IPP), the FAA has now approved a Part 135 operating certificate for UPS Flight Forward. This allows the company to perform revenue-generating package delivery activities within federal regulations. UPS Flight Forward may now operate multiple drones under one certificate. Under Part 135, the company can deliver vital healthcare supplies including by flying beyond visual line of sight.

As a participant in the U.S. Transportation Department’s Unmanned Aircraft Systems Integration Pilot Program, the North Carolina Department of Transportation (NCDOT) partnered with UPS Flight Forward. As the operator, they have been engaged in delivery of healthcare supplies around a major hospital campus in Raleigh, North Carolina. The flights have focused on the delivery of blood for potentially life-saving transfusions, as well as other medical samples for lab work.

The company demonstrated that its operations met the FAA’s rigorous safety requirements to qualify for an air carrier certificate. This is based on extensive data and documentation, as well as test flights.

Earlier this year, UPS partnered with drone-maker Matternet to launch its healthcare delivery service on the WakeMed campus. This first ever revenue-generating service demonstrated the business case for drone delivery of medical products and specimens. With its Part 135 Standard certification, UPS is ready to build on this application and expand to a variety of critical-care or lifesaving applications.

“This is history in the making, and we aren’t done yet,” said David Abney, UPS chief executive officer. “Our technology is opening doors for UPS and solving problems in unique ways for our customers. We will soon announce other steps to build out our infrastructure, expand services for healthcare customers and put drones to new uses in the future.”

The FAA’s Part 135 Standard certification has no limits on the size or scope of operations. It is the highest level of certification, one that no other company has attained. UPS Flight Forward’s certificate permits the company to fly an unlimited number of drones with an unlimited number of remote operators in command. This enables UPS to scale its operations to meet customer demand. Part 135 Standard also permits the drone and cargo to exceed 55 pounds and fly at night, previous restrictions governing earlier UPS flights.

“UPS Flight Forward is benefitting from our knowledge as one of the world’s leading airlines. The Flight Forward organization is building a full-scale drone operation based on the rigorous reliability, safety, and control requirements of the FAA,” Abney said.

UPS also has provided input to government regulators responsible for establishing rules for safe drone operations in the United States. A UPS senior executive has served since 2017 as one of a select group of corporate advisors on the FAA’s drone advisory committee.

On The Horizon for UPS Flight Forward

UPS Flight Forward is forging paths to create innovative new services for customers. Part 135 Standard certification enables UPS to integrate drones into the UPS logistics network, creating potential for new applications in many industries. The company has a long-term plan with important milestones in view. These include: