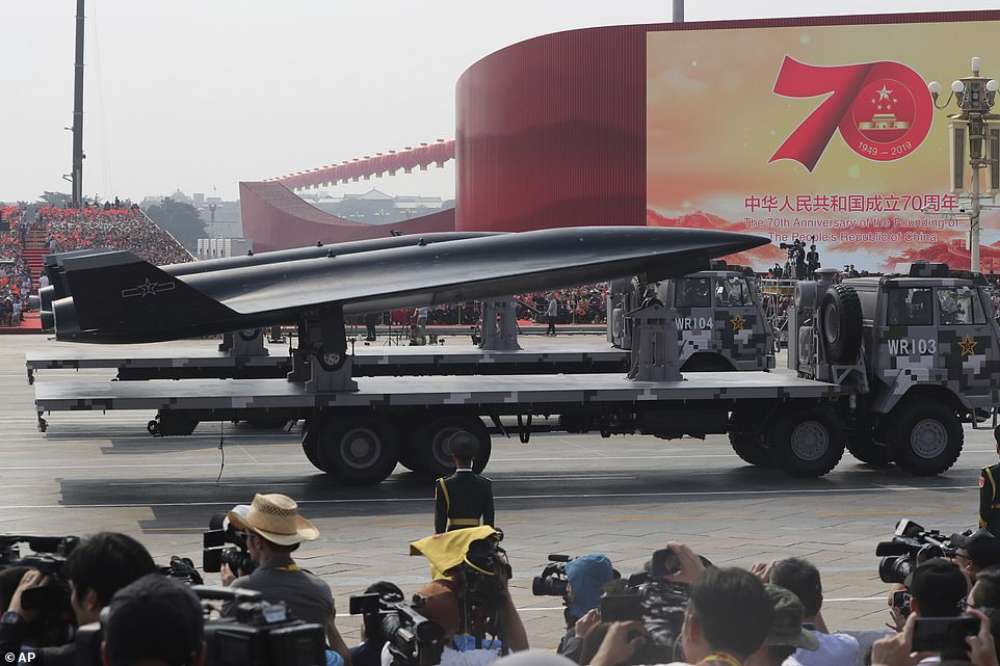 W-8 hypersonic reconnaissance drone. The drone’s sleek body and high speed is designed to evade radar systems. The craft itself would be used to acquire targets for China’s new missiles, including its anti-aircraft carrier weapons

China showed off its military power and economic prowess during a parade to mark the 70th anniversary of the founding of the People’s Republic on Tuesday.

The display was presided over by Xi Jinping, wearing a grey jacket in echoes of Mao Zedong. Standing in an open-topped car, he watched the show from the Gate of Heavenly Peace, from where Mao proclaimed the founding of the modern nation in 1949.

The military parade was China’s first large-scale display of arms since 2015 and was used to showcase the leaps that its army – which has the second-largest budget in the world behind the US – has made since then.

Included in the display was a new intercontinental ballistic missile capable of hitting anywhere in America within 30 minutes, a hypersonic nuclear missile that is theoretically capable of evading all known missile defence systems, along with new stealth drones and aircraft. 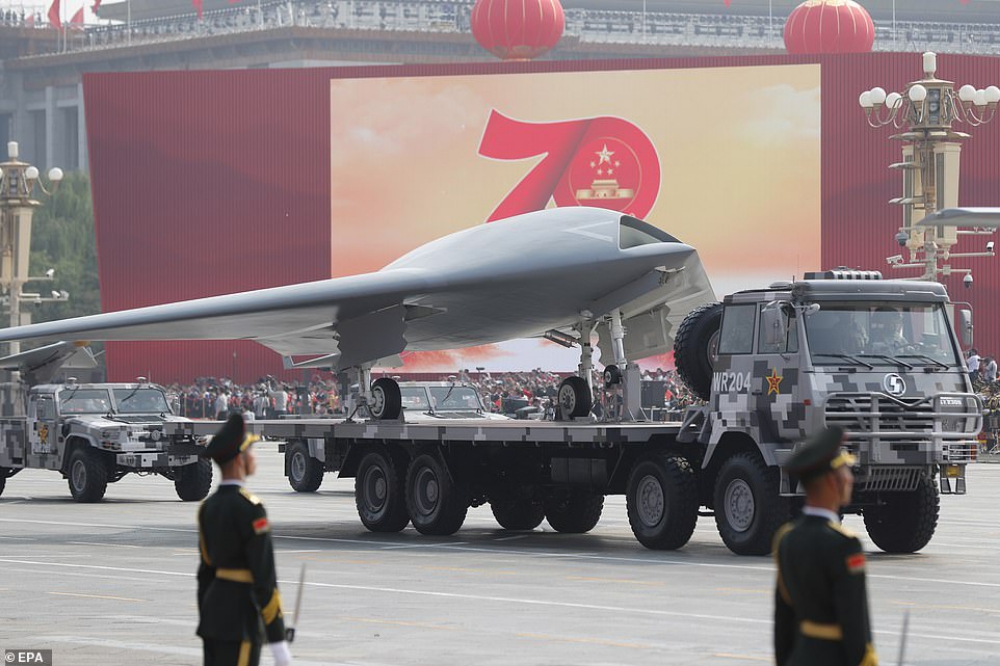 The GJ-11 long-range stealth attack drone, which is based on the American-made B-2 strategic bomber,

President Xi and other Chinese leaders, including former Presidents Hu Jintao and Jiang Zemin, watched from atop the Gate of Heavenly Peace at the square’s north end.

The event marks the anniversary of the Oct. 1, 1949, announcement of the founding of the People’s Republic of China by then-leader Mao Zedong following a civil war.

The parade follows Xi’s promise to allow Hong Kong to manage its own affairs despite anti-government protests that have embarrassed the ruling party ahead of the year’s highest-profile propaganda event.