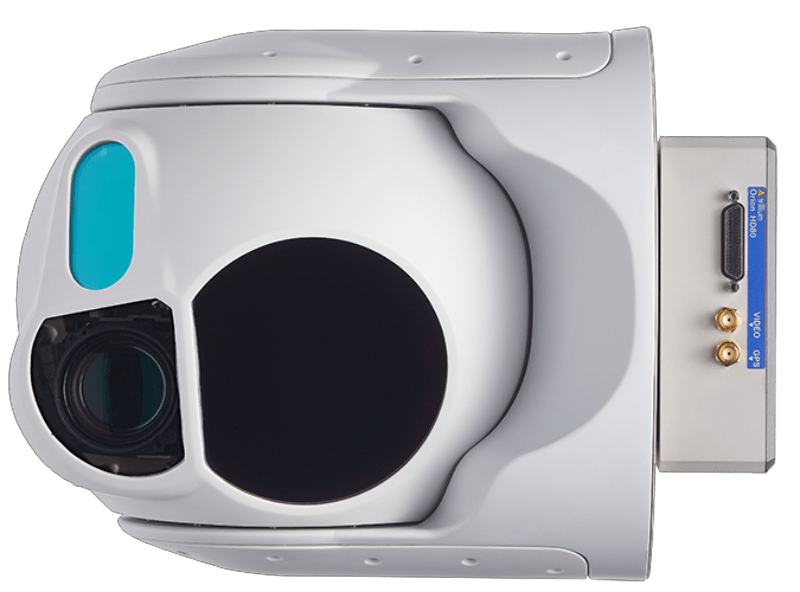 Trillium Engineering, a supplier of gimballed camera systems for small unmanned aircraft systems (UAS), successfully conducted a test flight of a new video processor that will dramatically improve the operation of Group 2 UAS.

The current crop of full-motion video camera systems used on tactical UAS rely on an H.264 video compression codec standard. The resulting picture is “good enough” for close targets. But when the UAS operates at long ranges from the ground station, the bit rate to the operator is reduced.

As a result, critical details in the imagery get fuzzy.

“You can’t tell, for example, if the person you are monitoring is holding a rifle or a shovel,” said Rob Gilchrist, president of Trillium Engineering. “This means that you have to scrub some missions because you can’t make a positive identification.”

However, by adapting its video camera systems to the newer, more efficient H.265 standard, Trillium Engineering promises to change all that.

In late August, company engineers took an HD80-MV gimballed camera with a video processor designed to handle the new H.265 standard and mounted the system on a Cessna aircraft. The plane served as a test surrogate for a Group 2 UAS, with the HD80-MV controlled from a laptop on the ground.

“When the plane was in the air, we reduced the bit rate to mimic a UAS that was further away,” Gilchrist said. “Then we switched the standard from H.264 to H.265. The difference in the picture was remarkable.”

The streaming midwave IR and electro-optical imagery was 50 percent clearer than what cameras on Group 2 UAS normally produce.

The airborne demonstration of the H.265 video processor for small, gimballed cameras was funded in part by a Phase 2 Small Business Innovation Research (SBIR) grant, awarded in the fall of last year by the U.S. Air Force Research Laboratory. The next step is to demonstrate the new capability to UAS companies.