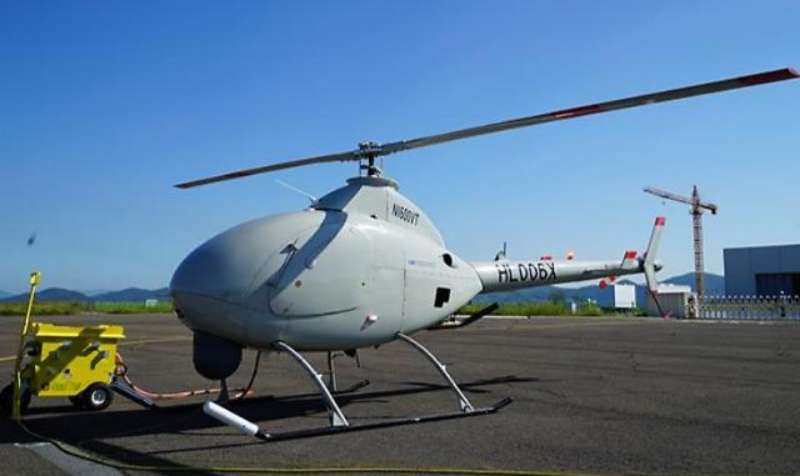 An unmanned helicopter developed by Korea Aerospace Industries (KAI), the sole aircraft maker in South Korea, made a successful maiden flight in a project aimed at acquiring technologies related to advanced unmanned aerial vehicles.
In its test flight in a space center in the southern coastal town of Goheung, the unmanned helicopter named “Night Introduer (NI)-600VT” flew in place and turned left and right to check its flight control performance and safety, KAI said in a statement on Tuesday.

The NI-600VT is a 600-kilogram vertical take-off and landing unmanned helicopter based on a manned helicopter with two seats, KAI said, adding that key systems such as automatic flight control and aviation electronics were all made with independent technology.

KAI plans to complete the first stage of development this year and secure automatic take-off and landing capabilities on the ship.

“We will lead the domestic unmanned aerial vehicle technology and industry by having our own original technologies that will enable the unmanned refinement of fixed-wing and rotating-wing aircraft in the future,” it said.

South Korea hopes to develop or acquire a variety of unmanned aerial vehicles or drones capable of staging tactical and strategic missions at high, medium and low altitudes. In July 2017, TR-60 UAV, an unmanned aerial vehicle powered by helicopter-like rotors, successfully conducted a vertical take-off and landing test aboard a fast-moving coastguard vessel.

The test of TR-60 UAV with rotors at its wingtips, designed by the state-run Korea Aerospace Research Institute (KARI), weighed 200 kilograms and can fly for more than five hours.