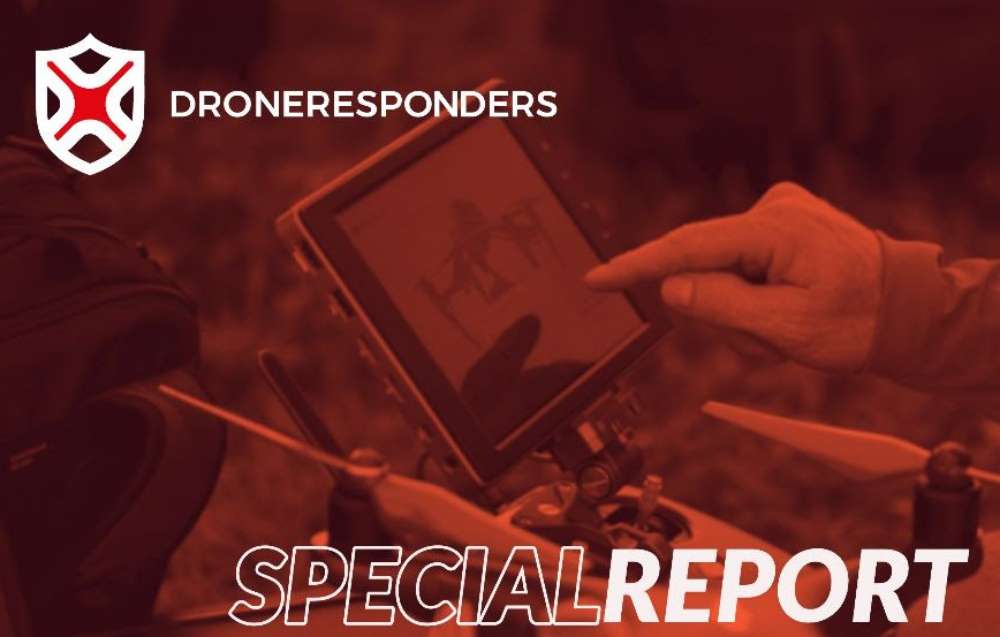 The DRONERESPONDERS report, Chinese sUAS Technology in the U.S. Public Safety Sector, was released today – less than one-week after a proposed bill titled the American Security Drone Act of 2019 was filed at the U.S. Capitol.  The DRONERESPONDERS report includes results and analysis from online survey data collected over the past several weeks from public safety drone program leaders and operators.

“Our goal for this report was to better understand the perspectives of America’s first responders who are using drones made in China,” says Christopher Todd, Executive Director of the 501(c)3 non-profit Airborne International Response Team (AIRT) and a lead analyst on the report.  “We were able to glean some incredible information surrounding the role of foreign UAS technology for public safety.”

Todd says the timing of the DRONERESPONDERS report coinciding closely with the proposed bill from lawmakers was purely coincidental, yet underscores how interest surrounding the use of Chinese drones in America’s airspace is increasing daily.  Something echoed by another report analyst, DRONERESPONDERS Director, Chief Charles Werner (ret.).

“We’re seeing all types of public safety agencies from the Department of the Interior to small town fire department using these systems,” says Werner.  “We wanted to explore how recent rumors surrounding drone data security were affecting the mindset of these operators.”

The rumours Werner refers to primarily involve Chinese drone maker DJI, the leading global manufacturer and seller of sUAS.  DJI has been a recent target of U.S. officials who claim the company is positioned as a potential relay that, if pressed, could send sensitive drone data from U.S. customers to the Chinese government – something DJI vehemently denies.

“We have no dog in that fight, and no way to know what is really happening with the data,” says Werner.  “Our focus is on how all of this speculation is potentially impacting public safety agencies and operators using drone technology.”

Among the key findings from the Chinese sUAS Technology in the U.S. Public Safety Sector report:

3.     Brand loyalty to DJI is precarious as the public safety sector waits for a viable U.S.-branded solution to enter the marketplace.

Todd says that the new report was based upon the initial set of survey data to be released.  He says DRONERESPONDERS has collected a wealth of data that will be used to create additional guidance to help public safety agencies better use drones for good.

“We’ll be releasing additional information in the near future,” said Todd.  “We realize that the public safety sector needs more guidance to help make better decisions, and we’re working hard to make that happen as quickly and accurately as possible.”

To download a complimentary copy of the DRONERESPONDERS Chinese sUAS Technology in the U.S. Public Safety Sector report, click here.