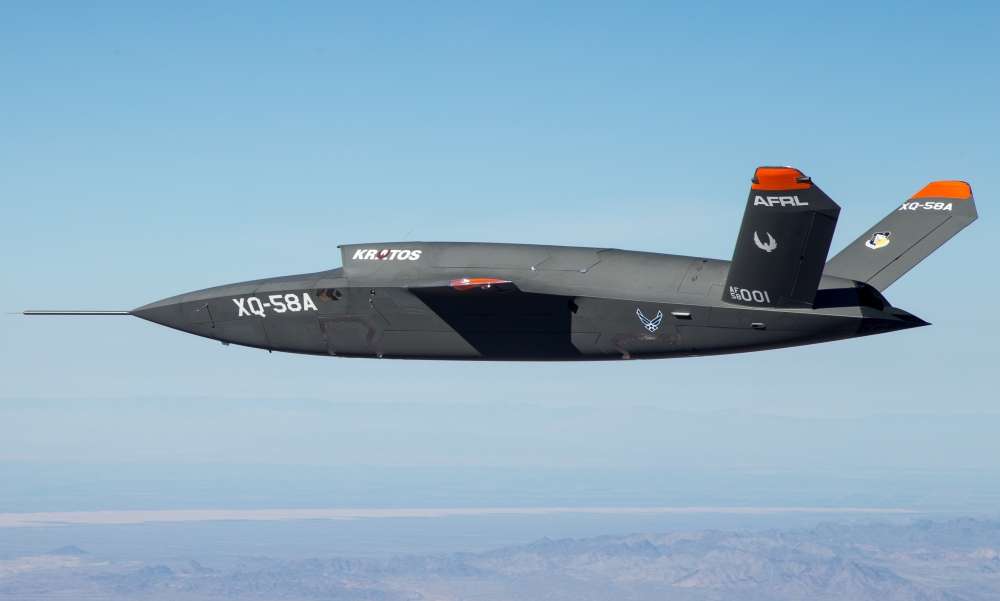 Kratos Defense & Security Solutions expects to be on a contract before the end of September 2019 to integrate communications and autonomy payloads into its XQ-58A Valkyrie unmanned air vehicle (UAV).

The loyal wingman aircraft, being developed in partnership with the US Air Force Research Laboratory (AFRL), would be tested in the first quarter of 2020. The payloads are not part of the AFRL programme, but come from another US defence customer, says Steve Fendley, president of Kratos Unmanned Systems Division. He declines to name the client or the specific hardware that is planned for integration.

Kratos has completed three examples of its XQ-58A and all are flight worthy, says Fendley. The first aircraft has flown twice since March 2019 and is owned by the US Air Force (USAF). The other two are owned by Kratos, one of which is anticipated to fly before the end of the year.

“We know the airplane works. Now, put some sensors and systems on it that are configured in the way that you would ultimately use the airplane,” says Fendley. “We’ll be integrating things into the weapons bay and there are two major payload bays on the forward section of the airplane – we will be integrating in all those areas.”

The Valkyrie has a modular nose cone and front midsection, as well as plug and play interfaces, to allow sensor hardware to be quickly swapped in and out, he adds.

Speaking hypothetically about future capabilities, Fendley also says the recently unveiled Raytheon Peregrine, a half-sized, medium-range, air-to-air missile, could be carried in the XQ-58A’s weapons bay. The Lockheed Martin Cuda might be another air-to-air missile candidate, he says.

The UAV’s weapons bay is sized to carry four small diameter bombs, but could fit at least two Peregrine-sized air-to-air missiles, says Fendley. Adding air-to-air missiles to the XQ-58A would help fulfill one of its envisioned roles as an escort wingman for manned aircraft such as the Lockheed Martin F-35 Lighting II or Boeing Super Hornet F/A-18E/F.