Boeing HorizonX Ventures and Safran Corporate Ventures, which partnered on the Series A funding round, aim for EPS to „develop a highly automated industrial base capable of producing aviation-grade energy storage systems at an unprecedented scale“ while reducing the costs of batteries, according to a joint statement. Having joined their portfolios, EPS will be able to draw on the infrastructure and engineering experience of Boeing and Safran as needed.

This joint investment will enable EPS „to develop a modular suite of certifiable products for Part 23 Aircraft, and to manufacture them at scale consistent with automotive volumes,“ EPS chief executive Nathan Millecam says in an email. „Electrification of flight has the potential to fundamentally change how goods, services and humans connect.“

The Utah-based battery developer is coordinating with the US Federal Aviation Administration to test and develop regulations for safe electric flight, including within the agency’s existing Part 23 standards. Most battery-powered aircraft in development fit within the Part 23 weight class, are designed to carry between two and eight passengers and are propeller-driven, including urban air mobility aircraft being designed for short flights above cities.

Power failure mid-flight is a major risk engineers want to avoid, so NASA and developers of electric aircraft seek lithium-ion battery modules lightweight enough for efficient flight that can also avoid overheating and failure. Boeing and Safran share their research on battery chemistry with each other and academia because everybody wants a breakthrough to improve energy storage, but they are competitive and secretive about their battery packaging technologies.

Millecam in a previous interview told Cirium this packaging technology gives his company a competitive advantage and has attracted numerous companies to contract EPS to develop components for electric aircraft.

The nascent electric aircraft sector has the potential to both reduce fuel costs for flight and shift carbon emissions from aircraft to ground-based power plants that transfer energy to batteries, where those emissions could be filtered more effectively than on thermal aircraft engines.

Denver-based Bye Aerospace has these goals in mind for its fully electric eFlyer propeller aircraft, which also includes EPS battery technology. The eFlyer’s single-propeller electric motor is designed to reduce the cost of training by removing the expense of fuel used during flight hours to gain pilot licences.

The joint investment in EPS is part of an ongoing effort by the Safran and Boeing to make electric flight affordable and practical. Safran Corporate Ventures invests in Oxis Energy, which designs lithium-sulfur cells, while Boeing HorizonX Ventures invests in Cuberg, which is trying to improve energy storage and reduce the volatility of lithium-ion units.

Boeing and Safran are investing in electric flight with the hopes of getting a head start on a potentially lucrative urban air mobility market. Assuming regulatory approval and consumer confidence, urban air mobility could grow to 80,000 daily passengers and annual market demand of $2.5 billion in „the first few years of operation”, consulting firm Booz Allen Hamilton said in a 2018 report commissioned by NASA. 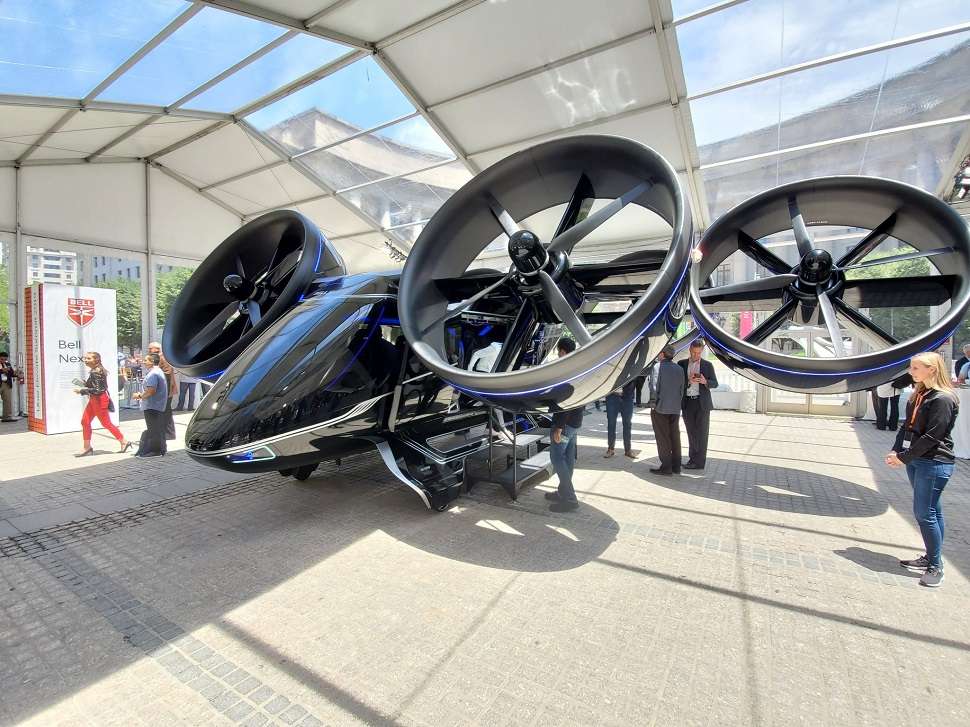