EHang’s passenger-grade AAV, EHang 216, has already completed similar public demonstration flights in several other Chinese cities, including at EHang’s headquarters in Guangzhou, Lianyungang and Luzhi in Jiangsu province, Taizhou in Zhejiang province, Yantai in Shandong province and Shenyang in Liaoning province. The success of these passenger-carrying autonomous flights demonstrates that pilotless flying taxis are not a dream of the future, but here today.

EHang’s AAVs have also performed multiple passenger-carrying autonomous flight demonstrations in Austria, the Netherlands, and Qatar, among other countries. Its one-seater model EHang 184, the world’s first passenger-grade AAV, was unveiled at the 2016 Consumer Electronics Show in Las Vegas, Nevada.

“We are very excited that our AAVs are visiting more cities and being accepted and celebrated by local communities,” said Hu Huazhi, EHang’s founder, chairman, and CEO. “This is a critical step towards making our dream reality and to make urban air mobility broadly available and affordable as a safe, fast, and eco-friendly transportation alternative.”

EHang 216 can carry up to 220kg and fly as fast as 130km/h. It is battery powered and equipped with full redundant components for safety, including 16 propellers. Passengers will not need a pilot license to fly EHang’s AAVs and will only need to choose their destinations on a mobile app. The AAVs will fly autonomously on pre-programmed routes, which include taking off, landing vertically, and conducting U-shaped travel. The vehicles will be tracked and can, if necessary, be commandeered from a command-and-control center on the ground. 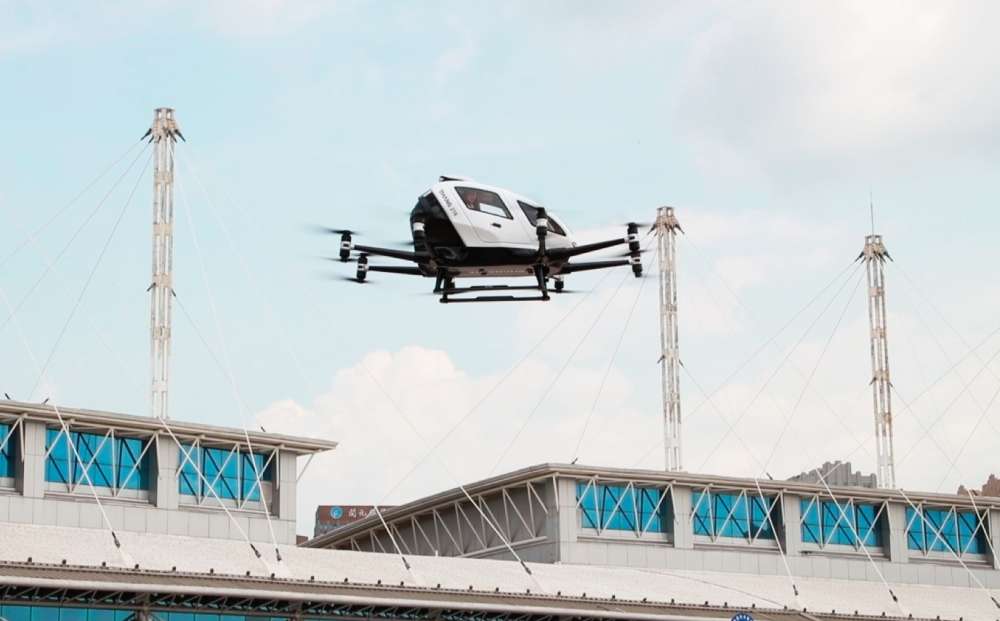 EHang and its partners have been working with global aviation regulatory authorities, including the International Civil Aviation Organization at the United Nations, the European Aviation Safety Agency, the Civil Aviation Administration of China, and other organizations in North America and Europe, to help lay the groundwork for developing the logistics and regulations for the urban air mobility market.

The UAM market is expected to reach US$1.5 trillion by 2040, according to a Morgan Stanley report. German consulting firm Horvath & Partners estimates the number of flying taxis could exceed 23,000 by 2035 and that about 240 cities will allow flying taxis in the years between 2025 and 2049.