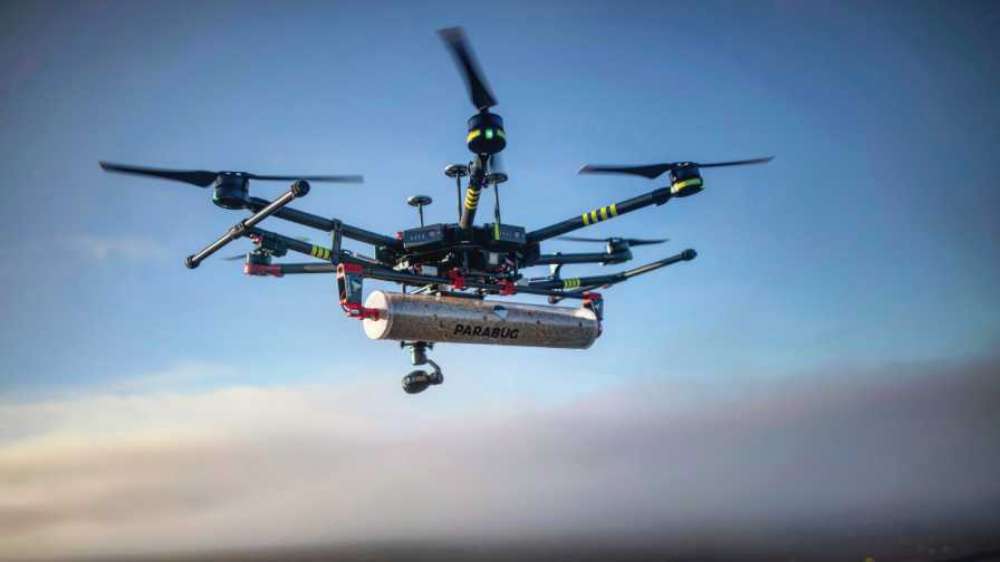 Growing up and working in California’s Salinas Valley, Jaclyn Bennett has long heard the complaints from growers who want to use beneficial insects but bemoan the man-hours needed to disperse them in the field.

“The industry standard is by hand,” she says. “With labor costs and shortages, they don’t have the labor to get it done or couldn’t afford the labor to do it.”

But Bennett, now the General Manager of Parabug, believes technology can finally provide answers. The three-year-old company’s patents-pending technology aims to bring about the greater use of augmentative biological control for agricultural pests by using unmanned aerial vehicles — drones — for the rapid and timely dispersal of biologicals.

She says the mission of Parabug is to help make the use of biologicals more economically feasible for growers by skipping the field labor completely, increasing access to applications because worker shortages would no longer be an issue, all while reducing the cost of those applications.

“A hundred acres would take a crew of 20 a whole day,” she says. “We can do it in about two to three hours.”

Parabug is not the only drone company to see the opportunities for growers in the more efficient application of biologicals.

UAV-IQ, which is also based in California, recently announced that it is partnering with Koppert Biological Systems to offer aerial biocontrol.

Andreas Neuman, UAV-IQ President, says they have extensively researched the issue, and there’s no doubt growers can save a lot of time and money. He estimates the cost will average about $20 an hour, replacing crews of 4 to 10 people doing the applications.

Bennett estimates the average hourly cost is about $15, though that can range higher or lower depending on any number of factors, such as type of crop, pest, etc. She estimates the aerial applications will generally save growers between 50% and 75% over hand applications.

“In fact, we are seeing a lot of growers call who have never used beneficials before,” she says. “The cost was limiting in the past; it was just for high-dollar crops.”

Scouting Critical
The company has worked with growers in a wide range of crops, both organic and conventional. Parabug’s rotating drum works with the biology of many beneficial insects to ensure uniform dispersal and gentle release. The design also allows for the use of a variety of different standard carriers such as vermiculite, sawdust, bran, and rice hulls.

“The drum rotates according to its pattern, and it essentially acts like a saltshaker,” she says. “It releases a uniform amount of carrier and insect.”

The grower or the Pest Control Adviser supplies the beneficial predators. The insects can be tricky to work with, as some are so small they are difficult to see with the naked eye. Because of that, Parabug does its own quality check, taking pictures and videos of insects to make sure they’re OK. But Bennett says it’s important for the grower to be well-versed for an effective program.

Many growers do have pretty extensive scouting programs, whether it’s done by their PCA or CCA, or they do it themselves. Bennett says it’s critical for growers to understand the pest pressure in the field as well as the presence and health of their beneficial population. Growers should determine the timing of their beneficial insect applications based on the pest populations they are seeing in the field. In addition, growers should always continue to scout their fields after a beneficial insect release.

“Monitor how well the beneficial population is establishing, as well as determine whether an additional release may be necessary,” she recommends. “Continuous scouting and monitoring are key to an effective integrated pest management program.” 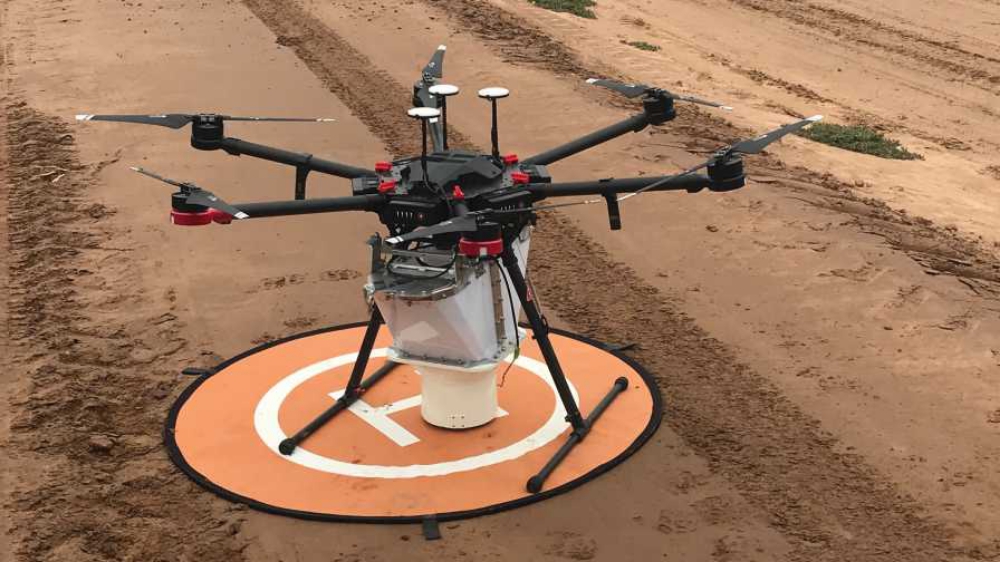 “We’re extremely excited to team up with the premier company in biocontrol to help address the pest management needs of growers” says Neuman. “What’s great about Koppert is they’ve worked on their packaging for better drone release, making for much more uniform dispersal.”

For example, beneficial predators can get at pests even when they’re hiding where chemicals can’t always reach.

“They hang out in cracks, on the undersides of leaves, and with chemicals you need to supersaturate, but if you release predators or parasitoids, they’re hunters,” he says. “Even if you’re a conventional grower, you can still see a strong benefit.”

Another plus is more efficient distribution than traditional hand application.

“Picture 4 to 10 people walking 100 acres shaking cans — you might not have the highest quality control as to dispersal,” he says. “The drone is calibrated for what the PCA has said is right. The uniformity of the release is improved with drones.”

Finally, more and more, Neuman is encountering growers who are interested in simply reducing their use of chemical pesticides. He knows it is becoming a meaningful impact, because farmers have asked the company to put together a report for their own marketing and regulatory agencies.

“We’ve had growers ask us to put together a case study for how much including a beneficial can reduce chemical usage,” he says. “Growers are interested in proving the reduced usage of chemicals, and we are too”