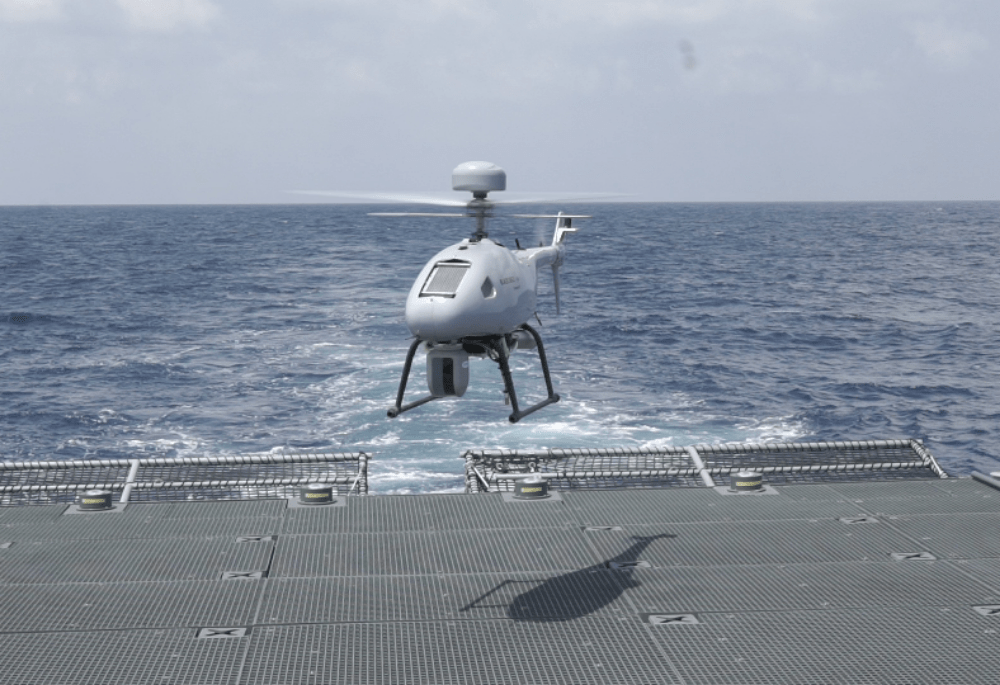 Steadicopter, a manufacturer of Rotary Unmanned Aerial Systems (RUAS), will present its next generation Black Eagle 50 advanced lightweight unmanned robotic helicopter at DSEI. New capabilities include an inertial navigation system with no dependence on GPS, as well as support for naval missions.

Steadicopter’s Black Eagle 50 unmanned helicopter has been upgraded with several additional new features and is tailored for naval missions with its robust mechanical and electronic capabilities that support flight in maritime environmental conditions. The company also recently signed a cooperative agreement with Israel Shipyards for the marketing of the Black Eagle as part of the defense, intelligence and surveillance systems installed on its OPV Family.

The Black Eagle 50 features a special inertial navigation system capability, based on input from the system’s inertial and other sensors. Through a unique and smart navigation algorithm, this input enables the continuation of the flight and the mission, without relying on GPS. This allows the Black Eagle 50 a significant advantage in GPS-denied areas.

According to Noam Lidor, Sales & Marketing Director at Steadicopter,

“In recent months, we have invested considerable resources in improving and equipping our unmanned helicopter in order to adapt it to a wide range of missions both on land and at sea. We have also developed cooperation with a number of Israeli companies ‒ each a leader in its field ‒ so that we can equip our helicopter with the highest quality and most advanced payloads.”

The Black Eagle 50 is a VTOL (Vertical Take-Off and Landing) robotic observation system. It is an ideal solution for tactical maritime and land Intelligence, Surveillance, Target Acquisition and Reconnaissance (ISTAR) missions.

A data link connects the aircraft with the ground controller, enabling the transmission of live video and data between the two. The system has a steady hovering endurance of up to 3 hours and flight endurance of up to 4 hours. At only 27kg, the Black Eagle 50 is extremely lightweight and compact, with a maximum take-off weight of 35Kg, and payload capacity of 5Kg. It has a communication range of up to 150km, depending on the client’s requirements, and a service ceiling of up to 10,000ft. Its total length is just 2540mm, while its maximum air speed is 70 knots (126Km/h) with a cruising speed of 45 knots (81 Km/h).