Here’s a portion of the chapter “How to Catch a Drone”, from the book ‘How To: Absurd Scientific Advice for Common Real-World Problems’  by Randall Munroe, in which Serena Williams helped test whether tennis serves could be an effective countermeasure against flying robots … by taking a drone out onto a court and hitting tennis balls at it until it crashed.

A wedding-photography drone is buzzing around above you. You don’t know what it’s doing there and you want it to stop. 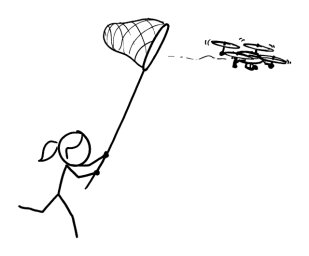 Let’s suppose you have a garage full of sports equipment— baseballs, tennis rackets, lawn darts, you name it. Which sport’s projectiles would work best for hitting a drone? And who would make the best anti-drone guard? A baseball pitcher? A basketball player? A tennis player? A golfer? Someone else? 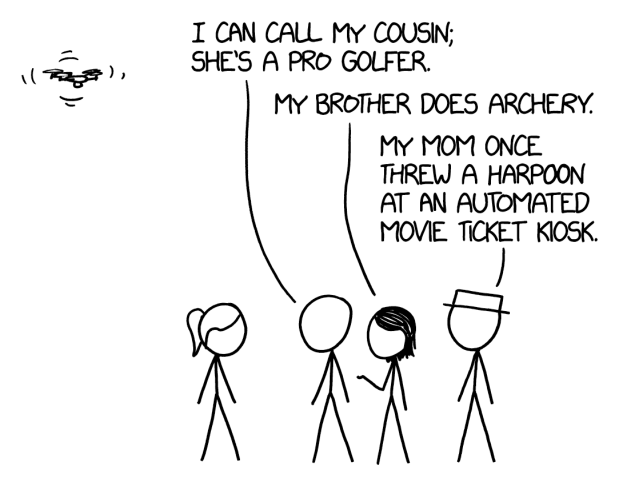 There are a few factors to consider — accuracy, weight, range, and projectile size. 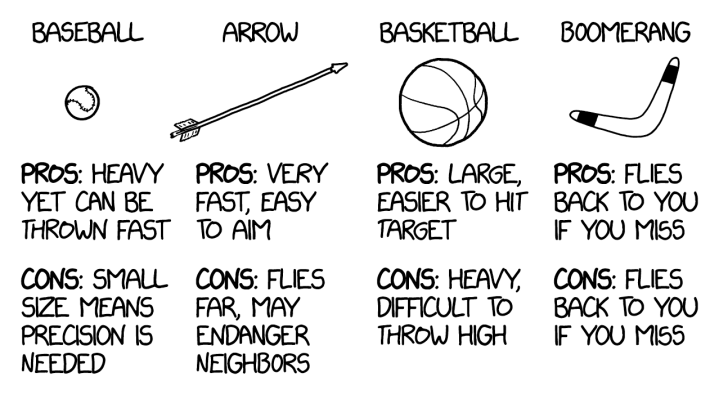 One sport I couldn’t find good data on was tennis. I found some studies of tennis pro accuracy, but they involved hitting targets marked on the court, rather than in the air.

So I reached out to Serena Williams.

To my pleasant surprise, she was happy to help out. Her husband, Alexis, offered a sacrificial drone, a DJI Mavic Pro 2 with a broken camera. They headed out to her practice court to see how effective the world’s best tennis player would be at fending off a robot invasion.

The few studies I could find suggested tennis players would score relatively low com- pared to athletes who threw projectiles— more like kickers than pitchers. My tentative guess was that a champion player would have an accuracy ratio around 50 when serving, and take 5–7 tries to hit a drone from 40 feet. (Would a tennis ball even knock down a drone? Maybe it would just ricochet off and cause the drone to wobble! I had so many questions.) 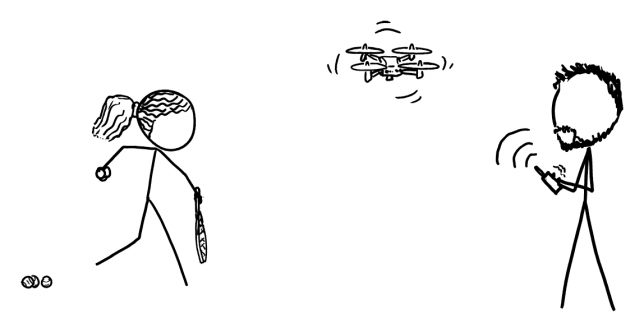 Alexis flew the drone over the net and hovered there, while Serena served from the baseline.

Her first serve went low. The second zipped past the drone to one side.

The third serve scored a direct hit on one of the propellers. The drone spun, momentarily seemed like it might stay in the air, then flipped over and smashed into the court. Serena started laughing as Alexis walked over to investigate the crash site, where the drone lay on the court near several propeller fragments. 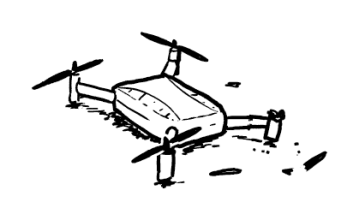 I had expected a tennis pro would be able to hit the drone in five to seven tries; she got it in three. 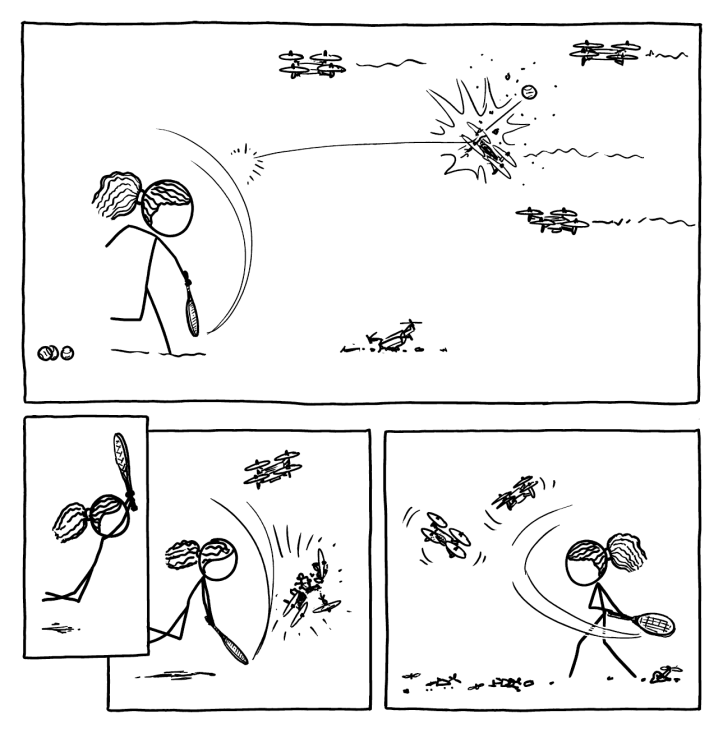 For more on anti-drone strategies, sports projectile accuracy, a discussion with a robot ethicist about whether hitting a drone with a tennis ball is wrong, and many other topics, check out How To: Absurd Scientific Advice for Common Real-World Problems, available September 3rd