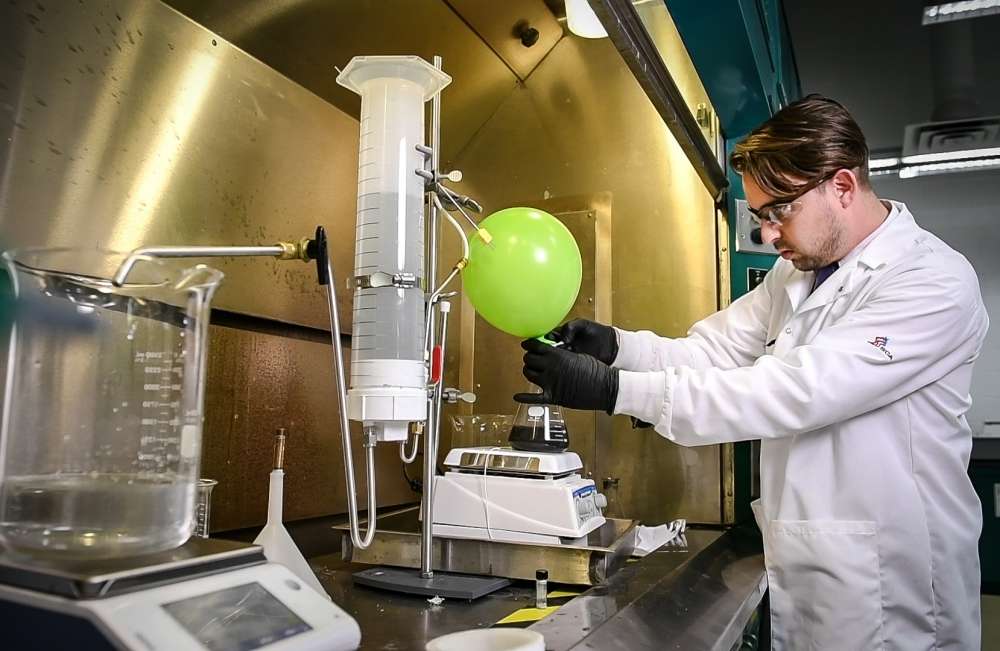 US Army scientists and engineers recently made a groundbreaking discovery — an aluminum nanomaterial of their design produces high amounts of energy when it comes in contact with water, or with any liquid containing water.

During routine materials experimentation at the U.S. Army Research Laboratory, a team of researchers observed a bubbling reaction when adding water to a nano-galvanic aluminum-based powder.

“We all as a team were very excited and ecstatic that something good had happened,” said Dr. Anit Giri, a physicist with the lab’s Weapons and Materials Research Directorate.

The team further investigated and found that water — two molecules of hydrogen and one of oxygen — splits apart when coming into contact with their unique aluminum nanomaterial.

The reaction surprised the researchers, but they soon considered its potential implications for future power and energy applications.

“The hydrogen that is given off can be used as a fuel in a fuel cell,” said Scott Grendahl, a materials engineer and team leader. “What we discovered is a mechanism for a rapid and spontaneous hydrolysis of water.” 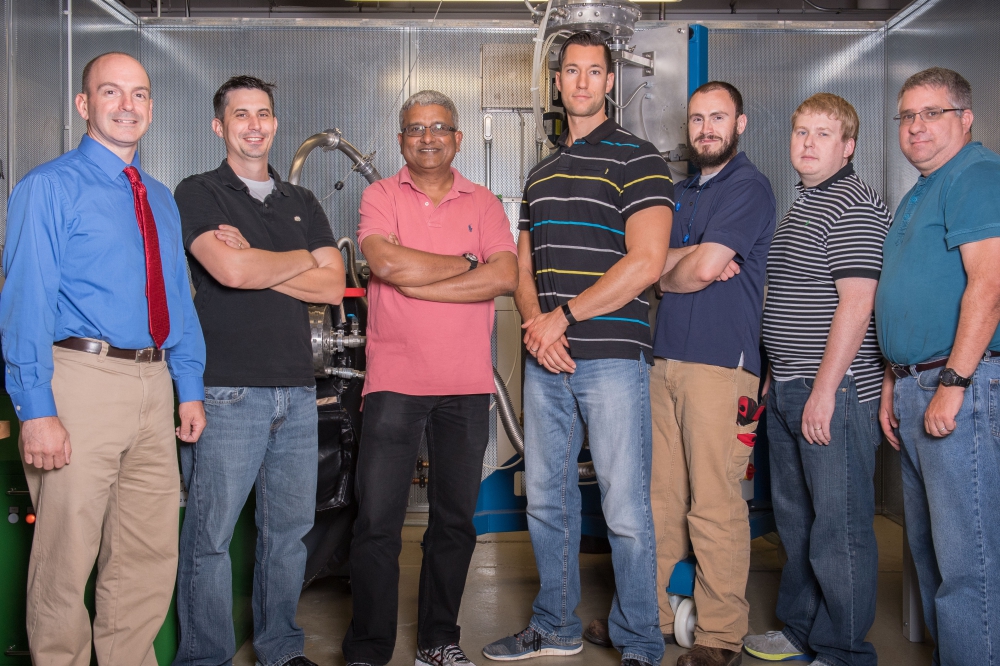 Scientists have known for a long time that hydrogen can be produced by adding a catalyst (a substance that increases a chemical reaction rate) to aluminum. But these methods take time, elevated temperature, added electricity, and/or toxic chemicals such as sodium hydroxide, potassium hydroxide or acid.

“In our case, it does not need a catalyst,” Giri said. “Also, it is very fast. For example, we have calculated that one kilogram of aluminum powder can produce 220 kilowatts of energy in just three minutes.”

That metric doubles if you consider the amount of heat energy produced by the exothermic reaction, he said.

“That’s a lot of power to run any electrical equipment,” Giri said. “These rates are the fastest known without using catalysts such as an acid, base or elevated temperatures.” 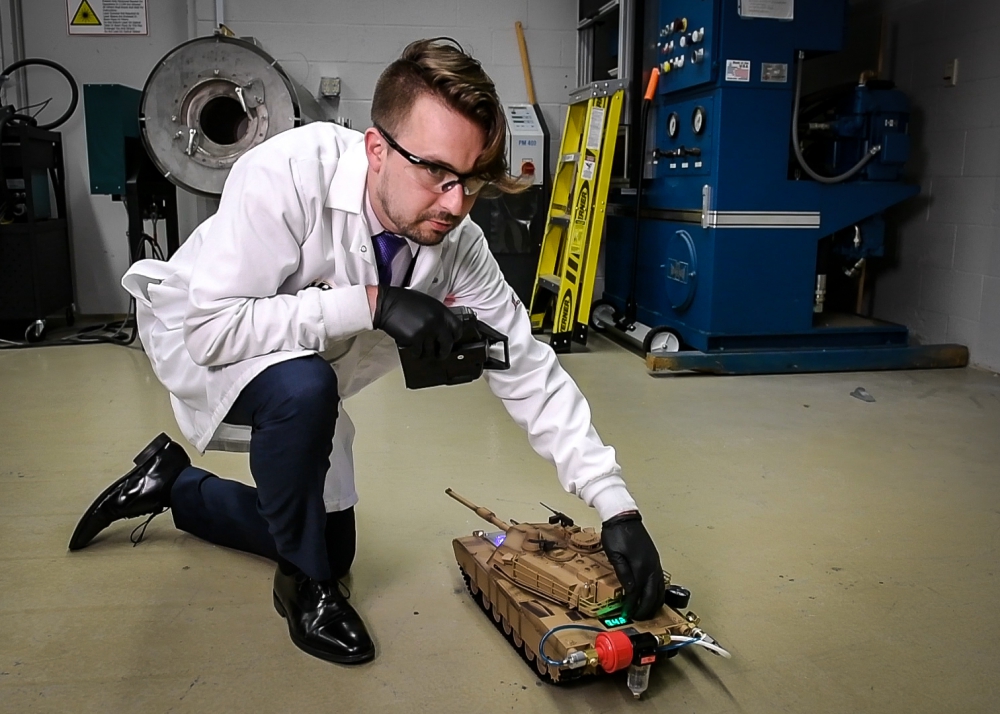 The team demonstrated with small radio-controlled tank powered by the powder and water reaction. Moments after mixing the powder with a small amount of water, a bubbling reaction produced a great deal of hydrogen, which was then used to power the model around the laboratory.

“We just take our material, put it in the water and the water splits down into hydrogen and oxygen,” Grendahl said.

Grendahl said the discovery is dramatic in terms of its future potential.

“There are other researchers who have been searching their whole lives and their optimized product takes many hours to achieve, say 50 percent efficiency,” Grendahl said. “Ours does it to nearly 100 percent efficiency in less than three minutes.”

Additionally, since the nanomaterial powder has the potential to be 3-D printed, researchers envision future air and ground robots that can feed off of their very structures and self-destruct after mission completion.

Researchers said one possible application of the discovery that may help future Soldiers is the potential to recharge mobile devices for recon teams.

“These teams are out for a short number of days, three to five days, and a lot of that depends not only on their food supplies, but on how long their supplies last in terms of their equipment and right now that stems from lithium batteries,” Grendahl said. “If we can recharge those batteries, they can stay out longer.”

Giri said the work at the Army Research Laboratory is all about giving Soldiers the advantage.

“We work here to help our Soldiers,” Giri said. “That is our sole aim. This material we have developed will do so.”

The next steps are to document the discovery with scholarly papers and intellectual property protections, some of which are ongoing, and to coordinate further applications with scientists and engineers across the laboratory.

“We all feel pretty good that this can contribute to a new kind of research to generate power at ease and at will,” Giri said. “I come to work every day excited and enthusiastic.”