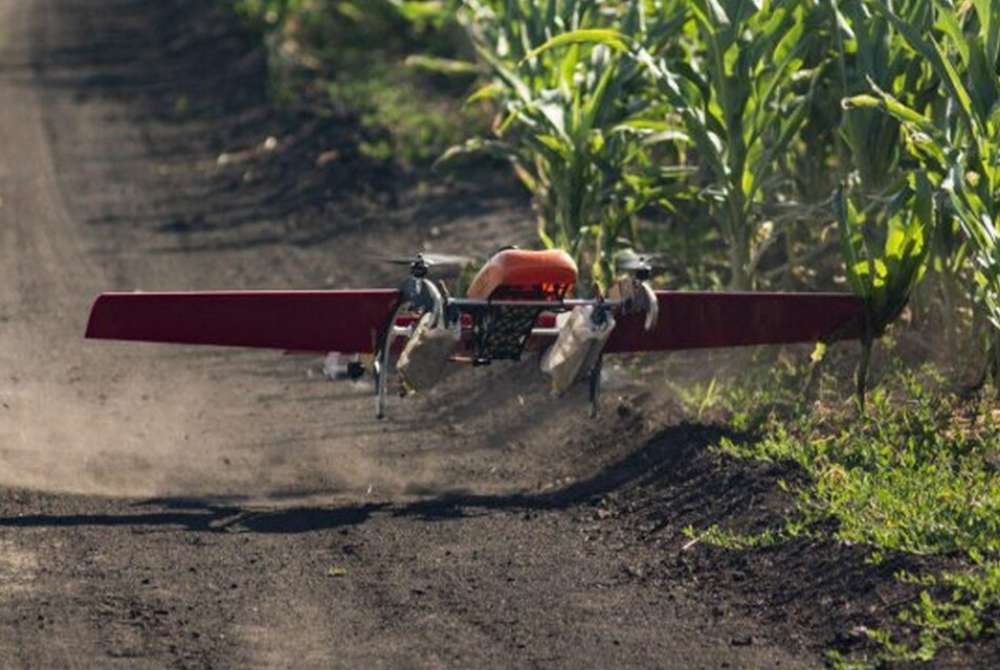 The new “Fixar” drone, set to be presented at Russia’s MAKS-2019 airshow in late August, is a hybrid of sorts, a quadcopter with fixed wings. With limited moving parts and a flexible design, it’s the kind of dual-use technology worth watching and, perhaps, even imitating.

“Many companies and UAV manufacturers will present their aircraft, concepts and models” at the MAKS-2019 airshow, said Samuel Bendett, an adviser at the Center for Naval Analyses. “This Fixar UAV is a ‘self-initiated’ project by the manufacturer, with the hope of getting attention from potential civilian and military customers at the air show.”

Unlike the more eponymous tilt-rotor craft, which switch distinctly from rotor-powered takeoff and landing to propeller-driven level flight, the Fixar instead has its four rotors in a permanently fixed position. The engines remain in position while the whole frame of the aircraft can lean backwards for more traditional vertical flights or stay level to operate as a fixed-wing machine.

While the Fixar’s marketing photos show it working in fields of crops, manufacturer IKS also bills it as designed specifically to operate in windy conditions and in mountains, suggesting that the whole machine might have a role in ISR and cargo transport.

“What caught my attention in particular was that the drone can operate in ‘mountainous conditions’ due to its unique design,” said Bendett. “In fact, Russian military has been practicing the operation of different UAVs at high altitudes and in high wind — so this Fixar UAV can prove useful right away.”

Like all dual-use platforms, a drone is only as useful as the payloads put on it. Cameras and supply storage are likely options, though nothing yet suggests any new demand on the airframe. An ability to fly fast and from small patches of land without a runway is valuable, but it needs to have a certain range and speed to be a better choice than the baseline low cost and simplicity of civilian quadcopters. A large internal security market might support that and could easily lead to the Fixar in police roles, as well.

“At present, there is no UAV in the Russian military that has characteristics similar to the Fixar, but given a steady rate of UAS acquisition by the MOD — at 300 UAVs per year for the next several years — it’s safe to assume that the Russian military is looking to diversify its UAV fleet beyond the workhorses like Eleton or Orlan,” said Bendett.