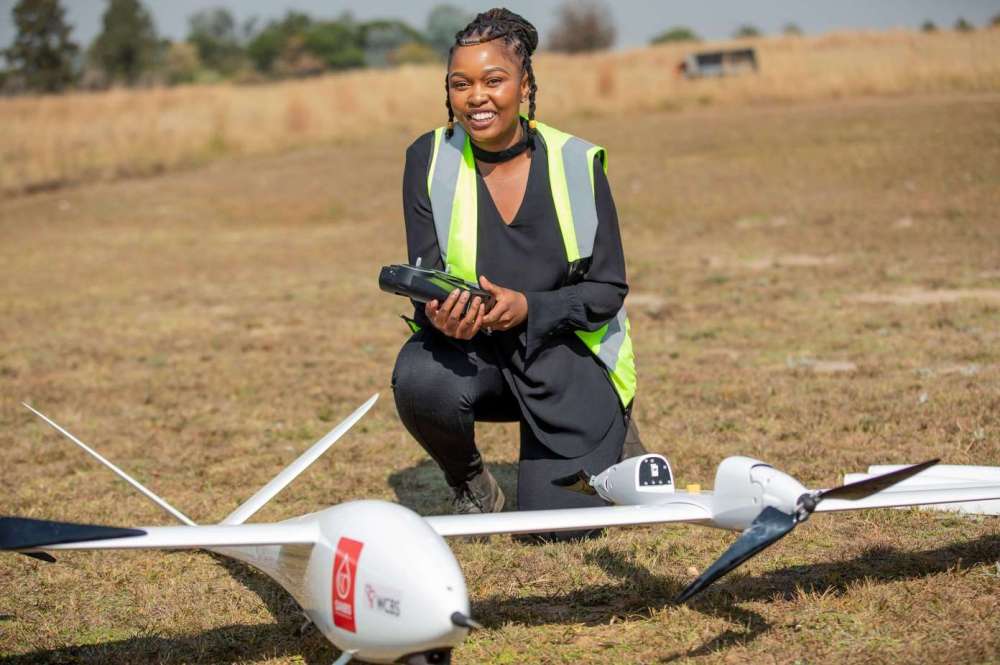 Lebohang Lebogo is a medical technician with the South African National Blood Service (SANBS), whose sights are firmly set on reaching for the stars. Lebogo, 29, is one of South Africa’s first generation of drone pilots, whose mission is to save lives delivering bloods to far-flung places where conventional transport is often a challenge, particularly when it comes to emergency.
At the South African National Blood Service conference in Sun City last week she said she was “super excited” to be part of a visionary future in which distance-related medicine is becoming centre stage.

“People are scared that technology and Fourth Industrial Revolution is overtaking the job market. I say embrace the new technologies, learn new skills and become part of the future.”

It’s a message that she has certainly taken to heart, creating what she calls a “planned career path” that has a strong humanitarian element.
Turning the clock back to the day when she decided that flying was her life, Lebogo believes her mother’s support and influence have been the key to unlocking her dreams.

“We lived in a the Kagiso township near Mogale City. It was quite a troubled place so often as a small child I used to look up at the sky and think what a beautiful quiet place it was. I used to love watching the silver wings of aircraft flying overhead, so graceful like large birds. One day I said to my mother I want to be up there too flying in the clouds. She didn’t laugh. She said she would help me get there. After that I didn’t worry about dolls or clothes, flying and learning about aeroplanes was all that I was interested in.”

Fortunately for the young flying enthusiast, things fell into place at the right time. Her mother was working at the SANBS headquarters in Johannesburg at the time she was leaving school and managed to obtain a training internship for her daughter to become a medical technician, working with blood products, learning the ins and outs of selecting and cross matching bloods for specific patients.

“I couldn’t have chosen a better career. For me knowing that what I was doing was helping to save lives was amazing. Sometimes I would hear about the mums who had been saved during a difficult childbirth and who needed blood, or accident victims who would have died without bloods being rushed to them.”

While her training took up most of her time, her dreams of learning to fly were still very much alive.

“Any spare money was spent on flying lessons. Most weekends I spent training in a Cessna 172. I remember the first time I flew and watched the tiny villages and big cities under me, it was like magic. I will never forget it.”

With 32 flying hours under her belt and while setting her sights on going solo within the next year, another opportunity came her way that was not to be missed.

“To be honest when I was asked if I would like to learn how to operate a drone I had never heard of one and hadn’t a clue how they worked or what they were supposed to do, but if it meant learning some sort of flying technique then I was all for it.”

She says the day she was introduced to the TRON – an unmanned aviation vehicle (UAV) capable of carrying small loads of cargo across great distances – was an experience of a lifetime.

“And I had been chosen to be part of the team piloting it – wow!” 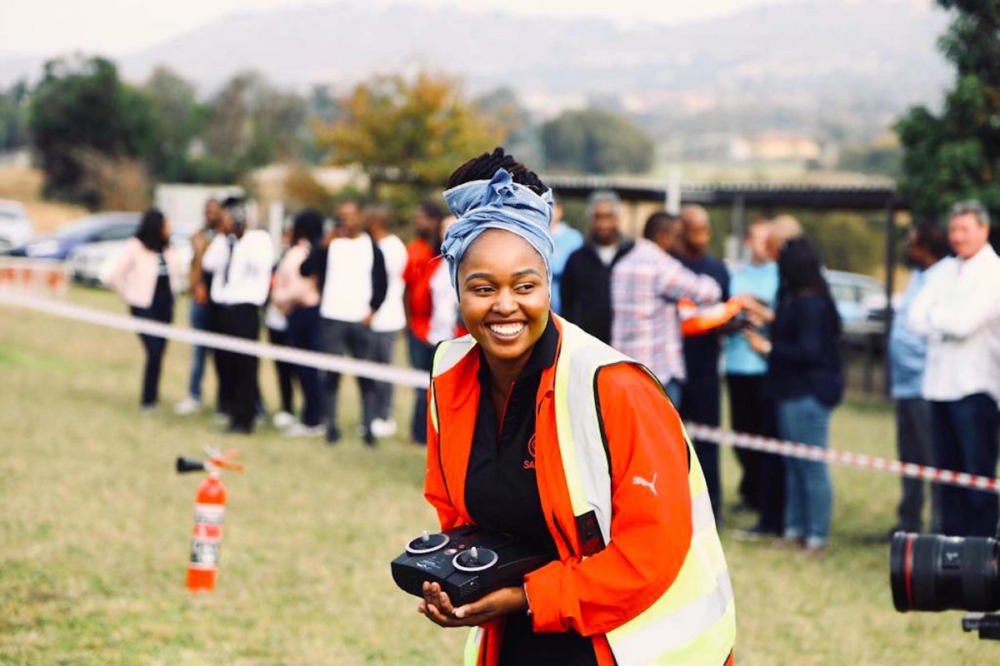 For SANBS the introduction of a drone blood delivery and collection arm has been a journey into a brave new world, one where artificial intelligence and groundbreaking new technologies are geared to change medicine as we know it.
Amit Singh director of the new drone project gives us an insight into the need for such a mission and the development so far.

“Delivering medical supplies has always been a struggle, especially when it comes to rural areas,” he explains. “With long distances, poor road conditions, and slow land vehicles it can be difficult for supplies to arrive on time. When it comes to healthcare, time is always a factor. A timely delivered vaccine can save lives during outbreaks. On the other hand, late blood transfusions can end with the patient dying while waiting for supplies to arrive. That’s why a drone was an ideal solution.”

For Lebogo, the next few weeks will be devoted to getting her head around the complexities of packaging and storing the different bloods she cross matches and processes, steering and guiding the drone to and from the pick up points keeping within the aviation boundaries.

“With my background in flying I have had to study the Civil Aviation Authority rules and regulations. They are no different from a drone. We don’t have approval yet to operate a drone service, but at least we will be ready to go once the right certification is in place. That will be an historic day for all of us.”

The first step towards that outcome will be to conduct a number of non-delivery practice flights between two of SANBS sites Kopanong Blood Bank and Sebogeng Hospital in Gauteng as part of the proof of concept required by aviation law.

“Once the authorities are happy with the logistics, we are hoping that we can go to the next level,” says Singh.

Meanwhile Lebogo will keep her focus on getting her private pilot’s and later her commercial license.

“It all depends on funding, but flying is all I want to do, whether it’s a drone or the real thing. My dream is to fly a plane to Bali. It looks so beautiful.”

FACTS ABOUT THE TRON
The UAV is managed and designed by a German Based company named Quantum Systems. It can be piloted manually or autonomously.
It can take off vertically like a helicopter, fly as a fixed wing, and land like a helicopter. It is capable of flying a distance in excess of 100 km carry a payload of two kilograms equivalent to carrying four units of blood. It weighs 13.5kgs, with a wingspan of 3.5m.
The TRON drone is built for fast transport. Its design is similar to a dart – with a wider front and slim back to maximize its speed against the wind. It has an operational range of over 100 kilometers and capable of speeds up to 100 kmph. What is unique, is the fact that TRON can do two-way logistics.
It is designed to carry blood packs, or at least blood samples to and from hospitals in South Africa. With blood as its main demographic, it is important to have a storage device capable of maintaining temperature. A sudden shift in temperature can easily spoil medical supplies, blood included. The supplies also require a durable and stable container that can withstand shaking during flight.
Source: IOL