Teams of small autonomous quadcopters, in coordination with groups of small wheeled ground vehicles, swarmed building in a tactics test at Fort Benning, Georgia in June.

The unmanned air vehicles (UAV) identified locations of interest and then created a perimeter around a focal point, says the Pentagon’s Defense Advanced Research Projects Agency (DARPA) on 7 August. The drones moved similar to the way a firefighting crew establishes a boundary around a burning building, the agency says.

DARPA believes UAVs and unmanned ground vehicles could give critical insights to small ground military units during urban warfare. In cities, tall buildings, tight spaces, and limited line-of-sight make it difficult for soldiers to communicate and manoeuvre. With more than half of the world’s population living in cities today – a portion that is projected by the United Nations to rise to two-thirds by 2050 – the US military is preparing for potential battles in metropolitan areas. 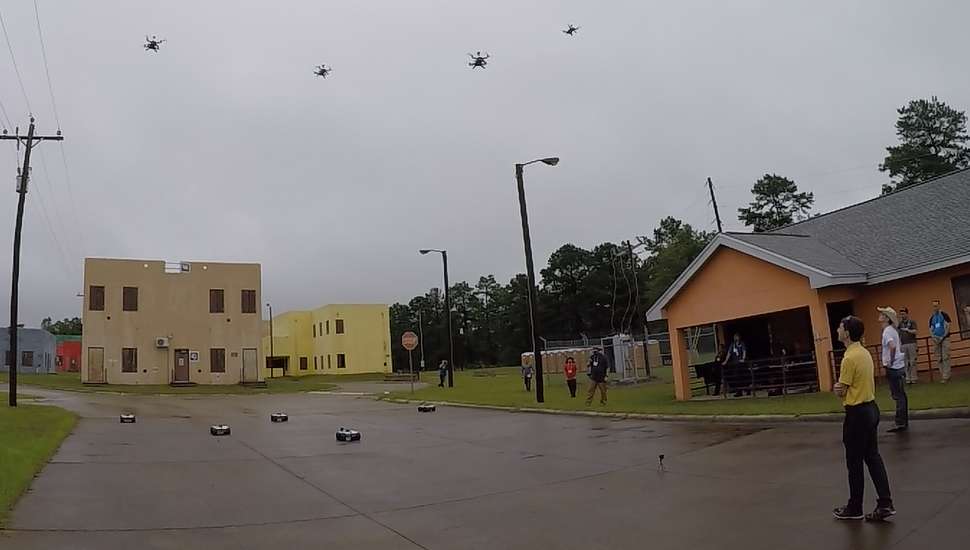 For the recent experiment, teams undertook tasks including locating and isolating a mock city hall building, locating and securing an objective inside, and then securing the building. Those tasks had to be completed while maintaining situational awareness of the surrounding area. Test runs lasted up to 30min.

The results of the experiments were not disclosed by DARPA.

The field experiment was the second of six scheduled tests, which are planned to take place every six months.