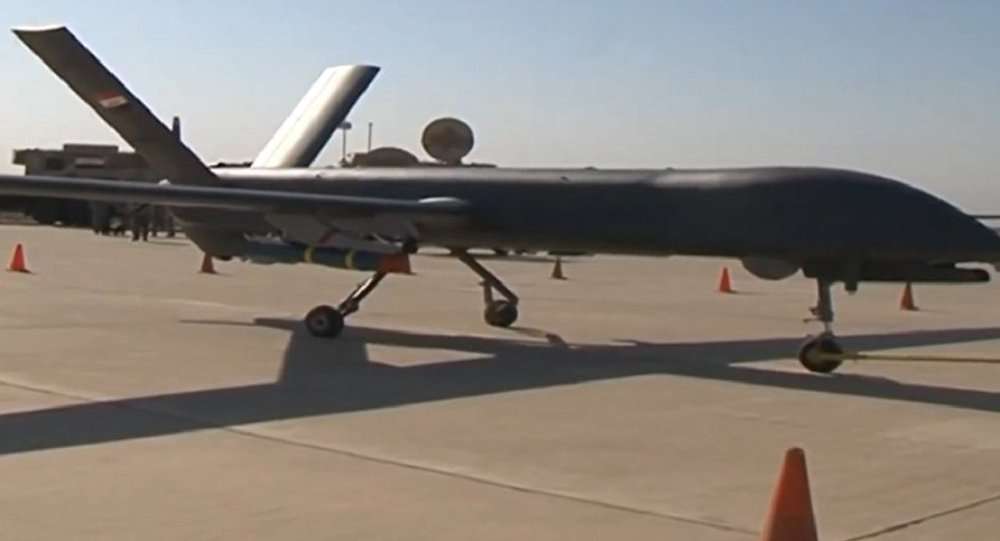 The report cited CJTF-OIR as saying that Iraq had acquired more than 10 CH-4s, but only one was fully mission capable because of maintenance problems.

The Iraqi Ministry of Defence unveiled armed CH-4B variants in October 2015 but did not state how many it had acquired. Jordan also acquired CH-4s but put them up for sale earlier this year for unspecified reasons.

The CH-4 is not the only problematic UAV type in Iraq’s inventory. The inspector general report cited CJTF-OIR as saying the fleet of more than 10 US-made Insitu ScanEagle UAVs flew only two sorties between 1 March and 30 June because of a “combination of Iraqi training in the United States, a lapse in maintenance contracts, and problems with signal interference”.

Photo: Released by the Iraqi Ministry of Defence on 10 October 2015 of one of the Iraqi Army’s CH-4 UAVs armed with what appear to be an AR-1 laser-guided missile and FT-9 guided bomb. (Iraqi MoD)