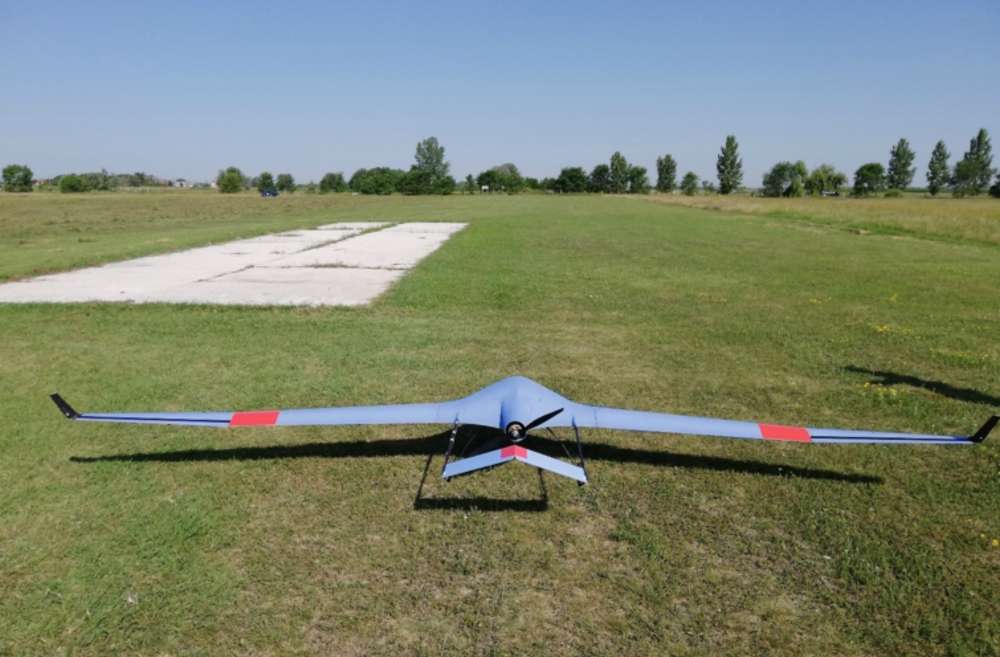 A family of UAVs for military and civilian use has been developed by the Hungarian startup company Ku-Me Invest Kft. The basic blended-wing design of the fuselage is the same for all sizes of UAV, which range in wingspan from two to seven meters.

A prototype, the four-meter MP-H with a 7- to 10-kilogram payload, has conducted flights, and a seven-meter-span prototype will soon take to the skies, head and owner of the company Attila Mészáros told AIN.

The aircraft has been designed to meet European Union standards, and both the Hungarian Armed Forces and the army of a neighboring country have indicated interest in testing the aircraft. The designer-manufacturer (Ku-Me Invest) developed the UAV with internal funding. According to Mészáros, production of the aircraft starts within six months after concluding a purchase agreement with a customer. The company has a 500-square-meter (5,400-square-foot) assembly building capable of manufacturing 200 aircraft annually.

The four-meter-wingspan UAV is capable of carrying a package of sensors. Two-way radio and autopilot system is a standard feature. Landing speed corresponds to that of a glider, with a stall speed of 55 km/h (approximately 30 knots). The MP-H has a speed range of 55-120 km/h, 30-65 knots, and could easily be rebuilt into a VTOL platform by mounting four small electric-powered rotors on the wings. The basic version is capable of transmitting real-time video-pictures over a distance of 10 km (6.2 miles). A special feature is the variable wing surface. Small electric motors in the wings extend and retract additional wing surface to reduce speed over an object deemed important to observe, decreasing airspeed and increasing loitering time.

The UAVs in the family are made of carbon fiber-reinforced composite materials and offer a payload capability between two and 50 kg. The smaller vehicles have electric motors, but the seven-meter craft has a piston engine, or even a small jet engine. The UAV is capable of flying at a speed of over 400 km/h (over 215 knots), and loitering time is between two and eight hours.

The Hungarian-made drone has a good price-to-performance ratio for surveillance and reconnaissance missions, and the larger drone can carry a pair of air-to-ground missiles, with an armed version in the pipeline, said Meszaros.

Some electric-driven members of the MP-H family are produced with a reduced signature, providing a low visual and noise footprint. The Border Guard could use the smaller drones to conduct day and night observation of the southern border area in Hungary to detect illegal border crossings.

Civilian applications include agriculture, forestry, and the monitoring and tracking of wild animals with GPS or VHF collars. Interest has also been shown by the Hungarian National Ambulance Service to air-drop defibrillators to an emergency scene.