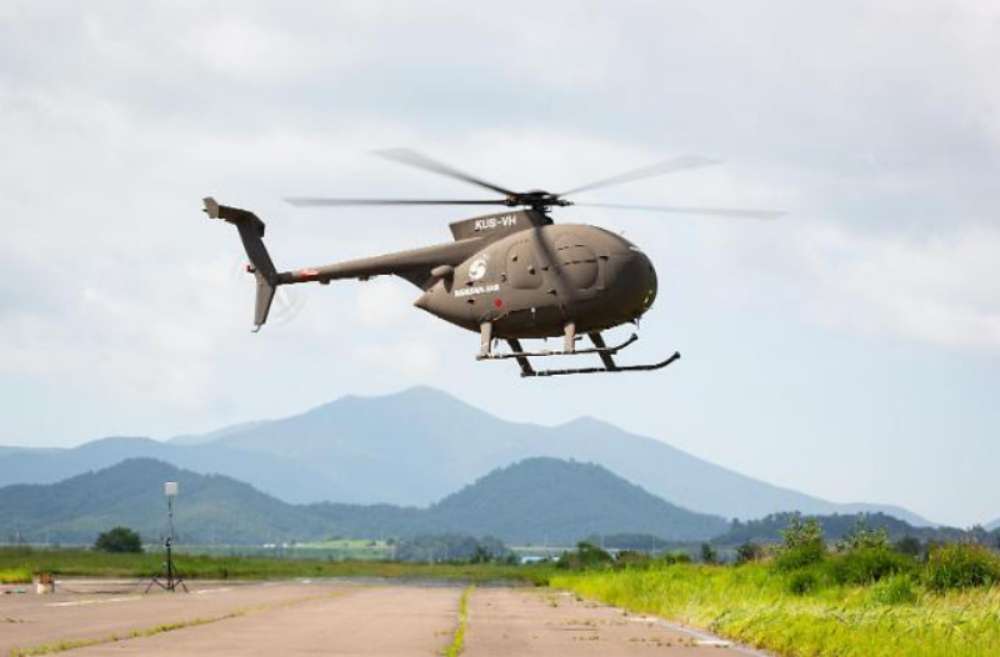 An unmanned helicopter unveiled by Korean Air has made its first test flight as part of efforts to develop a fully unmanned platform that could be used for high-risk civilian and military missions. Korean Air said the Korean Air Unmanned System – Vertical Helicopter (KUS-VH) performed its maiden flight for about 30 minutes on July 30 at a research center run by the Korea Aerospace Research Institute in the southern coastal town of Goheung.

Korean Air plans to meet customer requirements by the end of 2021 for civilian and military use at home. Korean Air also targets overseas markets.

“We expect unmanned aerial vehicles such as UH-1H and UH-60, as well as fixed-wing fighter jets such as F-5, to be possible in the future,” said Kang Jong-koo, who heads Korean Air’s aviation technology research institute. “We will do our best to develop unmanned helicopters that can make inroads into overseas markets as well as in South Korea, reflecting the needs of users,” he said.

Korean Air’s announcement on Thursday received little public attention, but it underscores efforts to acquire unmanned aerial vehicle (UAV) technologies. With help from its American partner, Boeing, Korean Air has been in the development of the KUS-VH unmanned helicopter since 2014, based on MD 500 light-attack and observation helicopters.

While flying in place 10 meters from the ground, the unmanned helicopter demonstrated its performance and safety, the company said. Ground tests were conducted to check the performance of an unmanned system, including remote start-ups, along with safety tests to ensure the operational safety of its flight control system.

The unmanned helicopter capable of flying for six hours has a payload of 440 kilograms (273 miles), Korean Air said, adding it was installed with advanced systems such as flight control computers, a tactical-class integrated navigation system, a propulsion controller and an electric-mechanical rotor actuator.

Korean Air said the unmanned helicopter can be used in high-risk areas and replace retired military helicopters with minimum cost. Many MD 500 helicopters license-built by Korean Air are still in service.

In 1985, North Korea managed to circumvent US export-control barriers to purchase 87 civilian-type MD 500s from a West German export firm. They have been modified to serve as light attack helicopters. South Korea is developing home-made light attack helicopters based on H-155, a twin-engine helicopter created by European aircraft maker Airbus, to replace an aging fleet of MD500s.