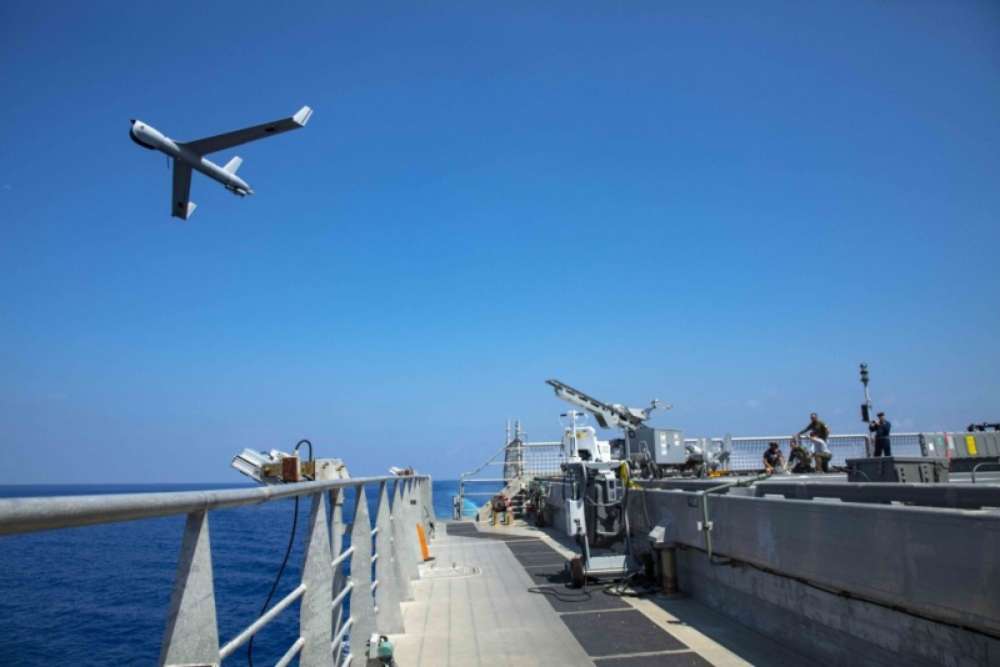 The US Navy has carried out a series of fleet experiments with multiple unmanned aerial and undersea systems aboard the expeditionary fast transport (EFT) vessel, USNS Spearhead (T-EPF 1). Testing was conducted in the Atlantic Ocean off the coast of Key West, Florida, and included the V-BAT vertical take-off and landing (VTOL) unmanned aerial vehicle (UAV), Scan Eagle UAV, and Knifefish unmanned underwater vehicle (UUV).

US Naval Forces Southern Command/US 4th Fleet science advisor Dr Christopher Heagney said: “The purpose for these underway [periods] is to get new capabilities that are under development by warfare centres, programme offices, original equipment manufacturers, and academia out in the fleet environment so we can do at-sea testing.

“You’d be surprised how difficult things are when they’re in a maritime environment as opposed to testing on land. That’s why it’s so important for us to be out here.”

The testing assessed the ability of Knifefish UUV to support mine countermeasures missions (MCM) from an EPF as a vessel of opportunity (VOO).

Another experiment involved operating the V-BAT and Scan Eagle to provide improved detection and monitoring in support of counter-narcotics missions.

Stressing the importance of such experiments, Heagney said: “In order for the fleet to focus on innovation as a priority, we have to be able to take time to experiment at sea.

“Having a US Navy ship take a week out of operations to test new capabilities makes the final product of our experiments much better and more efficient.”

Built by Martin UAV, V-BAT is a long-endurance drone designed for shipboard and confined area operation.

The UAV can be launched and recovered in a 20ft x 20ft clearing and has an endurance of more than eight hours, with a payload of over 8lb.

Knifefish is designed for deployment off a littoral combat ship (LCS). The UUV has the ability to detect, classify, and identify both buried mines and mines in high clutter environments.