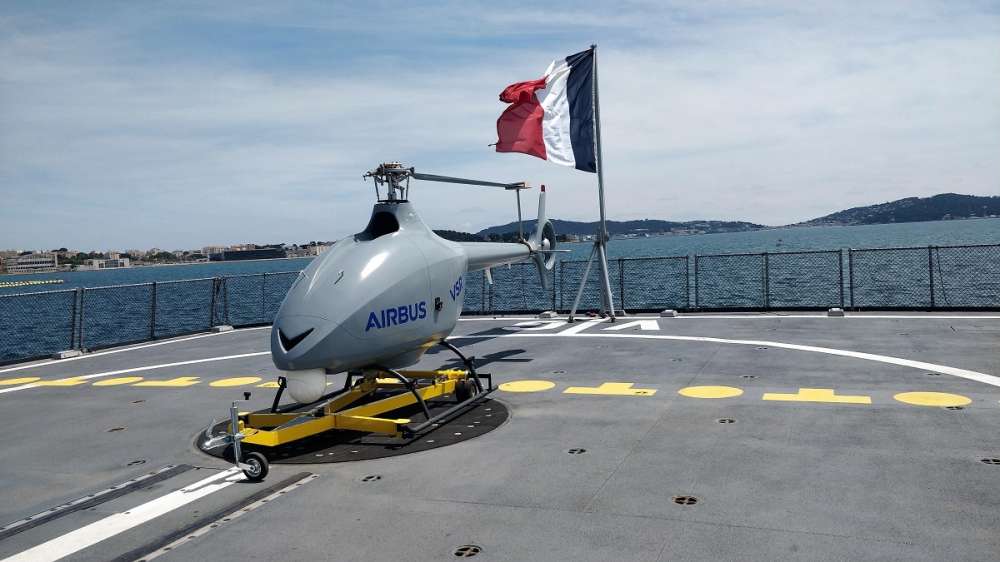 There will be 1,200 drones in the French Navy in 2030, Marine Nationale’s Chief-of-Staff admiral Christophe Prazuck recently declared to the Commission of National Defence and Armed Forces of the French Assemblée Nationale.

“I have fifty unmanned systems today, none of which are yet operational. They are all being experimented, many of them in the FORFUSCO maritime force (ed. note: consisting in the naval infantry and commandos marine naval special forces) “, said Prazuck.

For him, the objective is now to multiply this figure by 25 during the next decade. Which means around 1200 drones: 900 unmanned aerial vehicles (UAV) to equip boats, ashore bases and semaphores (ed. note: land-based signalling and monitoring station), about fifty unmanned surface vehicles (USV) for surveillance and 200 unmanned underwater vehicles (UUV) and underwater gliders for mine warfare and environmental monitoring.

My goal, you know it, is to have one drone per boat in 2030 – small drone, small boat; big drone, big boat.Admiral Christophe Prazuck , Chief of Staff of the French Navy

The French Navy needs will cover the entire spectrum of unmanned systems, from mini UAVs to “Medium Altitude and Long Endurance [MALE] UAVs that can fly several hours, to supplement our patrol and maritime surveillance aircraft, as well as our helicopters “, added Prazuck. But UAVs will also operate from smaller ships, such as patrol vessels in order to multiply by six to ten the area typically covered by the French Navy ships.

Then the question is: who will provide a thousand of brand-new unmanned systems ? In France and Europe, Prazuck pledges. « Will we need to purchase drones from the United-States ? I do not think so, » he said. The French and European defense markets are likely to meet the French Navy needs both for small or large (MALE) drones. 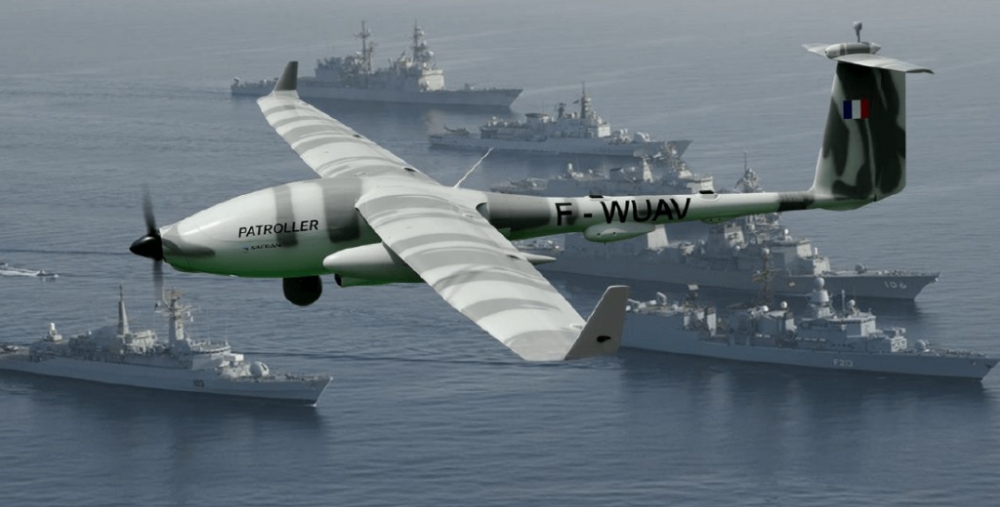 It has to be noted however, that until recently, the French Navy was reportedly looking at General Atomics’ SeaGuardian MALE UAV. According to our colleague at MARS ATTAQUE, the French Navy mentioned the Sea Guardian (naval version of the MQ-9 Reaper) by General Atomics as a possible interim solution for a MALE requirement, during a symposium in mid-march. Naval News understands that other systems such as the Portuguese Tekever AR5 and the French Patroller by Safran were also being considered. The SeaGuardian however was presented as “very high-end spectrum with its capabilities”, but with its almost 6 million flying hours is “more than interesting” in terms of maturity.

Among others solutions being developed in France, Naval Group and Airbus are currently working on the VSR700 VTOL UAV (top picture). « The goal would be that it could automatically land and take-off, fly for ten hours at 100 Nm and carry 100 kilos of payload, i.e. radar and optronics, » explained Prazuck.

But the future French fleet of drones will also swim. Hundreds of them will be deployed in what is known as the SLAMF system (système de lutte anti-mines marines futur), developed under the French-British MMCM program.

“Procuring an autonomous mine warfare capability is an absolute necessity”, declared Prazuck. “This program is a true conceptual evolution: In the past, the boat which crossed a field of mines, if it did not explode, was in charge to detect them; from now on, the idea is to send autonomous drones into the mined area to detect the mines and then destroy them”, he reminded.