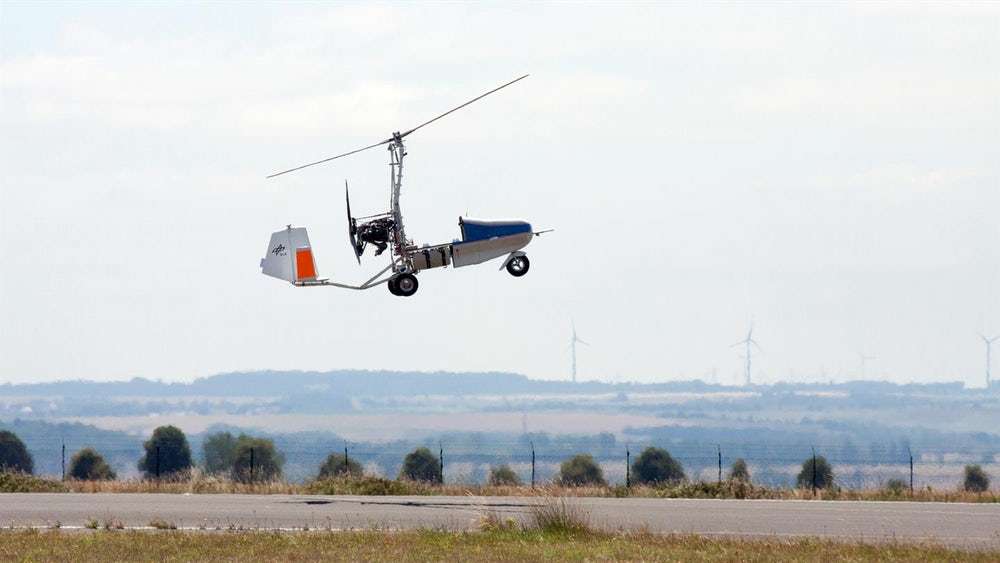 The German Aerospace Center (DLR) is developing a new type of gyrocopter that gets rid of the pilot to provide more cargo space. The focus of the Automated Low Altitude Air Delivery (ALAADy) system, the ALAADy Demonstrator unmanned gyrocopter is designed to autonomously deliver heavier cargoes at low altitudes.

With the explosion of online commerce, the problem of transporting goods from warehouse to consumer becomes increasingly difficult. As part of the effort to overcome this bottleneck, many companies and government agencies have shown increasing interest in various Unmanned Aerial Systems (UAVs) that can operate in urban or difficult-to-access areas.

So far, there’s been considerable success, but there is still something of a gap because some cargo is too large for small quadcopters and the like, and too small to justify larger conventional aircraft. It’s into this niche that the ALAADy Demonstrator is intended to fit. 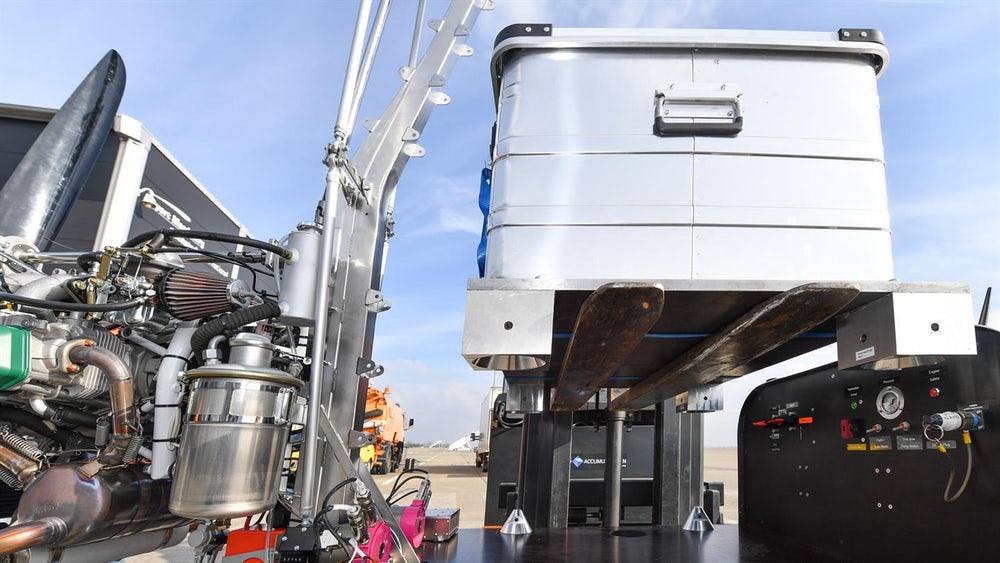 A gyrocopter or autogyro is an odd machine that was once considered the symbol of aeronautical progress, but is now largely remembered for fictional secret agent James Bond using one to combat a squadron of Spectre helicopters in the 1967 spy thriller You Only Live Twice.

Though it looks like a helicopter, a gyrocopter isn’t capable of vertical flight except in very high wind conditions. The top rotors aren’t usually connected to the engine and spin freely in flight. As they do so, they provide lift. Meanwhile, forward propulsion is supplied by a second horizontal propeller.

The advantages of the gyrocopter as an autonomous delivery craft are that it is relatively simple from a mechanical point of view, as well as small, versatile, and cheap to operate. With its short takeoff and landing ability, it can land and take off almost anywhere. It can also fly very low and slow, and if the engine should fail, the rotor acts as a sort of automatic parachute to bring it safely to the ground like the maple seed that inspired its design. 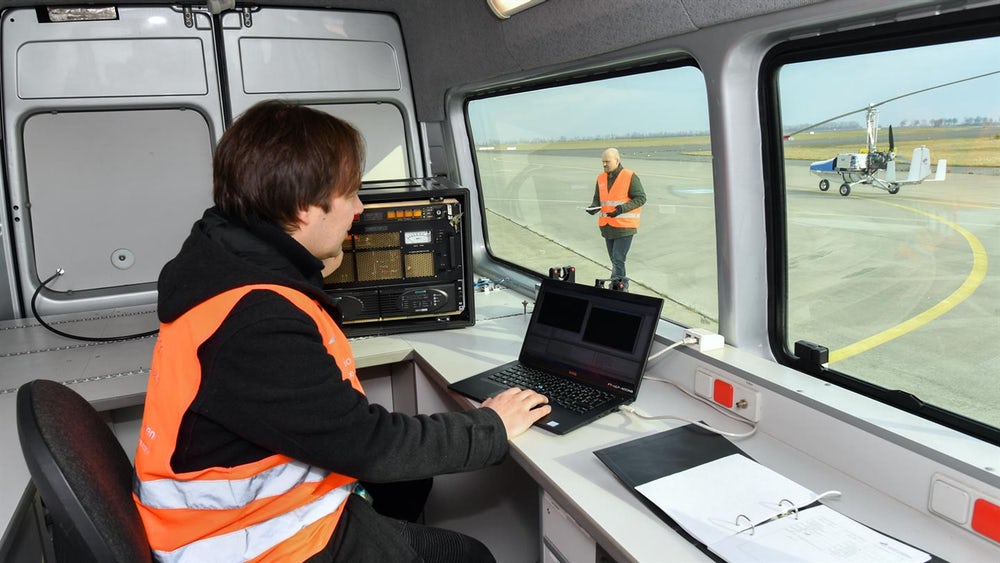 For the ALAADy system that’s been under development since 2016, DLR is working on an unmanned gyrocopter that can gradually be developed into a fully autonomous delivery UAV that can be used for both commercial and humanitarian tasks. The latest step in this quest came this month at the National Experimental Test Center for Unmanned Aircraft Systems in Cochstedt, Germany, when an unmanned, radio-controlled gyrocopter was put through a series of flightworthiness tests as a precursor to installing fully automated avionics.

“As part of DLR’s aeronautics research program, we are developing and testing a demonstrator for uncrewed freight transport, thereby opening up the prospect of carrying loads of up to 200 kg (440 lb) for distances of up to 500 km (310 mi) in lower-level airspace,” says Rolf Henke, Member of the DLR Executive Board responsible for Aeronautics Research. “Below normal air traffic, the concept allows for flexible operations on regional routes, away from populated areas.”

The latest gyrocopter is a 450-kg (992-lb) commercial craft that has been extensively modified. The seats have been removed and converted into a cargo bay, new sensors have been fitted, and control actuators installed along with a flight computer capable of autonomous operations. 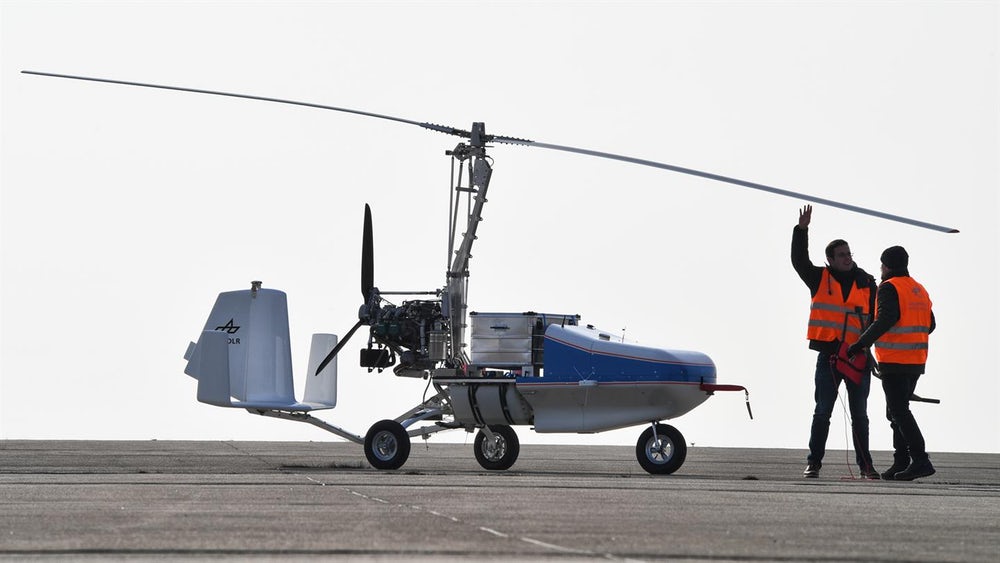 The seats have been removed to provide more room for cargo

According to DLR, several flight tests have been completed to altitudes of up to 150 m (500 ft) and speeds of up to 100 km/h (62 mph). Building on this success, the project will concentrate on making the gyrocopter autonomous.

“The next step is for the uncrewed gyrocopter to make its first automated flight,” says Sven Lorenz, leader of the construction and trial operation of the technology demonstrator at the DLR Institute of Flight Systems. “We are currently developing automatic flight control functions for all phases of flight: taxiing, take-off, cruise and landing.”

In order to achieve this, DLR has had to modify many systems, like throttle actuators, to make them more suitable for autonomous flight, as well as developing new flight procedures. Additionally, the center has had to work on the legal implications of such a UAV and how to integrate it into the conventional air traffic system over built-up, populated areas, and the logistics of existing air-fright firms.

Further information about other DLR research projects can be seen here: