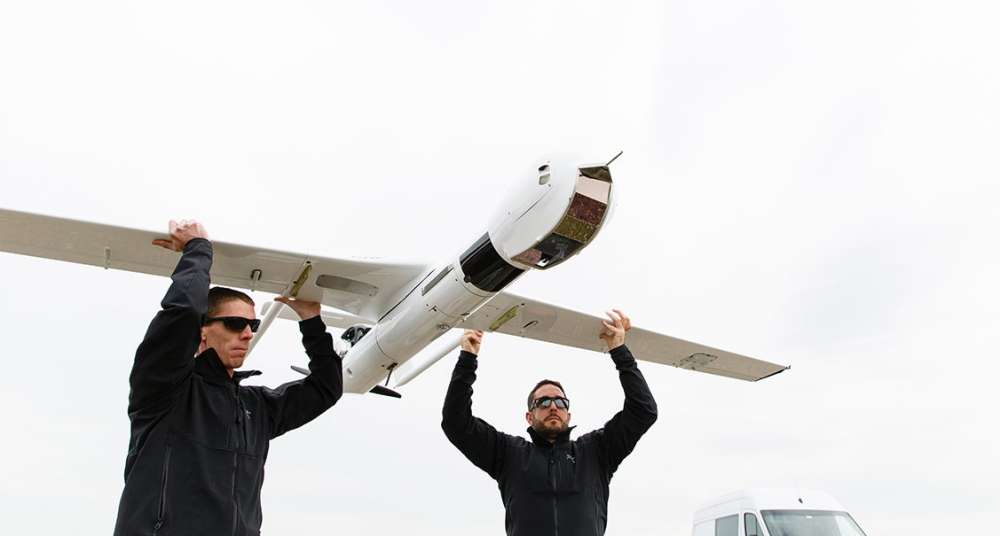 Jacob Leachman, associate professor in Washington State University’s School of Mechanical and Materials Engineering, has received a $1.8 million grant from the U.S. Army to demonstrate a liquid hydrogen-powered UAV and refuelling system.

UAVs running on liquid hydrogen can fly longer and farther than UAVs running on batteries and require significantly less maintenance than gasoline-powered UAVs. They also produce water vapor as the only emission. Crucially for the Army, they are also quiet.

“Our goal is to make hydrogen refueling of military vehicles more convenient and reliable than conventional hydrocarbon fuels,” said Leachman, who heads the HYdrogen Properties for Energy Research (HYPER) laboratory at WSU.

Unlike hydrocarbon fuels currently utilized by the military, hydrogen can be produced anywhere with access to water and electricity. To convert hydrogen into a liquid, it must be cooled to a very low temperature. Liquid hydrogen occupies a lot less space compared to its gaseous state, so a lot more of it can be packed onto a UAV, providing a much longer range of flight. This liquid hydrogen system will operate at less than 30 psi pressure so the storage tank is made lighter, essentially increasing the quantity of stored hydrogen. The HYPER lab specializes in working with hydrogen at low temperatures.

To create this lightweight tank, Leachman is working with Protium Innovations, a Pullman-based startup founded by former WSU graduate students. Protium is planning to use light-weight polymers instead of metal for the tanks, which will save weight, reduce time to fill the tank, and increase flight time relative to gaseous storage or traditional battery solutions.

“Every pound you can reduce in the tank’s weight means an extra pound of fuel the UAV can carry to stay in the air longer,” said Ian Richardson, co-founder of Protium.

Richardson’s team will have the liners for the tank 3D-printed to ensure optimal insulation.

“WSU is one of the few places in the country where we can test polymers at very low temperatures,” Richardson said.

More than a dozen WSU undergraduate students are working with Leachman and Richardson on the project this summer.

Part of the project will involve building a hydrogen liquefier – roughly the size of a small shipping container – that can be housed on a ship, military base, or remote fire station from where the UAVs could take off for surveillance and reconnaissance.

Advances in cryogenic refrigeration technology and electrolysis have recently made it possible to create a compact hydrogen refueling system, according to Leachman.

“We want to make the system small enough to be conveniently transportable by aircraft and to be useful in a military theater of operations,” he said.

The liquid hydrogen-powered UAV will begin test flights this winter. The grant provides funds to build an outdoor facility for testing liquid hydrogen fuel transfers. The facility will be constructed on the WSU-Pullman campus.