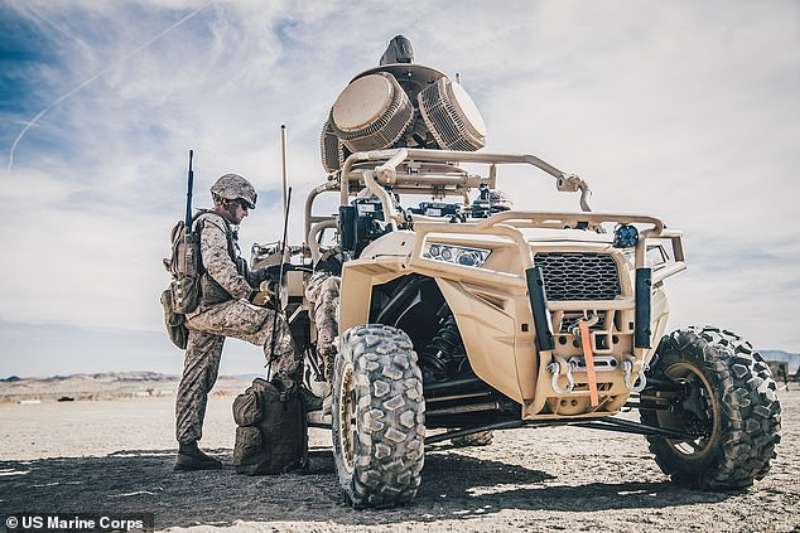 A new Marine Corps anti-drone system that attaches to all-terrain vehicles and can scan the skies for enemy aircraft from aboard Navy ships was responsible for destroying an Iranian drone, Military.com has learned. The Marine Corps’ Light Marine Air Defense Integrated System, is known as LMADIS.

The California-based 11th Marine Expeditionary Unit deployed to the Middle East with the LMADIS, the defense official said. That unit, which includes about 2,200 Marines, is currently on a six-month sea deployment with the Navy’s Boxer Amphibious Ready Group. 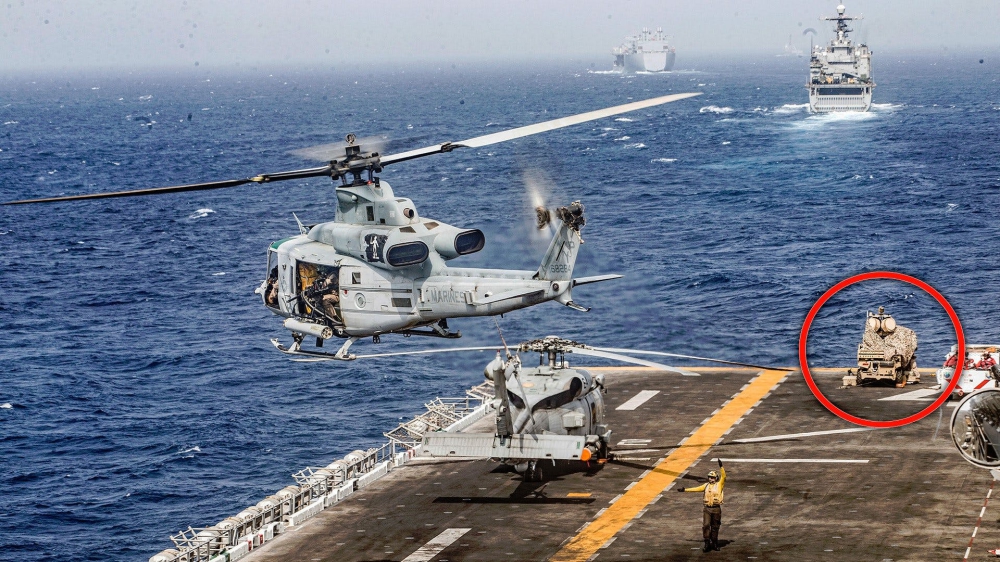 Pictures of the Boxer taken on July 17 as it made its way towards the Strait of Hormuz show the system – officially known as the Light Marine Air Defense Integrated System – on the flight deck. 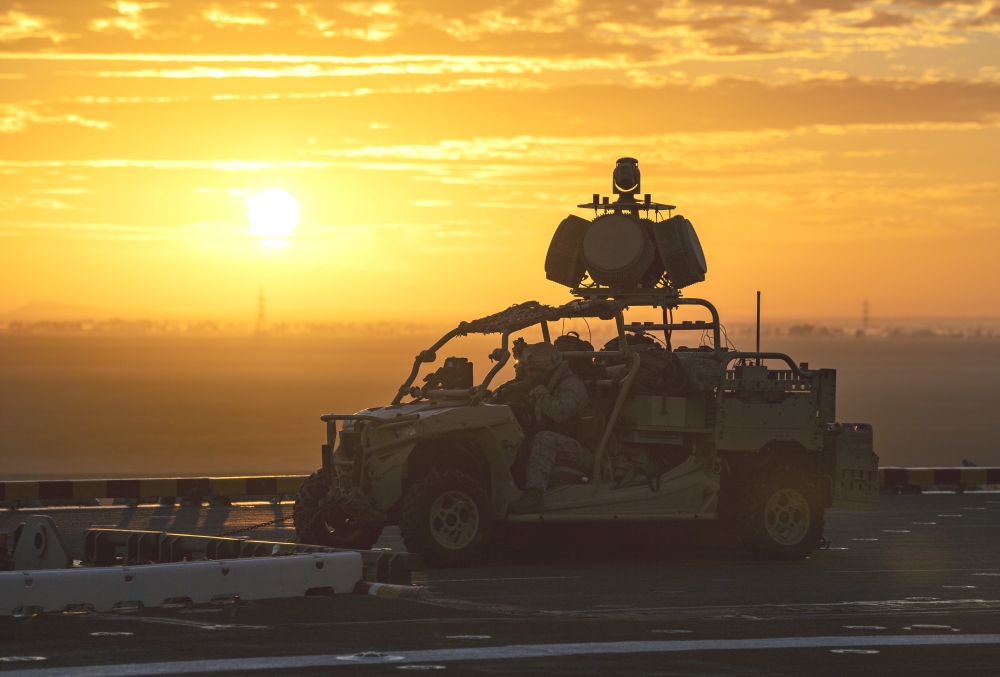 The system is comprised of two parts – the RADA RPS-42 radar system, and the CM202A sensor turret with infrared video cameras.

The radar can detect targets ranging from small commercially available drones up to bombers and passenger jets, at heights ranging from 30ft to 30,000ft.

The cameras – which are capable of tracking an object moving at very high speeds – can then be used to verify the radar signal.

A Modi signal jammer then directs high-powered electromagnetic signals at the target, disrupting radio signals between it and its control tower, causing it to crash.