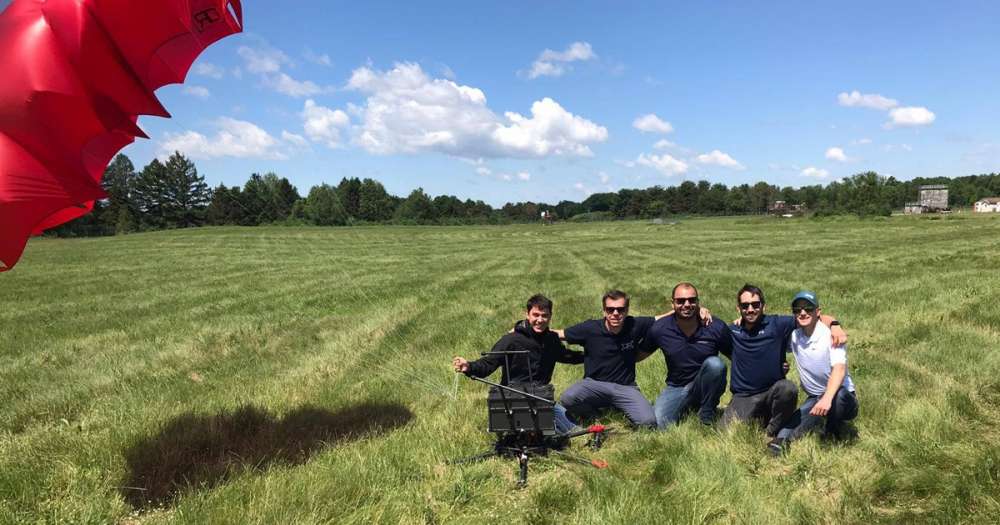 Through these rigorous tests, NUAIR is providing the unmanned aircraft systems (UAS) industry with the data and standards testing needed to unlock commercial operations. This announcement builds on a $30 million investment announced by New York State Governor Andrew M. Cuomo to develop the 50-mile UAS traffic management corridor between Syracuse and Griffiss International Airport, in Rome, New York to advance the growing UAS industry as part of the CNY Rising initiative.

This is the second parachute standard validation performed by NUAIR, advancing the potential for commercial drone package delivery and routine flights over people. Currently, the FAA prohibits most drones from being flown directly over people. Professional drone operators can apply for a waiver from that restriction if they can demonstrate they have robust safety mitigations in place including having a validated parachute.

“NUAIR’s testing at the New York UAS Test Site to validate the parachute on Flytrex’s package delivery drones is helping move this company and others toward commercial UAS activity that will build the drone industry and other industries in Central New York and the Mohawk Valley,” said Empire State Development President, CEO and Commissioner Howard Zemsky. 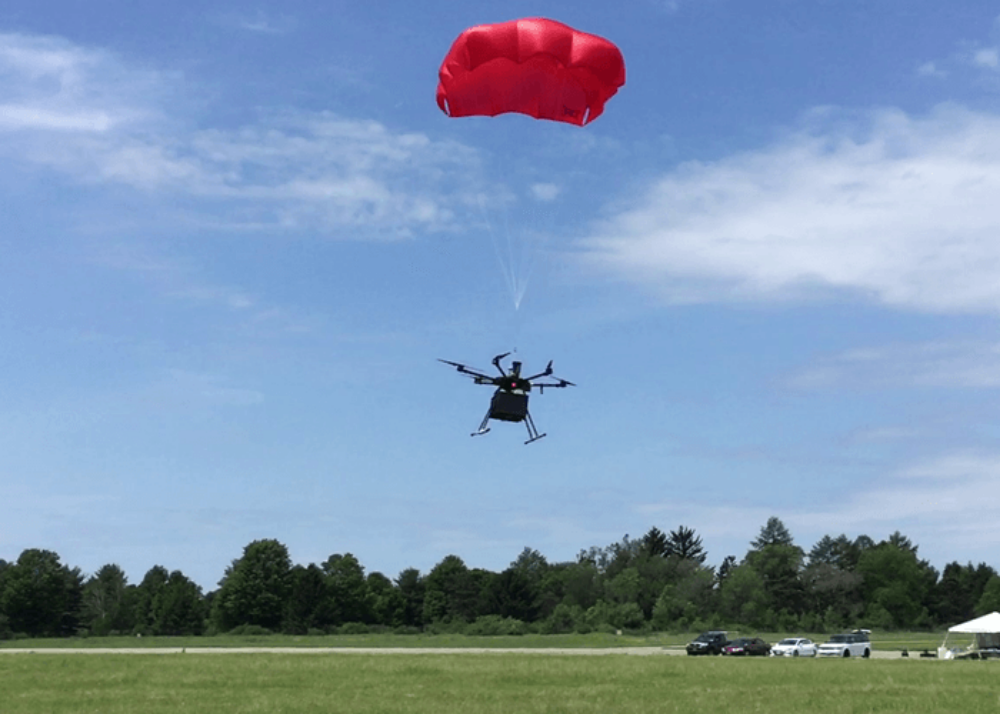 A pioneer in the space, Flytrex has already made impactful strides in safe drone integration as a part of the FAA’s Integration Pilot Program and with the successful validation of its parachute, makes even more advanced flights possible — ushering in a new era of on-demand delivery that breaks down industry limits and sets higher safety standards. Flytrex’s testing of the DRS-M600 parachute under NUAIR supports the recent announcement by New York State Governor Andrew M. Cuomo of a New York-Israel partnership, and the creation of a UAS Center of Excellence in the Mohawk Valley to be led by NUAIR.

“When it comes to commercial drone operations, safety has to be a main priority,” said Yariv Bash, CEO and co-founder of Flytrex. “We chose to work with Drone Rescue Systems [DRS] not only because they are the experts when it comes to keeping drones safely above our heads, but also because we share the same vision of making commercial drones a viable option by upholding the highest safety standards. Our confidence in these tests is bolstered by NUAIR’s strong track record, having managed the testing of the world’s first certified parachute recovery system. NUAIR is at the forefront of safety regulation, and we’re pleased to be testing with an experienced and capable partner.” 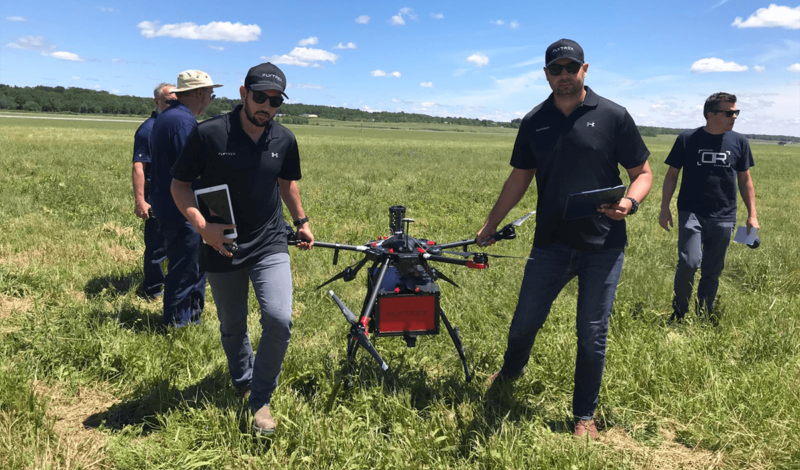 “We are looking forward to working with Flytrex because we both share the same vision of safe commercial drone usage and the belief that high quality products are needed,” said Andreas Ploier, CEO of Drone Rescue Systems. “The testing by NUAIR with their strong record is an important milestone for our companies and the industry in general, making DRS the first company that passed the ASTM certification for the DJI Matrice 600 drone.”

Drone Rescue Systems’ M600 parachute is designed to reduce the risk of harming people on the ground, by bringing down equipment safely, in the event of a drone malfunction. Its patented mechanism deploys a parachute within milliseconds and only takes a few minutes to re-pack the system and relaunch the drone. The DRS-M600 is equipped with a traceable “black box” which stores flight data, much like those on manned aircraft, so in the event of a malfunction, the data can be recovered and analyzed to determine why the parachute was deployed. 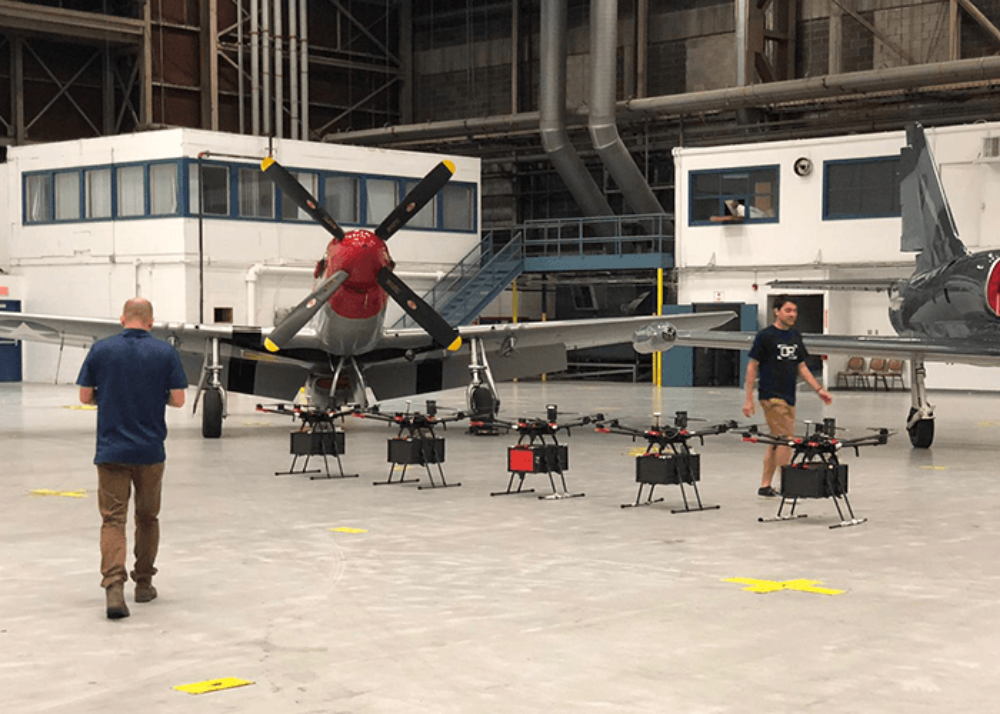 NUAIR, which manages the FAA-designated New York UAS Test Site at Griffiss International Airport in Rome, put Flytrex’s DRS-M600 equipped DJI Matrice 600 Pro through 45 functionality tests across five different failure scenarios. The tests were successful, proving that the DRS-M600 complies with the American Society for Testing and Materials (ASTM) International Standard specification for small UAS parachutes, opening the door for Flytrex to get a waiver to operate its drone over people. The ASTM consensus standard was developed by the FAA and other industry stakeholders in late 2018 after more than a year of work.

“NUAIR is proud to provide companies with this level of standards testing at the New York UAS Test Site,” said Tony Basile, chief operations officer at NUAIR. “Such tests and partnerships support our mission to safely integrate unmanned aircraft into the national airspace. We look forward to continuing to validate industry leading technology, supporting the ever-growing commercial UAS industry.”

NUAIR is an organizational partner of CenterState CEO. The organizations are strategically aligned in their efforts to build public and private partnerships to advance leading edge UAS and UAS traffic management technologies, and create a hub for the industry that will attract investments and business development.