All safety, efficiency and economic indicators show that air travel in the United States is strong, according to the FAA Aerospace Forecast Fiscal Years (FY) 2019-2039 (PDF). With aircraft operations expected to increase more than 25 percent over the next 20 years, the FAA is advancing major airspace modernization and infrastructure improvements to meet this tremendous projected growth.

In 2018 LAANC continued to routinely provide auto-approval. It has provided, so far, over 47,000 auto-approvals for airspace access requests, while sending over 7,000 for further coordination. LAANC authorizations are facilitated by combining UAS facility maps (UASFM) that provide maximum allowed altitudes around airports where the FAA may authorize Part 107 UAS operations without additional safety analysis. The UASFMs are used to inform requests for Part 107 airspace authorizations and waivers in controlled airspace. 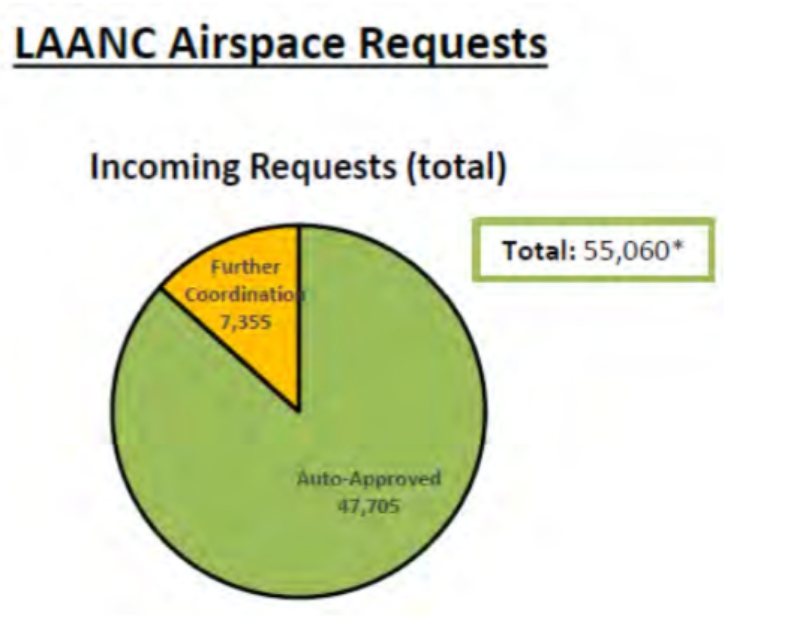 In addition to UAS, another rapidly growing aerospace field is commercial space transportation. The FAA, which licenses and regulation this industry, projects that commercial space launch and re-entry operations will increase from 35 in 2018 to an estimated 56 in 2021.

The FAA aerospace forecast is the industry-wide standard of measurement of U.S. aviation-related activities. The agency uses data, trends and other factors to develop the forecast, including generally accepted economic projections, surveys and information sent by the airlines to the DOT. Additionally, the scope of the report looks at all facets of aviation including commercial air travel, air cargo and private general aviation.

To learn more about the projected growth in aviation, a fact sheet is also available.