Long the plaything of hobbyists, small UAVs are fast becoming the latest gadget in military scouting.

In November 2018, the US Department of Defense (DoD) ­began accepting proposals for commercial UAVs to be used as the US Army’s Short Range Reconnaissance (SSR) unmanned air vehicle (UAV). The SSR is intended to be an inexpensive UAV that can be carried in a soldier’s backpack, assembled and launched in less than 2min.

These tiny UAVs must be able to take off and land vertically, and are intended to give small tactical units, such as a platoon, quick intelligence, surveillance and reconnaissance information about enemy forces at the end of a street or over the next hill.

The DoD wants the UAV to have a 30min flight endurance, 1.62nm (3km) operational range, 8,000ft service ceiling and the ability to fly in 15kt (28km/h) winds or greater. The SSR programme’s desired price point for the airframe is $2,000, and another $2,000 for the optical sensor package.

The UAV should also have a maximum volume of 10 litres, with total take-off weight not exceeding 1.36kg (3lb). It should have a camera to take pictures with a minimum of 16 megapixel resolution, as well as the ability to record high definition full-motion video.

The army is also pursuing the acquisition of small UAVs through its Soldier Borne Sensor programme. The ultimate goal of that effort is to field one UAV to nearly all of the more than 7,000 squads in the service – typically, a group of seven to nine soldiers.

“The main purpose of this mission is to provide security, safety and alertness to the soldiers as to where the enemy is at all times,” says Sunny Koshal, chief of the soldier support branch at the US Army’s Rock Island Arsenal Joint Manufacturing and Technology Center in Illinois.

The first contract award for the Soldier Borne Sensor programme was awarded to FLIR Systems in January 2019 to deliver its Black Hornet nano-UAV, a finger-sized, helicopter-like drone that can carry electro-optical and infrared ­cameras. Weighing less than 33g, the tiny UAV has 25min of flight endurance and can zip through the air at 11.6kt, allowing soldiers to investigate dangerous hiding places such as darkened buildings, caves and pipes in daylight, low light and at night.

The number of UAVs ordered for the Soldier Borne Sensor programme has not been disclosed, although the service has previously said it wanted a first tranche of 2,400 systems.

The Black Hornet has become quite popular in recent years. FLIR Systems says it has delivered more than 8,000 examples to the US Army and US Marine Corps (USMC), as well as to counterparts in Australia, France, Norway and the UK.

FLIR is perhaps best known as a manufacturer of infrared cameras, but the company entered the UAV market in 2016 when it acquired the maker of the Black Hornet, Prox Dynamics of Norway, for $134 million. In January 2019, it also acquired small quadcopter manufacturer Aeryon Labs for $200 million.

FLIR did not respond to multiple requests for an interview.

Another popular UAV is InstantEye Robotics’ Mk-2 ­quadcopter. In February 2018, the USMC ordered 800 examples of the UAV as part of an experiment named “Quads for Squads”.

In light of growing military ­interest in small UAVs, AeroVironment, which is the US military’s largest supplier of tactical reconnaissance UAVs, jumped into the market in 2017 when it unveiled the Snipe Nano UAS quadcopter. This has foldable rotor struts, weighs less than 142g and can be readied and flying in less than 60s. It has a flight endurance of 15min and a top speed of more than 19kt.

Steve Gitlin, AeroVironment’s vice-president of corporate strategy, says advances in electronics have allowed manufacturers to shrink down components to ­previously unfeasible sizes, while also reducing prices. “It’s a natural evolution that includes more ­advanced capabilities, as well as being able to deploy them at lower and lower levels of the force structures,” he says.

When looking to the future of micro UAVs, he expects capabilities, including sensor payloads, to continue to expand ­– while the size of the aircraft should continue to shrink. “If you look at the evolution of the technology, we are at the very early phases.” 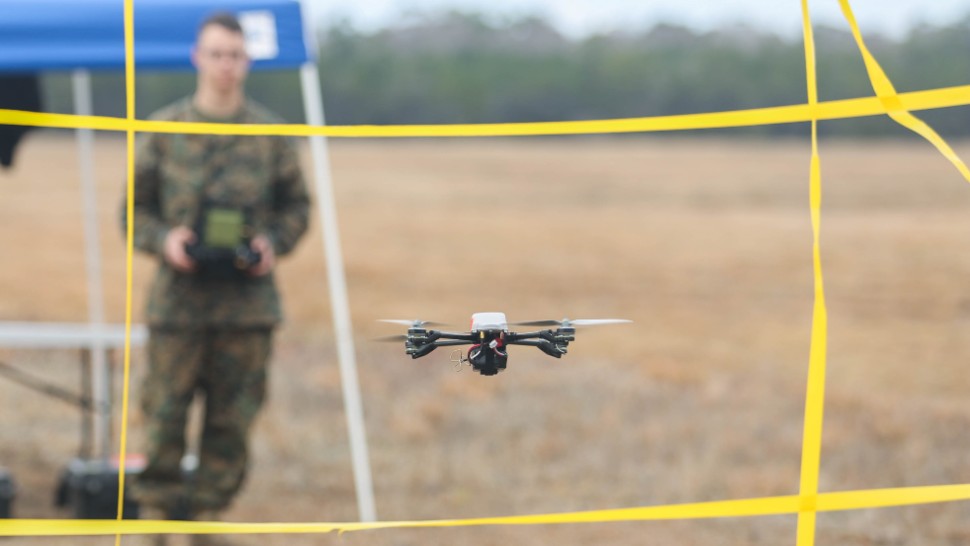