Fresh from achieving its first flight in March, Turkish Aerospace showcased a full-sized mock-up of its Anka-Aksungur medium-altitude, long-endurance unmanned air vehicle (UAV) at the IDEF exhibition in Istanbul.

The twin-engined Aksungur features a twin-boom design and is significantly larger than the company’s existing Anka offering. It boasts a 750kg (1,700lb) payload and the ability to stay aloft at a service ceiling of 40,000ft for 40h fitted with an electro-optical/infrared (EO/IR) sensor. At its maximum payload capacity, including weapon systems on its underwing hardpoints, the UAV can fly for 12h.

Other equipment shown with the model at IDEF included a synthetic aperture radar pod and a variety of weapons, while its potential as a maritime surveillance platform was also demonstrated, with a wing-mounted sonobuoy pod.

The prototype Aksungur has completed two test flights, the most recent performed during April. In both cases, the UAV’s automatic take-off and landing system was used. 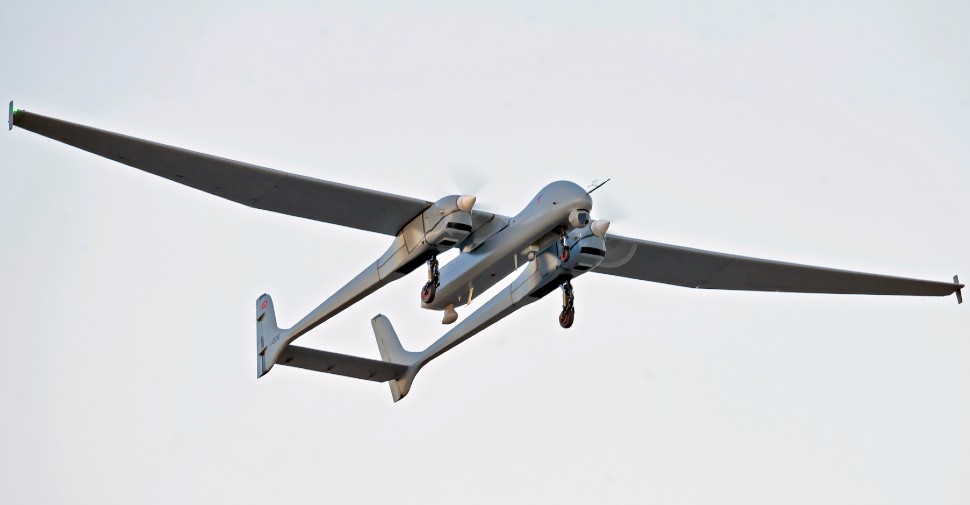 Turkish Aerospace tells FlightGlobal that munitions are likely to be integrated onto the platform by the last quarter of 2019, with company qualification to be performed by the end of the year and customer demonstrations to be conducted early in 2020.

Aksungur has not yet received any funding or orders from the Turkish government, and remains a company-funded project for now.

While the airframe, wing and landing gear are newly developed for the programme, the new UAV retains commonality with the Anka family, particularly in terms of internal systems and avionics. It can also be flown using the in-service model’s existing ground control station.

The aircraft currently uses engines sourced from Germany, although its developer plans to integrate a more powerful variant of the indigenously developed PD170 turbodiesel from Tusas Engine Industries (TEI). This is expected to produce 222hp (165kW), compared with a current maximum of 170hp. The TEI product is planned to be integrated and qualified with the Aksungur by the end of this year. 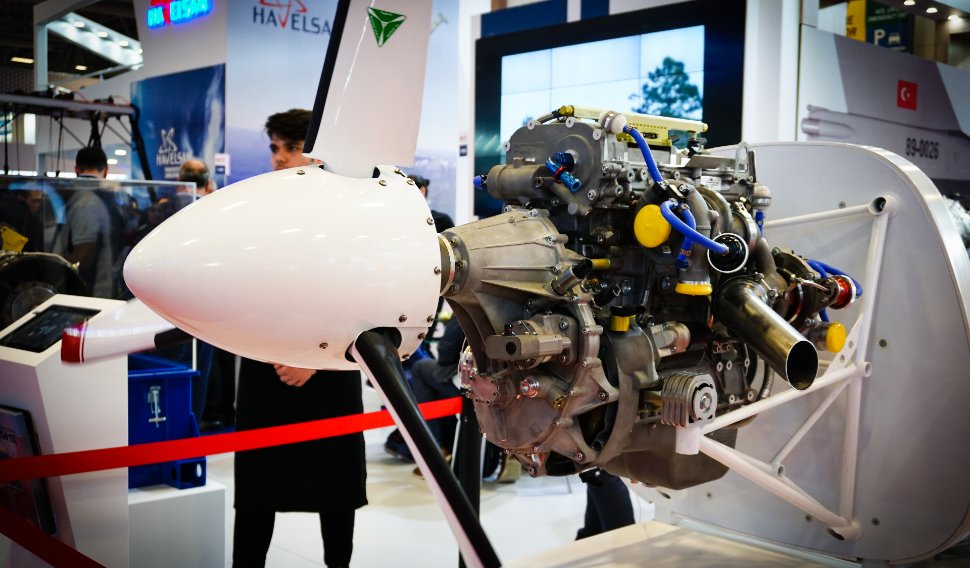 Last December, the PD170 was flown on the Anka-S, and engine qualification on this platform is also expected before the year end.

Turkish Aerospace is still searching for all-important export customers for the Anka family, with the company recently pushing for sales in Indonesia. The single-engined type has now completed 20,000 flight hours with the Turkish armed forces.